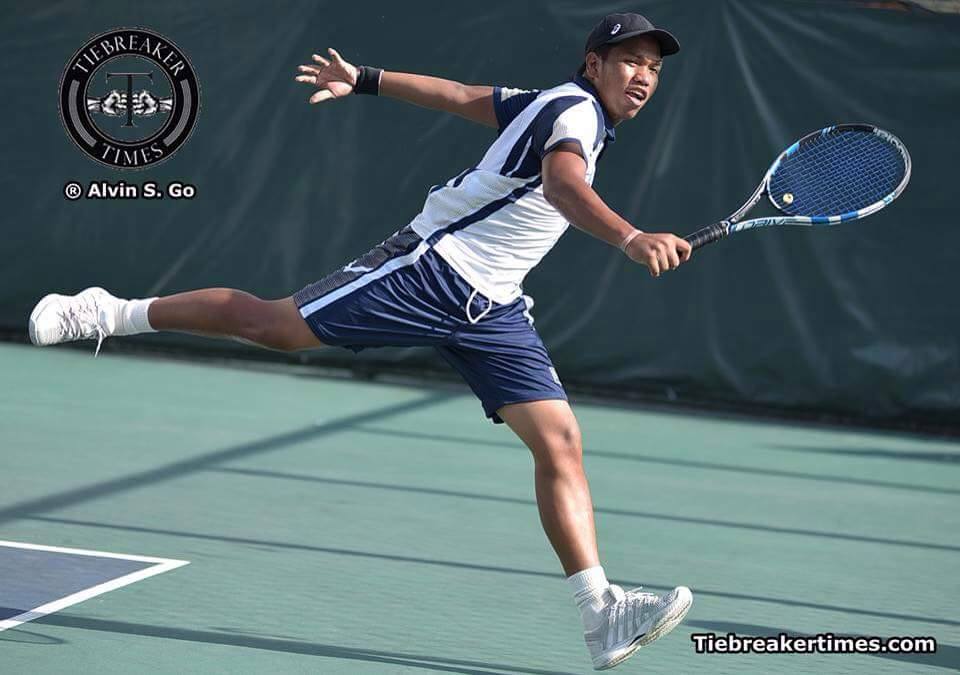 Reigning champions National University Bulldogs asserted their might against championship contenders University of the Philippines, 4-1, to register their ninth straight tie victory this season – one win away from another twice-to-beat-advantage in the title round, Sunday at the Rizal Memorial Tennis Center.

Former Most Valuable Player and graduating senior Leander Lazaro outlasted fellow veteran Gelo Esguerra in two gruelling sets to get the first singles match for NU. Lazaro and Esguerra won their service games up to 6-5 with the Bulldog leading. NU then managed to break Esguerra’s last service game en route to the 7-5 first set victory. After the Maroon threatened a comeback in the following set and forced a tiebreak, Lazaro sealed the deal with 5 unanswered points, 7-4.

In the second singles match, UP rookie Vince Salas cruised past Dheo Talatayod in the opening set at 6-2. The NU veteran then got his game going in the following frame, while Salas had some problems with his shots. Talatayod took a solitary break advantage and clinched the second, 6-4. In a certain play during the set, Salas tried to reach for the ball, but hit the fence on the attempt. The rookie played the first game of the decider, but was ultimately forced to retire because he could not move his right hand.

Jigo Peña and Al Madrio took the first doubles match to seal the reigning champions’ ninth win, but not without the strong challenge of UP sophomore Elijah Arevalo and veteran GBoy Mariano. The two teams exchanged service breaks and holds in the first set, which subsequently reached tiebreak. It was a similar story in the extension, until Madrio and Peña got a mini-break to steal the set. In the second set, UP mounted a comeback rally to force a third set, but NU’s solitary break advantage gave them the victory.

Reigning MVP Fritz Verdad closed out the rout against UP junior Joshua Cano. The Maroon continued his impressive performance in the first few games of the match. Verdad and Cano would not budge in opening frame, before the NU stalwart stole a game on UP’s serve and took it, 7-5. Cano then succumbed to errors in the following set, and Verdad emphatically finished the match at 6-0.

Team Captain Joshua Miranda and partner Kyle Joseph saved the day for the Maroons with a straight-set win in the second doubles match. UP posted similar 6-4 score lines against Allen Manlangit and Francis Alcantara in either set of the match. Miranda and Joseph controlled the start of both frames, while NU played catch up. Nonetheless, the Maroons emerged with the win on the account of a break advantage in the two sets.

The last day of eliminations on Wednesday will be crucial. NU take on the upstart Ateneo de Manila University Blue Netters in the final tie. Earlier in the day, UP will attempt to seal their Finals return when they battle with winless De La Salle University Green Netters.

If UP win their tie against La Salle, they will automatically clinch the second Finals slot. Otherwise, Ateneo need to win their pairing against NU to force a playoff for the title berth with the Maroons.