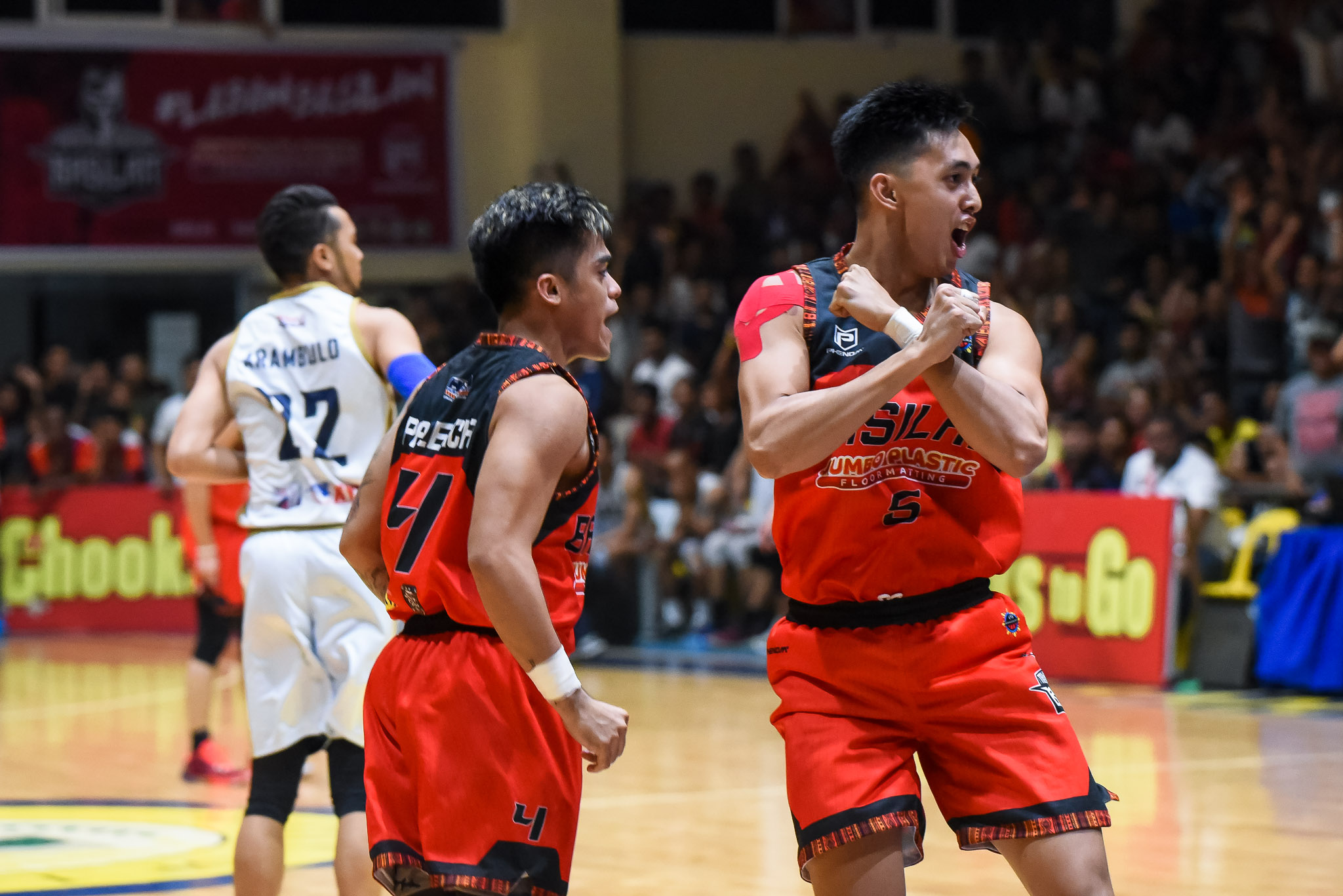 BASILAN — Basilan-Jumbo Plastic turned to Allyn Bulanadi in the clutch to outlast Iloilo-United, 70-63, to advance to the 2020 Chooks-to-Go/MPBL Lakan South semifinals, Monday at the Lamitan Gymnasium here.

Down by three points with under two minutes left in the fourth frame, Iloilo’s Al Tamsi fired a huge three-pointer to shackle the scores at 63-all.

However, after botching a three-point attempt, Allyn Bulanadi atoned for his mistake and attacked the basket to give Basilan a two-point edge, 65-63, with 1:27 left.

Jay Collado iced the game after converting two from the line with 21.2 left to play.

Collado finished the game with a double-double performance of 18 points and 10 rebounds on top of three assists and two blocks.

Jhaps Bautista chimed in 12 points and three dimes while Bulanadi, who scored five of Basilan’s last seven points, ended up with 11 markers and five boards.

On the other hand, Tamsi paced the Royals with 16 points founded on four three-pointers.

Iloilo had to finish the game without lead gunner Richard Escoto who suffered a right ankle sprain with 32.9 left in the third period after landing on Bobby Balucanag’s foot off a three-point attempt. Balucanag was assessed with a disqualifying foul.

Basilan will battle Bacoor City in the semifinals of the South Division.