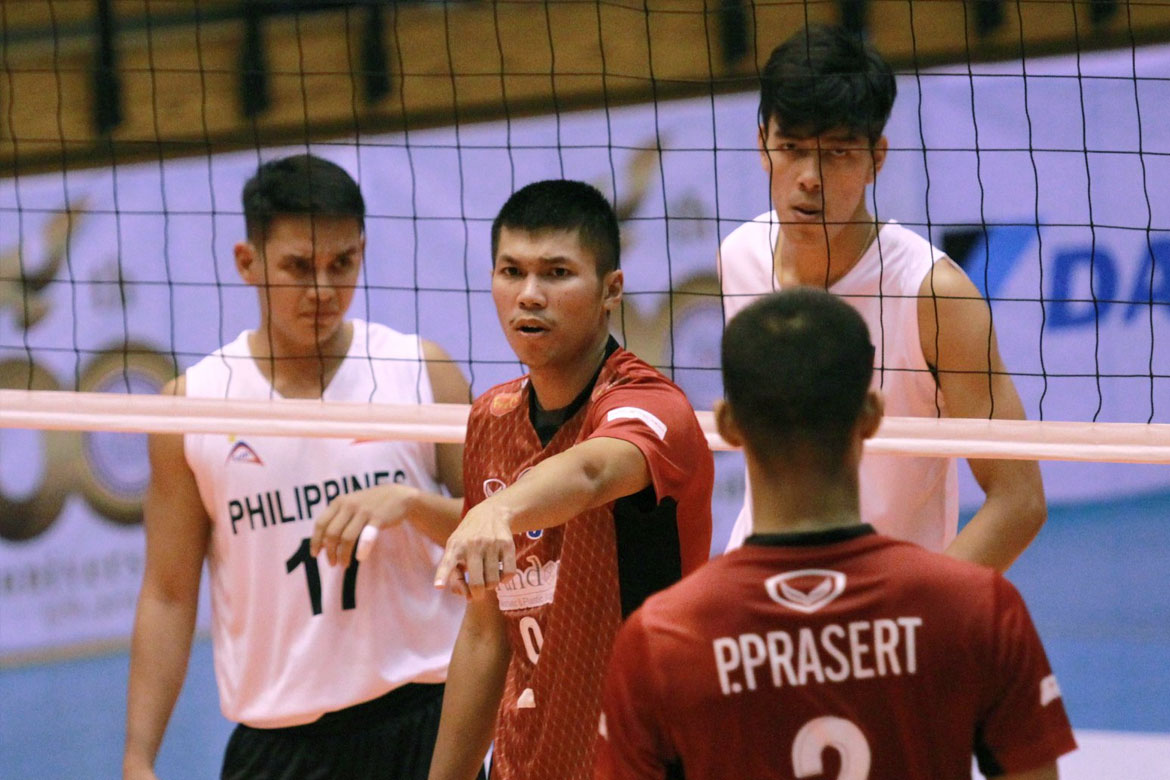 After dropping their tournament opener, Bryan Bagunas made sure to show the Thais that they will not go down easily in the 2019 Thailand Open Sealect Tuna Volleyball Championships in Sisaket.

Last Friday, Rebisco-Philipines fell victim to reigning Thailand League Most Valuable Player Kantapat Koonmee and the Royal Thai Air Force, losing their first game of the preliminary round and leaving their playoff hopes hanging in the balance.

The Nationals had trouble at the receiving end of the court, leaving them defenseless against Koonmee’s emphatic attacks.

With the odds turning against their favor, the 21-year-old made sure that they won’t get caught up on the same mistake twice.

The 6-foot-5 spiker out of NU was on-point against Fine Chef, unloading a team-high 22 points built on 18 attacks, two aces, and two blocks while Marck Espejo provided 15 markers for Rebisco.

With the Nationals finally picking up their rhythm, Bagunas noticed a lot of positive points from his squad, but one that stood out for him is the team’s on-court communication.

Rebisco finished the preliminaries with a 1-1 win-loss slate. Royal Thai Air Force must win their match against Fine Chef on July 7 to assure the Nationals a seat in the semifinals.

The top two teams from each bracket will advance to the semifinals on July 8, Monday.