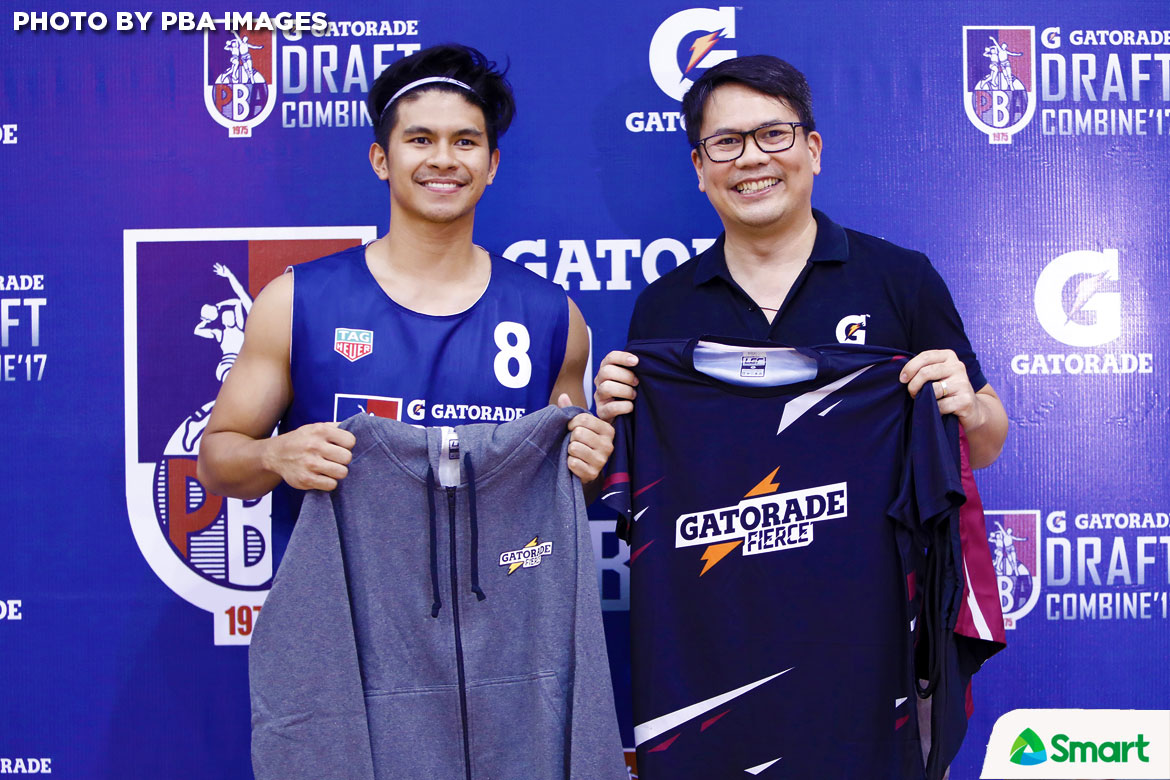 When Kiefer Ravena threw his name in the 2017 PBA Draft last October 9, there was a sense of relief in the Ravena household. Finally, Kiefer will enter the real world quipped his father Bong.

It took two long years before Kiefer decided to join the PBA as the 23-year-old went on a personal odyssey in America before joining numerous local club teams like Mighty Sports-Philippines, Alab Pilipinas, and Chooks-to-Go Pilipinas.

Though many club teams feared that Kiefer’s skill set would be affected by this long delay, the fears were quickly put to rest during the anthropometry and performance tests of the 2017 PBA Draft Combine Monday afternoon.

The 6-foot guard topped three of the five tests that even caught Bong by surprise.

“I was surprised, actually very surprised. He topped three of the five tests!” gushed Bong, who is an assistant coach with TNT Katropa.

“He is trained as a competitor talaga, he did not take it slow. Go hard lagi siya.”

And this competitive fire in Kiefer is what will make him flourish in the big league, especially if all goes as planned and coach Yeng Guiao drafts him to the NLEX Road Warriors.

“I’ve been with coach Yeng since amateur pa ako,” shared Bong, who had a stellar 13 year career in the PBA.

“I know coach Yeng na matuturuan niya ng mabuti si Kief both on and off the court. Si Kief naman is very coachable.”

Safe to say, Bong Ravena is just as excited as everyone else about Kiefer’s bright future in the PBA.