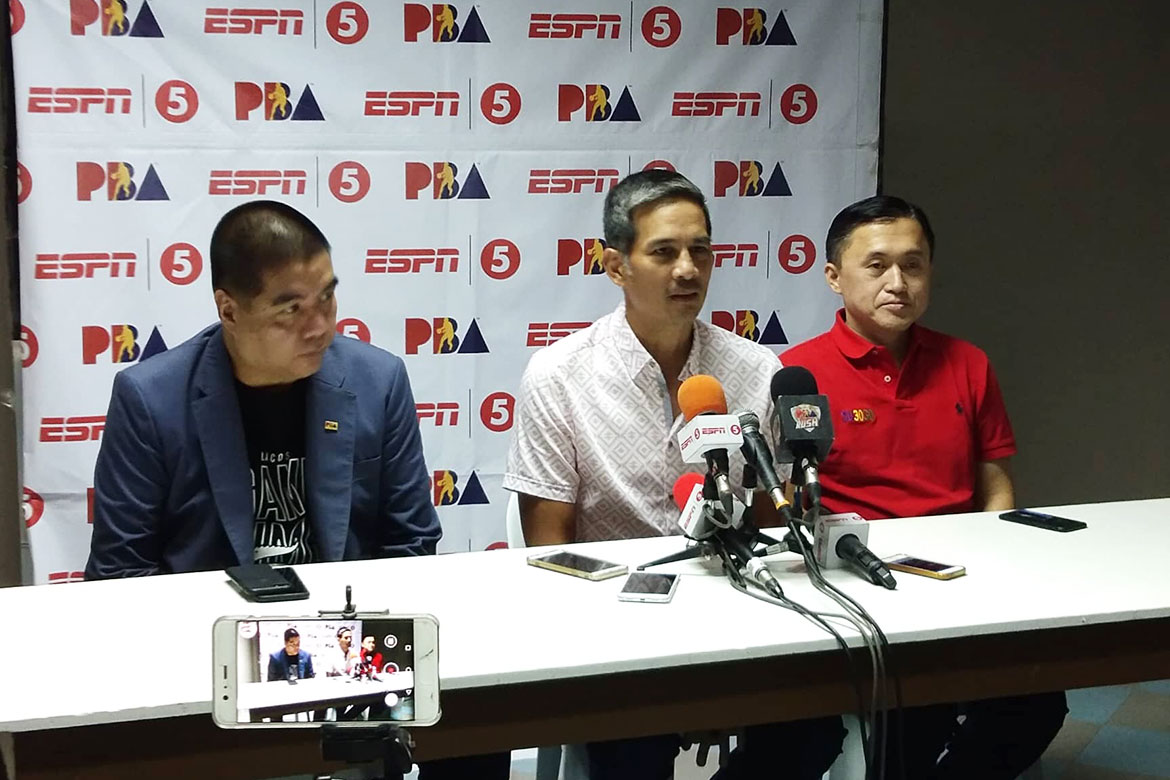 Former Special Assistant to the President Bong Go will be Gilas Pilipinas’ head of delegation in the fifth window of the FIBA World Cup Asian Qualifiers, when the Nationals host Kazakhstan and Iran on November 30 and December 3.

The announcement was made on Sunday evening, during the halftime break of Game One of the 2018 PBA Governors’ Cup semifinals series between the Meralco Bolts and the Alaska Aces at the Ynares Center in Antipolo City.

“We would like to announce [former] SAP Bong Go as head of delegation to Gilas in the next window,” said Samahang Basketbol ng Pilipinas president Al Panlilio, along with PBA commissioner Willie Marcial and Go himself.

According to commissioner Marcial, the idea of Go being Gilas’ head of delegation was pitched by new national team head coach Yeng Guiao – Guiao and Go have known each other since the former became a congressman.

Go’s relationship with the Philippine national cagers has deep roots.

The SBP has always been vocal about Go’s role in the Philippines’ return to the 2018 Asian Games last August, when the federation initially backed out of the quadriennial tilt as they had seemingly been unable to form a formidable lineup.

According to Panlilio, Go will attend Gilas’ practices and tune-up games heading into the Qualifiers’ fifth window. The flagbearers will commence their preparations on Monday, November 12, at the Meralco Gym in Pasig City.