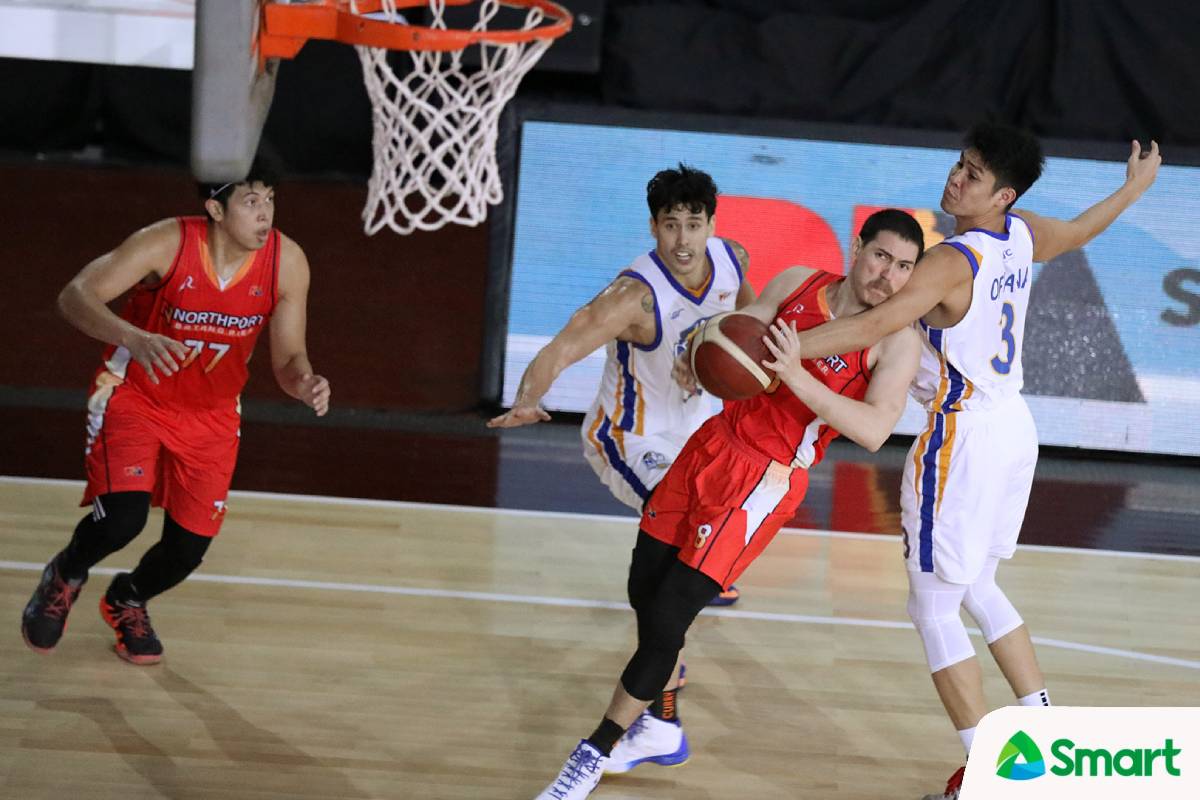 NorthPort main man Robert Bolick admitted that playing back-to-back games has become even tougher to bear in the present times.

The young star said as much Sunday evening, moments after the Batang Pier’s 96-94 escape versus NLEX in the 2021 Honda PBA Philippine Cup. This, just a day after dealing a once-hot Terrafirma with a harsh 104-84 drubbing.

Lots have changed in the time of Corona. And like many others, pro sports have been affected as well. For the second year in a row, PBA games are taking place in a controlled environment to ensure the safety of all involved.

So, that means members of each team – from players, coaches, and staff – are making the big sacrifice of being away from their families.

But then, Bolick has no complaints whatsoever. The longing that he and his teammates feel for their loved ones is just one of the many sources of inspiration for a team that has been embattled this season.

And that has been showing on the court. Sunday’s two-point squeaker from the gutsy Road Warriors capped off an incredible return for the Batang Pier. They won all three of their games in their first week back in action.

Bolick himself led the way for NorthPort, tying his career-high 26 points – including 17 in the third quarter. He shot 50-percent from the field, and also had five assists, three rebounds, and two steals in nearly 39 minutes.

The young ball club is now in the midst of a fiery streak, and it does not have any plan to slow down. Bolick is keen to lead his side to rise this conference, believing they could do so with the current pieces they have.

Their latest win couldn’t have come at a better time for Bolick, since it happened on the eve of his 26th birthday. And he only has one wish.