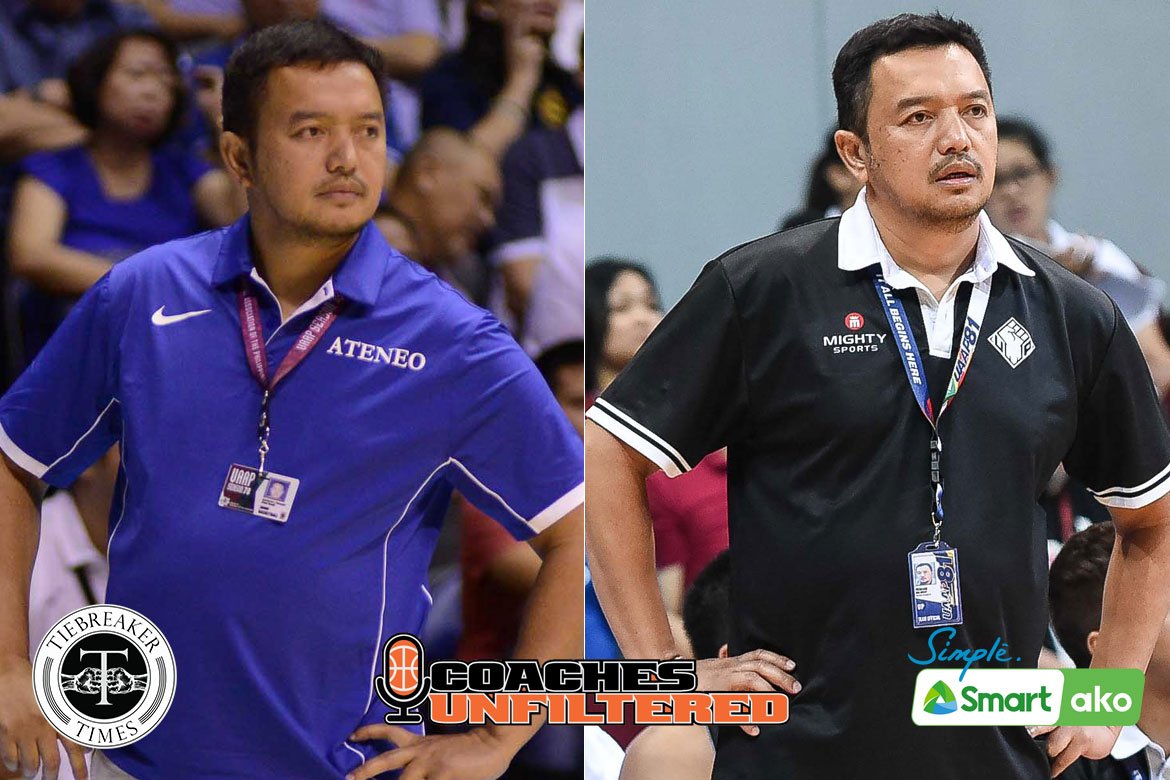 When Bo Perasol was tapped to coach Ateneo de Manila University back in 2013, he thought that the transition would be simple.

Having been trained to coach in the pros, Perasol might have been thinking that it was just the same game — basketball.

But comparing the professional and collegiate games is like comparing apples to oranges.

“The one thing that I readily noticed right away when I took over Ateneo, it was already Ateneo. Wala ka nang gagawin eh,” Perasol shared during Coaches Unfiltered, presented by SMART Sports and supported by Mighty Sports and Choi Garden.

Of course, there’s a different culture in coaching in the PBA and a blue-blood program like Ateneo.

There is pressure from the community to deliver. There are fans who are very rabid.

And then the collegiate game does not stop. The recruitment wars go on even during the season. It’s a 365-day a year job.

During his time with the Blue Eagles, Perasol steered Ateneo to a fifth-place finish in his first year, before making it to back-to-back Final Fours in Seasons 77 and 78.

The UP product then went to the UP Fighting Maroons in Season 79.

But his stint with UP greatly differs from Ateneo. And he brought that change in perspective to the other side of Katipunan.

“You cannot build a program without funds.

“You cannot just make it happen in a vacuum eh. Parang usapan na, let’s build a program. If you do not have funds, just like in business… I mean you can build a business, start small, pero ang game mo mababa lang talaga eh, ‘no?” shared Perasol, who guided UP to the UAAP Season 81 Finals.

In UP, Perasol also handles the role of program director for the men’s basketball program. And he is just grateful that the Nowhere To Go But UP Foundation has helped him secure blue chip recruits like the Gomez de Liaño brothers, Bright Akhuetie, Kobe Paras, Ricci Rivero, Carl Tamayo, and Gerry Abadiano, among others.

“The good thing about UP is there are millions of alumni all over the world, and there are a lot of successful people and businessmen who are willing to help.

“That is why Palawan Express is there — although JJ Atencio is an Atenean, but he saw our potential also. The Robinsons group is there. So malaking bagay ‘yung nakikita nila na there is direction, there is an organization. You cannot just get these corporate giants to support you without having those, although most of their executives are from UP,” he closed.