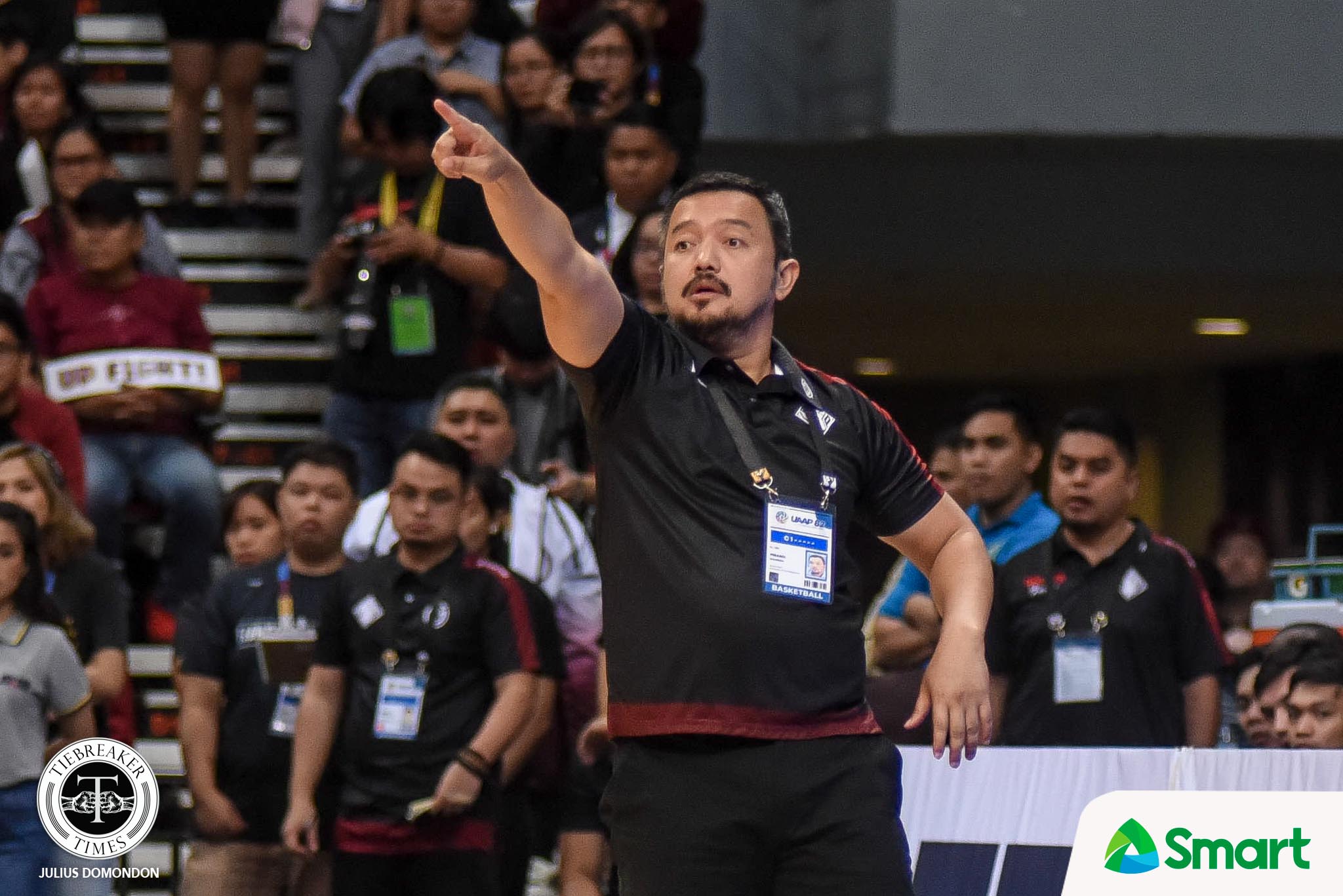 Right after University of the Philippines’ 64-86 loss to Ateneo de Manila University, there was no semblance of sadness on the faces of Bo Perasol and the rest of the Fighting Maroons.

After all, Perasol made sure to focus on their few bright spots in that game and use them moving forward.

“As far as I’m concerned, I tried to erase right the way that the bitter loss that we had against Ateneo because we need to focus on the positives that we had.

“We cannot discount the fact that we are 9-5, we’re a lot better than the 8-6. So, I think that we have done pretty well to be number two, but it’s also important that we cannot stay there. We have to move forward, we need to anticipate what’s ahead of us and prepare hard for that next game,” shared Perasol.

Perasol offered no excuses for the thrashing they received from the Blue Eagles.

The Fighting Maroons allowed their neighbors to shoot a whopping 53-percent from the field, while letting them  move the ball around to the tune of 22 assists. Moreover, UP committed 21 errors that led to 24 easy points for Ateneo.

The UP head coach admitted that they’d needed a reality check after experiencing the highest of highs last Sunday when UP booted out La Salle in Antipolo. 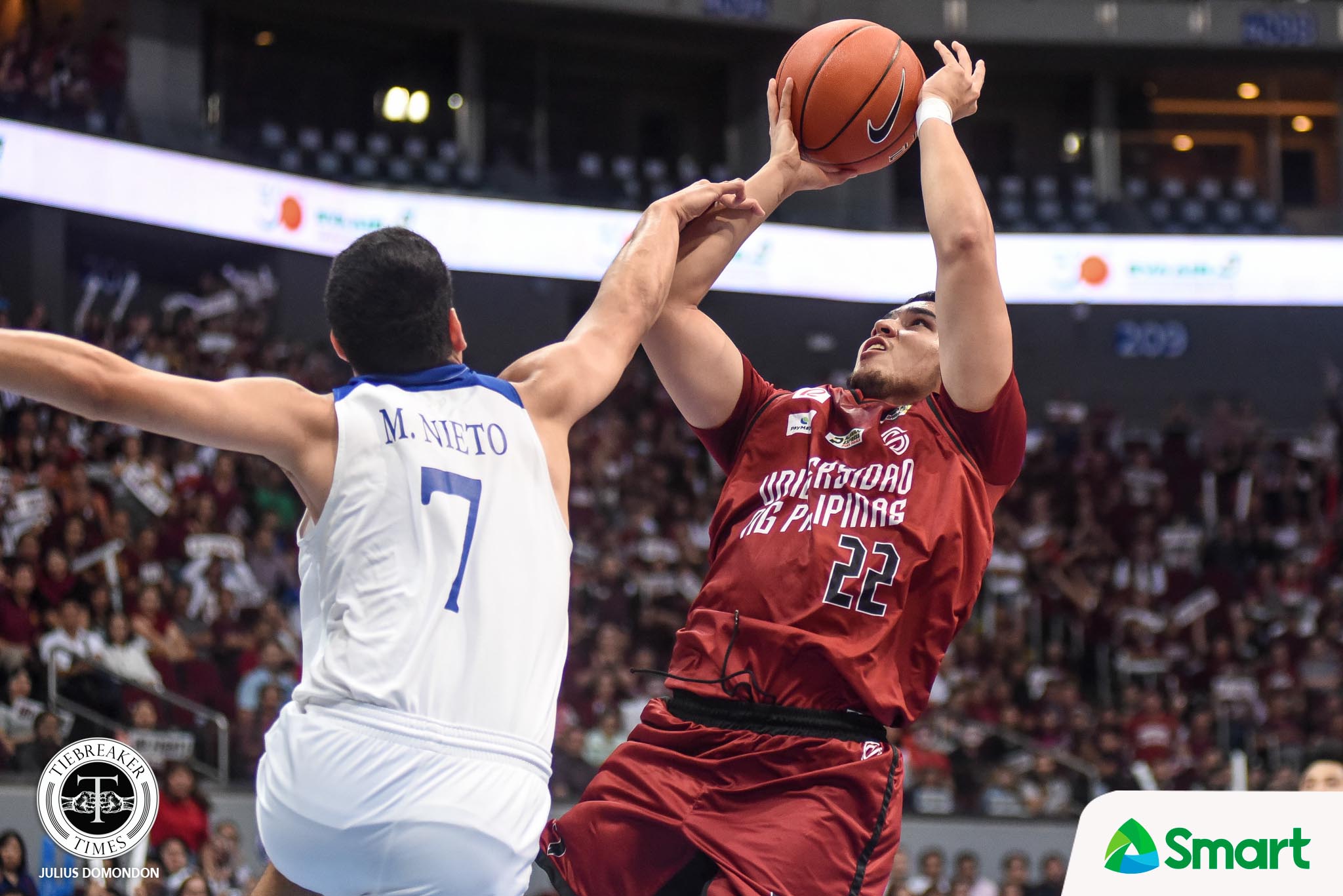 “I don’t want to make excuses about it. The point is we really got outplayed.

“It’s not about the preparation because what Ateneo was doing was not just specifically against us. They were doing it against anybody else. So, it should be us also, whatever it is that we have been doing, we cannot just prepare against Ateneo or La Salle. Whatever it is that we have, it has to be in there already. So I think that we’re lacking in that aspect,” Perasol  pointed out.

“And again as I said, we’re just fortunate that even if we’re lacking a lot, at least, number two pa rin. We’re happy. I was telling them, I couldn’t just imagine if we have lost against La Salle, what could have been the situation right now? With the four way tie, we would have been the last one. So inimagine ko lang how big that was, that win against La Salle. So that was just a blessing for us,” he continued.

With a 10-day break, Perasol will use this time to re-assess what they need to do to make it to the next level.

Moreover, he has to prep the Fighting Maroons for what comes next. They will either have a date with University of Santo Tomas, who beat them twice in the elimination round; or a showdown with Far Eastern University, whom they went 1-1 with. 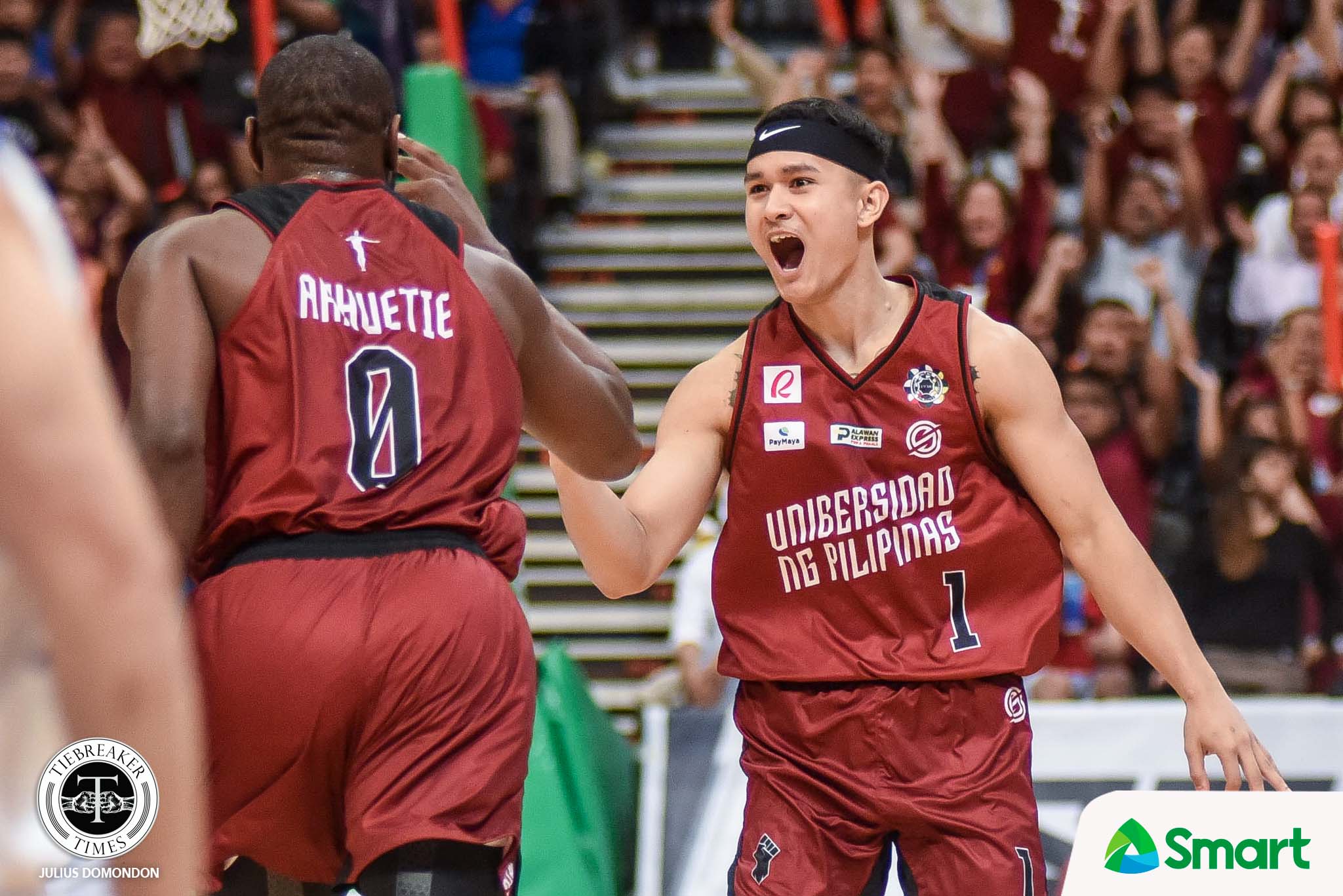 “Well, I told them that we have to honor our position by preparing really hard, because while it is true that nandyan na kami sa posisyon na yan, it’s not a sure thing that we’re going to the Finals. Again, as I said, whoever wins that playoff game is going to be a very strong team,” he said.

“We never won against UST, and we’re 1-1 against FEU, so it’s going to be really tough for us. We need to prepare hard for that.”