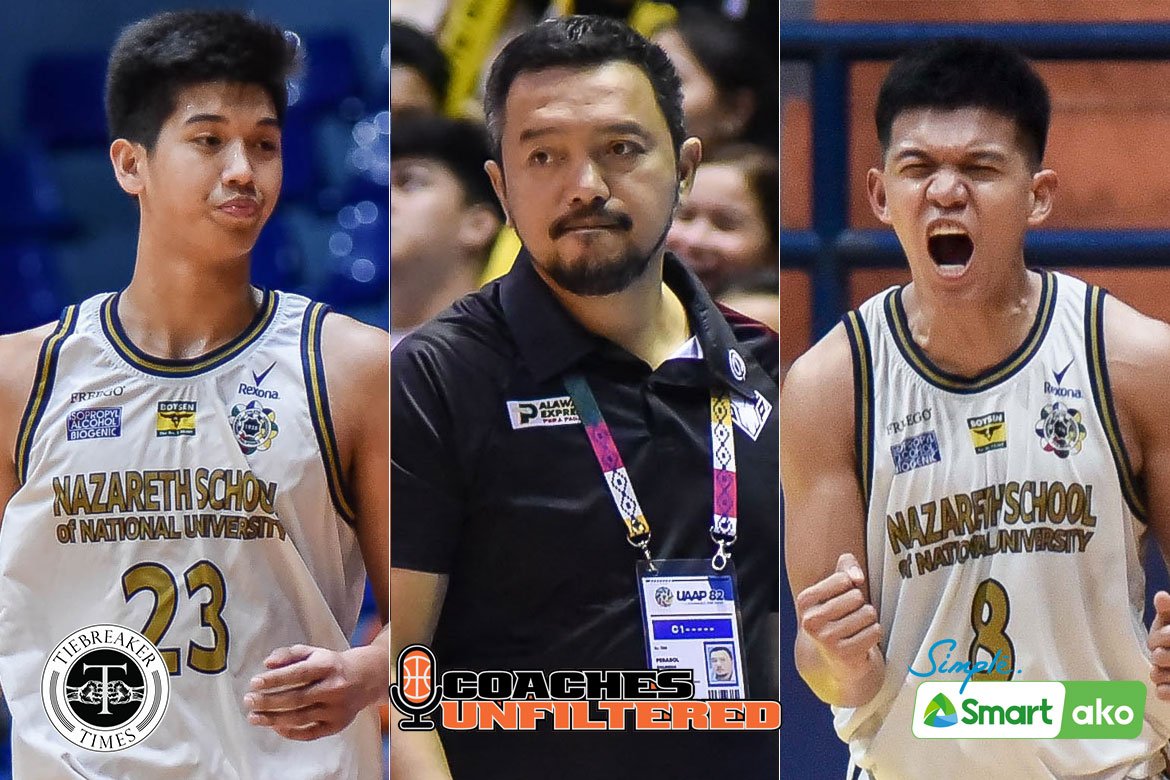 It was an open secret that Kevin Quiambao was not going to National University for college. His commitment to De La Salle University was supposedly a done deal as early as February.

But little did anyone know that it opened a floodgate as well.

University of the Philippines head coach Bo Perasol disclosed how he and the school’s boosters were able to secure the commitment of Quiambao’s fellow Bullpups Carl Tamayo and Gerry Abadiano during last Thursday’s episode of Coaches Unfiltered.

Just like every coach in the country, Perasol had fantasized over having talents like the three on their team.

However, it was close to impossible to land any of the three after Bullpups head coach Goldwin Monteverde was named as the Bulldogs’ head coach late last year.

“Well, in the beginning in fact a year before that, alam naman na natin lahat when NU is playing, you’ll say, ‘Uy! Gusto ko yung tatlo na ‘yan!’ I like Quiambao, I like Tamayo, I like Abadiano; two years ago and I like [Terrence] Fortea. Lahat naman ‘yan eh,” he gushed.

Two years ago, Perasol talked to Monteverde to inquire about the three. Monteverde said none of them had made any commitment yet.

But when Monteverde was named as the Bulldogs’ head coach, no one dared to even ask about the troika.

A door then opened, though, when word came around that Quiambao was headed to La Salle.

“And then siguro a month ago during the lockdown, I heard na nag-commit naman ‘to si Quiambao sa La Salle, ‘Sabi ko, pa’no nangyari ‘yun? So there’s a chance!'”

Despite having a plethora of recruits going to Diliman, Perasol still needed to fill up two positions — the four and the one.

“So I asked our handlers, our management, our supporters… Sabi ko, ‘Can you have a link to the parents or to those who are handling these two guys? Baka naman meron tayong chance.’ ‘Yun ‘yung pangangailangan ko eh. Kailangan ko ng guwardya at kailangan ko ng isang big. Sabi ko, ‘Saktong sakto na may first five na tayo ‘pag nakuha natin ‘yan!'”

Then last August 1, UP was able to catch lightning in a bottle.

The no. 2 and no. 16 high school prospects committed to UP. Two of the most loyal soldiers of Monteverde decided to jump ship.

In good faith, Perasol made sure that the two’s move had the blessing of Monteverde — which he gave.

And it was all because of Quiambao.

“Ang kwento on what started all of that was that occasion when I was able to know that Quiambao also was able to transfer to La Salle.”