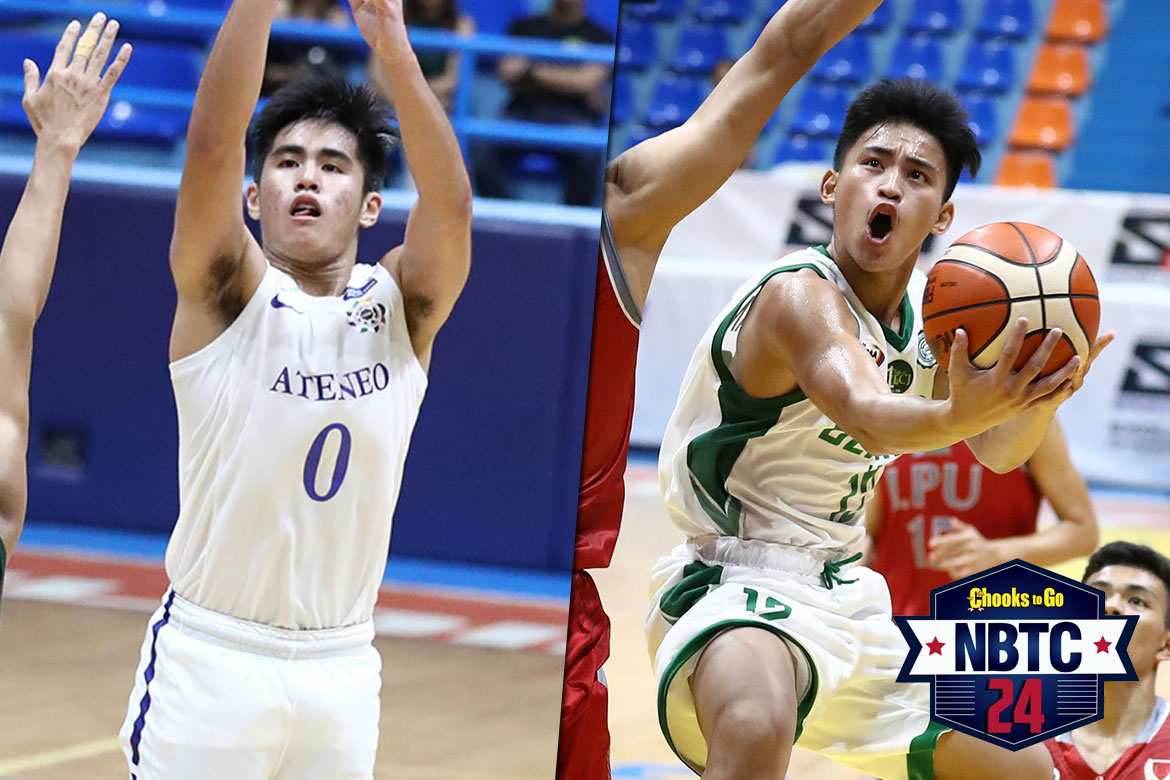 For the third straight week big man Kai Sotto of the Ateneo Blue Eaglets was still the consensus top High School prospect in the Chooks-to-Go/National Basketball Training Center 24. However, the battle for the top point guard in the high school ranks heated up.

After steering the Blue Eaglets to a clean 11-0 slate, SJ Belangel overtook Joel Cagulangan of La Salle Green Hills for the second.

Almost every UAAP prospect in the top 10 last week shot up a spot, but it was FEU Baby Tamaraws’ shooting guard RJ Abarrientos who made the biggest leap, jumping to nine.

Continuing his steady play, Ateneo’s Joaqui Manuel broke into the Top 20, finishing 17th after making his debut at 21 a week ago.

Reigning CESAFI Most Valuable Player Beirn Laurente of University of Visayas made his debut, while Joem Sabandal of Adamson made his return to the weekly rankings.

Here is the complete rankings after Week 3:

Tuesday night, Chooks-to-Go/NBTC 24 will go live on the Chooks-to-Go Pilipinas Facebook page. The episode’s guest will be none other than La Salle Green Hills head coach Marvin Bienvenida. Stay tuned as the show begins at 7:00pm.

The Chooks-to-Go/National Basketball Training Centre 24 is the first-ever attempt to rank the top high school prospects in the country today.