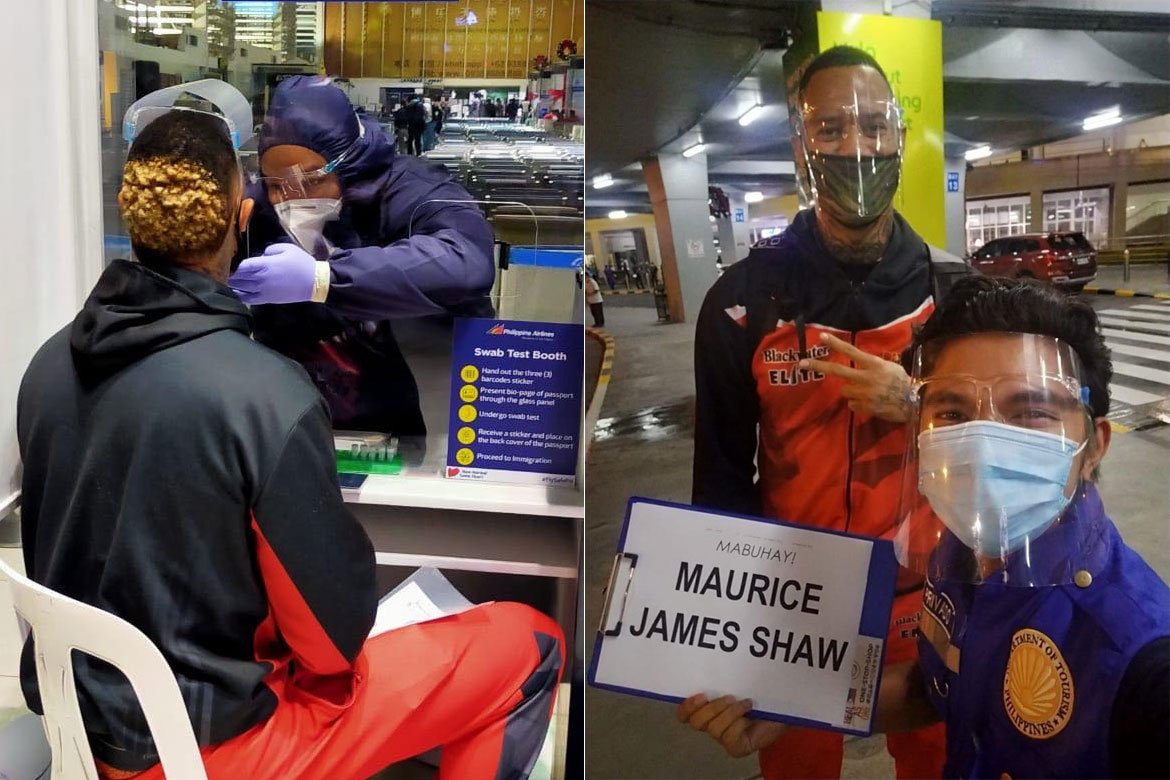 Rookie Maurice Shaw has arrived in the country ahead of Blackwater’s journey in the upcoming PBA season restart in Clark on Oct. 11.

The Bossing initially had a tough time booking the Fil-American big man a flight, but things worked out for his return.

Shaw won’t be able to join his team when it leaves for the bubble in the former US military base on Tuesday, though.

The second overall pick of the 2019 Draft has to observe a 14-day quarantine as part of the health protocols for those who flew in from abroad.

That may be an issue since his quarantine could end exactly on opening day, but Coach Nash Racela said that Shaw will get there in time.

“October 9 daw siya makapasok,” said the veteran mentor, as those part of the PBA delegation will have to be inside the bubble by October 10, 11:59 p.m.

Shaw’s arrival is a huge boost up front for Blackwater, which has been yearning for a solid presence inside since trading Poy Erram in 2018.

The 6-foot-8 bruiser born in Biñan, Laguna is a key piece for this relatively new Bossing team led by main man Mac Belo.

The Dioceldo Sy-owned team will enter its first season under the tutelage of the decorated Racela.