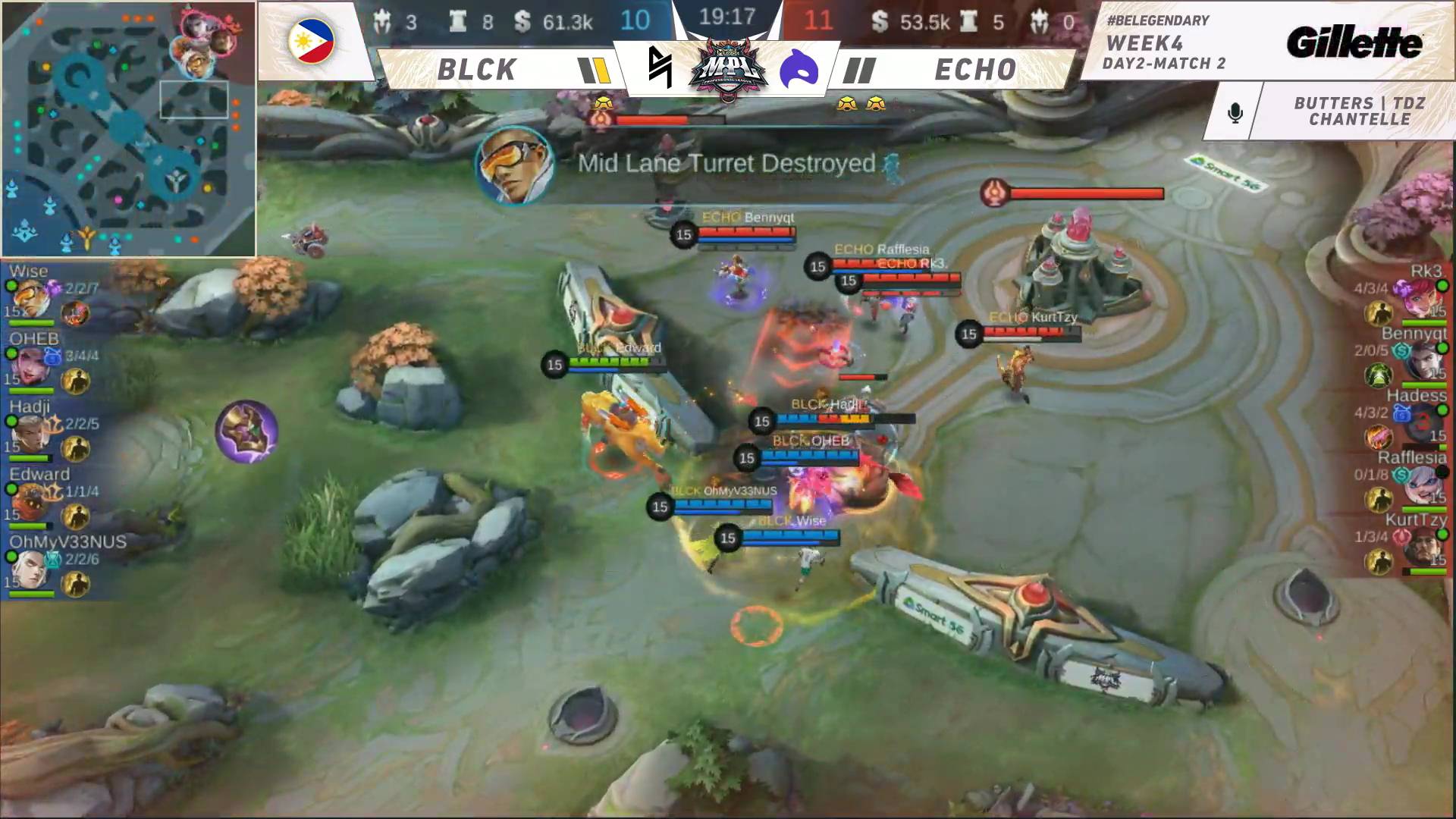 The Tier One-backed squad, a team that swept its season matchup with ECHO, remained spotless with a league-best 8-0 record for 20 points.

Looking to end a grueling Game One, ECHO initiated a clash inside Blacklist International’s jungle but was turned back by the Alice of Kiel “OHEB” Soriano after catching Benedict “Bennyqt” Gonzales’ Lunox off guard.

He eventually got a double kill after taking down Jankurt “KurTzy” Matira’s Gloo next as Blacklist International marched down the middle lane to seal the match.

OHEB finished with six kills and eight assists without a single death in the tight Game One win to take the SMART 5G MVP which lasted for 26 minutes and six seconds. 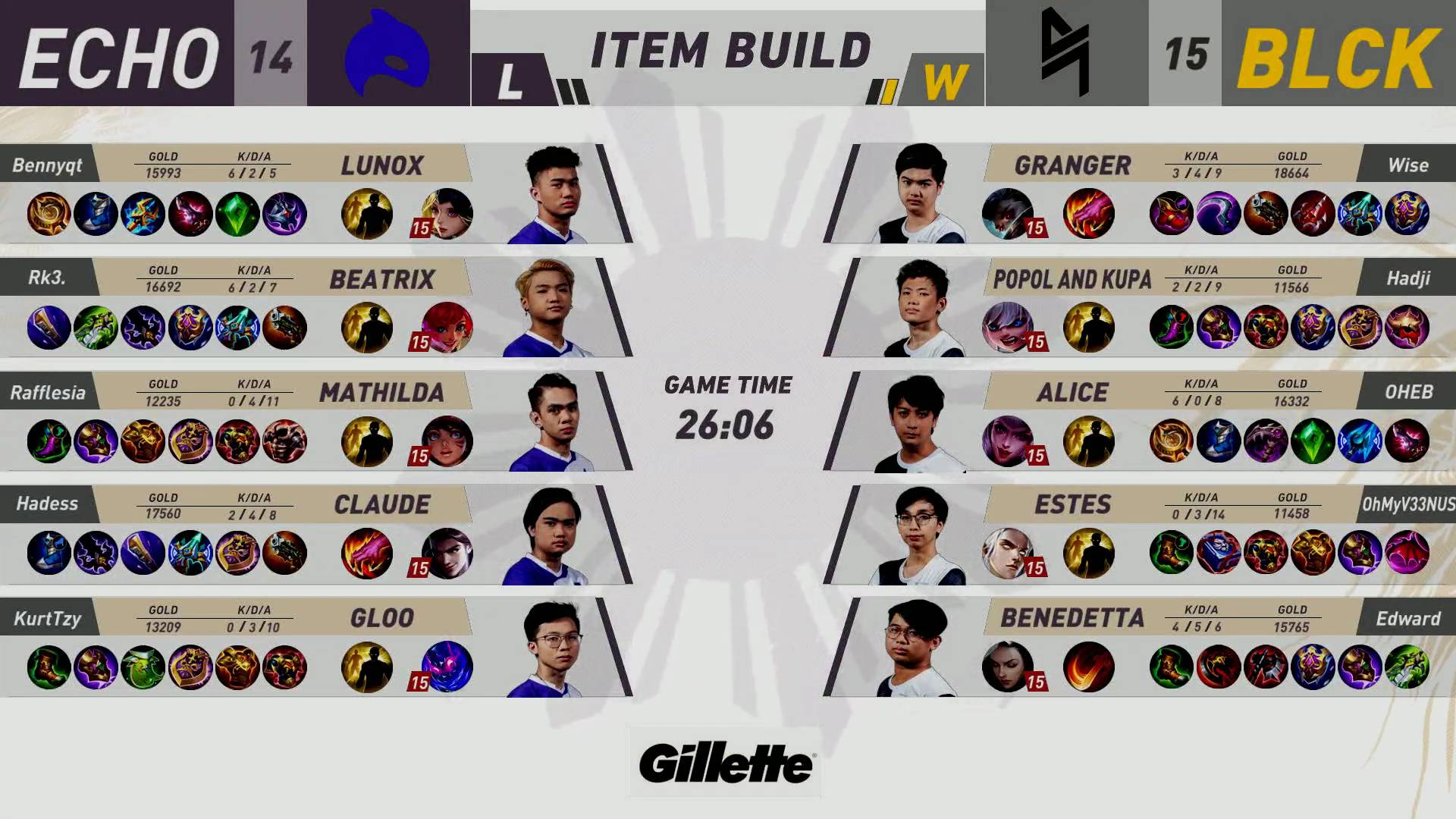 In Game Two, Blacklist International leaned on the Bruno of Danerie “Wise” Del Rosario to take out ECHO swiftly for the 2-0 sweep.

The former ONIC PH jungler nabbed the SMART 5G MVP after finishing with two kills, two deaths, and eight assists all while dealing a total of 53,278 damage in the Game Two win which lasted for 20 minutes and nine seconds. ECHO, who dropped its fifth game in eight outings, remained tied with the 5-3 RSG PH at the third spot with 11 points apiece.

Blacklist International looks to extend its winning streak to nine games against TNC next week, Saturday at 6:00 PM while ECHO will try to bounce back against ONIC PH tomorrow, Sunday at 4:00 PM.