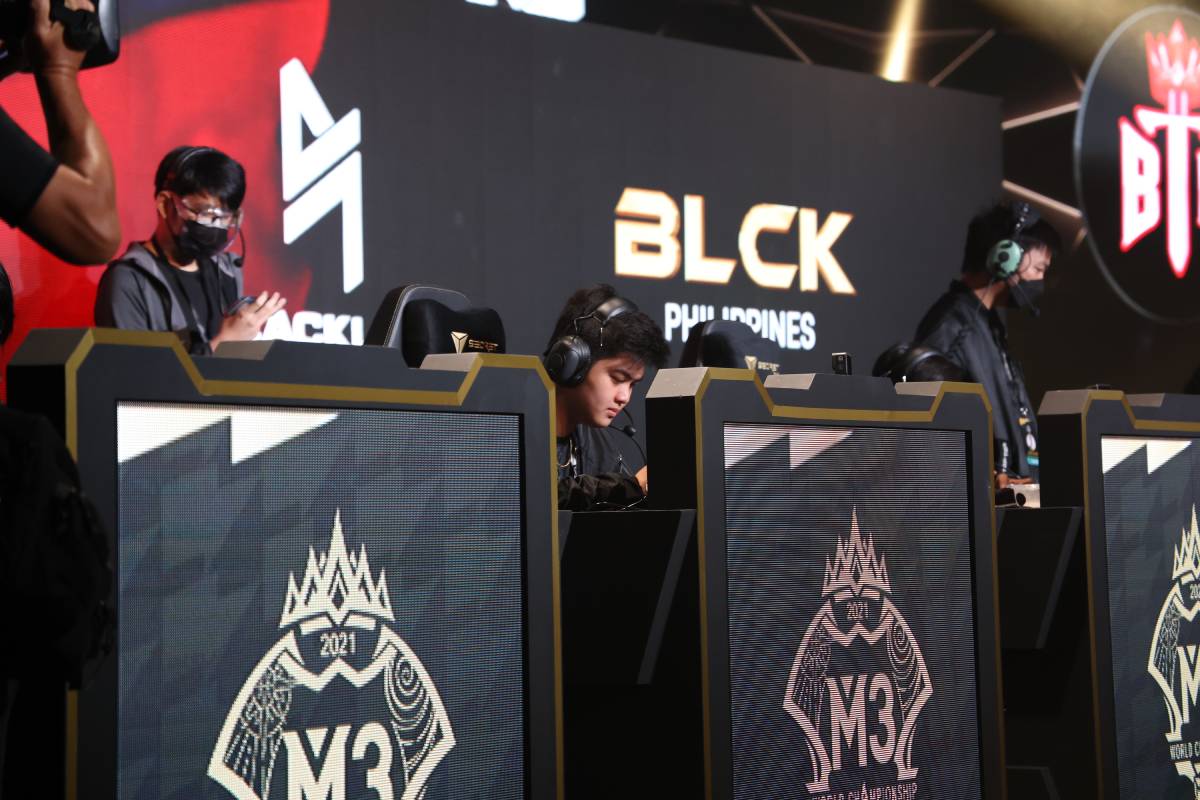 This, as Blacklist International completed its revenge against BloodThirstyKings, 3-1, to set up a date with fellow Filipino squad ONIC Philippines in the M3 World Championship grand finals at the Suntec Singapore Convention and Exhibition Centre, Saturday night.

Blacklist International survived BTK’s early exploits to come out with a 9-6 Game One victory in 20 minutes and 15 seconds of action.

Johnmar “OhMyV33NUS” Villaluna’s Mathilda provided the initiations for the Filipinos, finishing with a game-high nine assists to lead Blacklist International to a 1-0 lead.

It was another seesaw affair in Game Two, but the Tier One-backed squad managed to run away with a 14-10 victory in 15 minutes and 54 seconds.

Edward “Edward” Dapadap’s Lapu Lapu provided the flanks that Blacklist International needed to take a 2-0 lead. He ended with two kills, four deaths, and five assists in the win.

BTK averted a sweep with a strong showing in Game Three. The North America representative gutted out a 19-13 win in 20 minutes and 19 seconds.

Blacklist then bagged the series through a right 16-17 win in 26 minutes and five seconds.

BTK, a non-MPL squad, finished at third — the highest for any North American team.

The all-Filipino showdown will begin at 4:20 PM tomorrow.