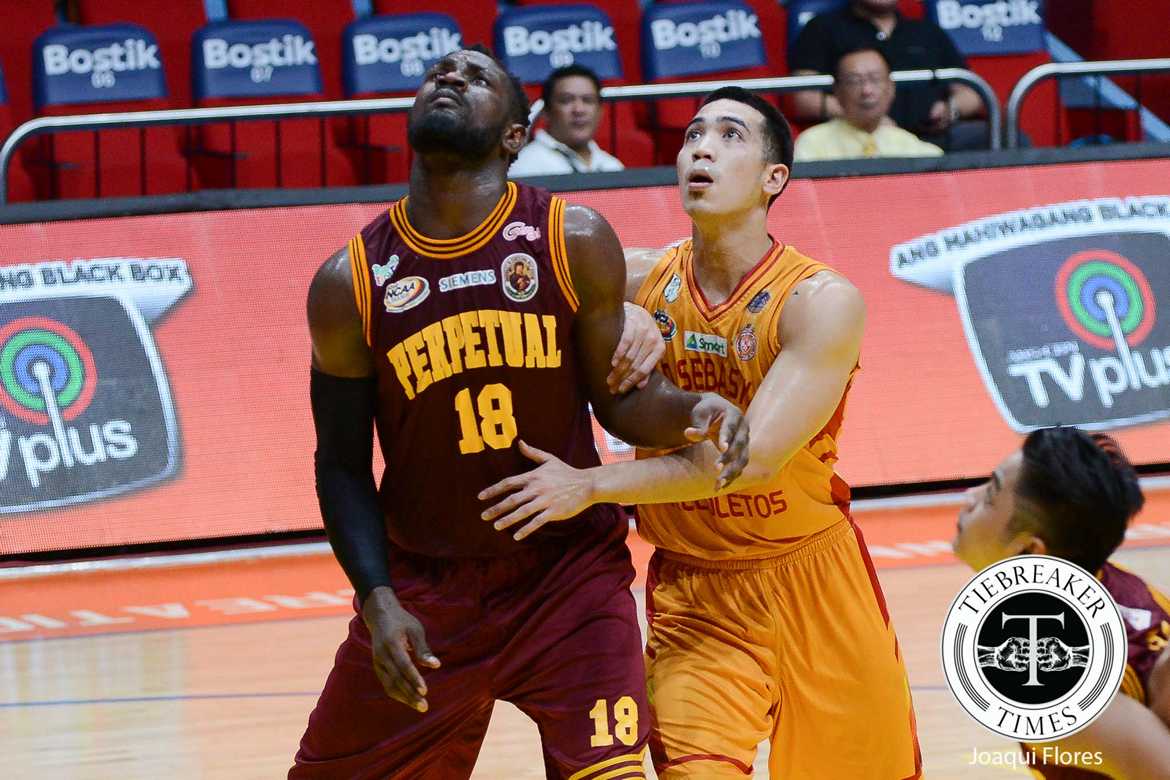 The San Sebastian College-Recoletos Golden Stags, having lost nine straight games prior to Friday, had a tough task at hand when they faced the heavily-favored Perpetual Altas. The Stags, however, were able to play inspired basketball for 40 straight minutes en route to a surprise romping, 71-55, to arrest San Sebastian’s skid.

Leading the way for the Stags was Alvin Capobres, who was coincidentally celebrating his 22nd birthday on the same day.

The 6’1″ wingman scored eight of his 13 points in the opening frame to go along with five rebounds. This outing was a point shy of his season-high 14 markers.

During their nine game losing skid, Capobres admitted that their team’s down morale had been kept in check by their mentor Egay Macaraya.

Against Perpetual, they were able to out-rebound, 51 to 41, and out-work, scoring 13 points off 20 turnovers, their opponents. And it all started with Capobres’ hustle.

Looking forward, the bulky wing man is hoping that they could ride this win to close-out the season on a high note.