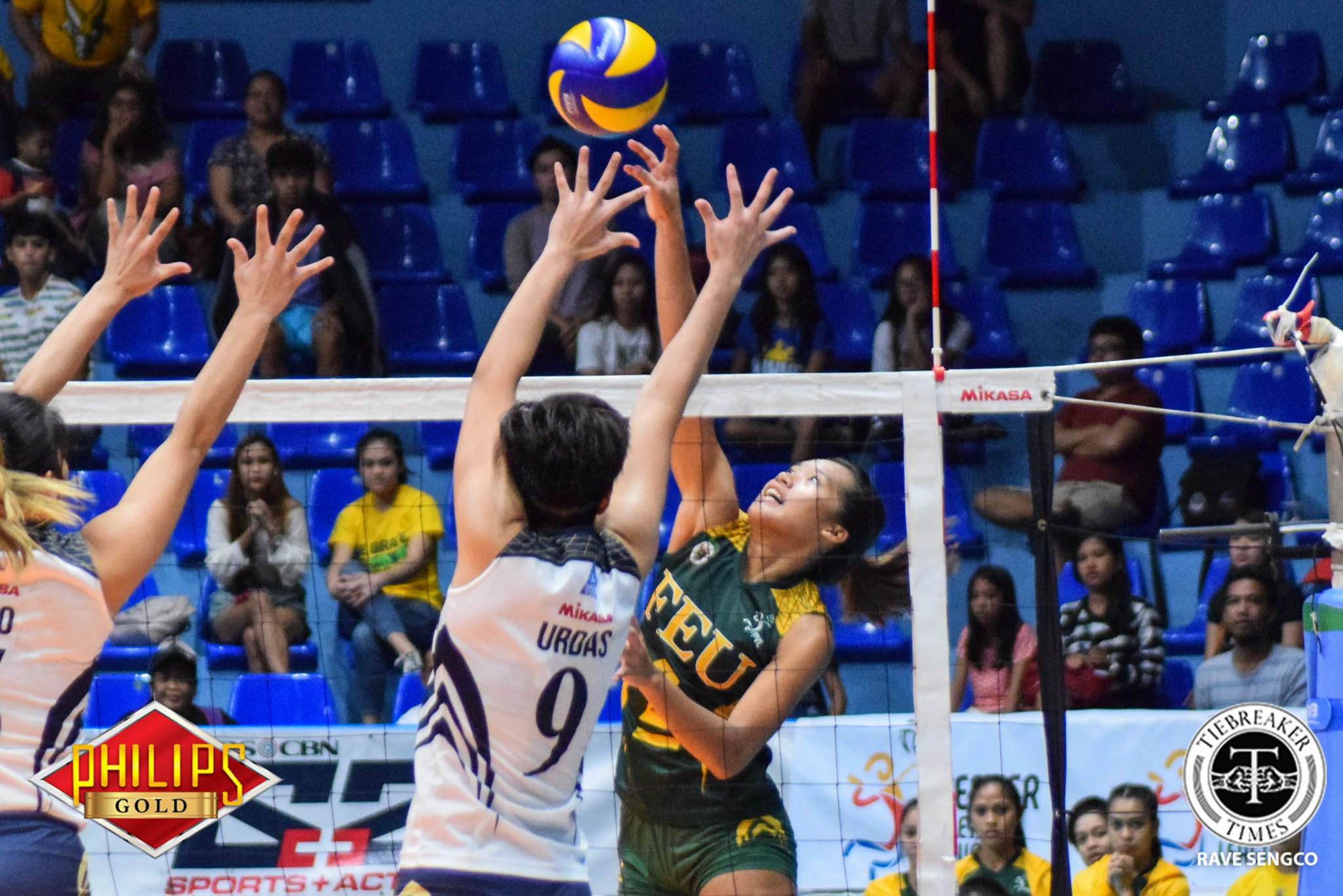 In the deciding Game Three, however, FEU needed just four sets to put away Adamson.

In a series heavily affected by absences, it was just right that Bernadeth Pons and Kyla Atienza’s presence decided who went to the Finals.

Pons, FEU’s captain and graduating leader, and Atienza, their starting libero, had missed FEU’s last four matches as they prepared for and participated in the UAAP Beach Volleyball tournament.

With the tournament on break until Thursday, Pons and Atienza had time to suit up in the PVL.

Adamson’s top scorer and skipper Jema Galanza, however, could not forego her recovery from a gruesome ankle injury, leaving the Lady Falcons at a decided disadvantage.

Pons, on her part, just wanted to contribute as much as she could after missing their indoor practices for the last three weeks.

Playing in her final year, the Negrense just wants to win as many championships as she can for FEU.

Even if that means having to play on different courts in a span of four days.