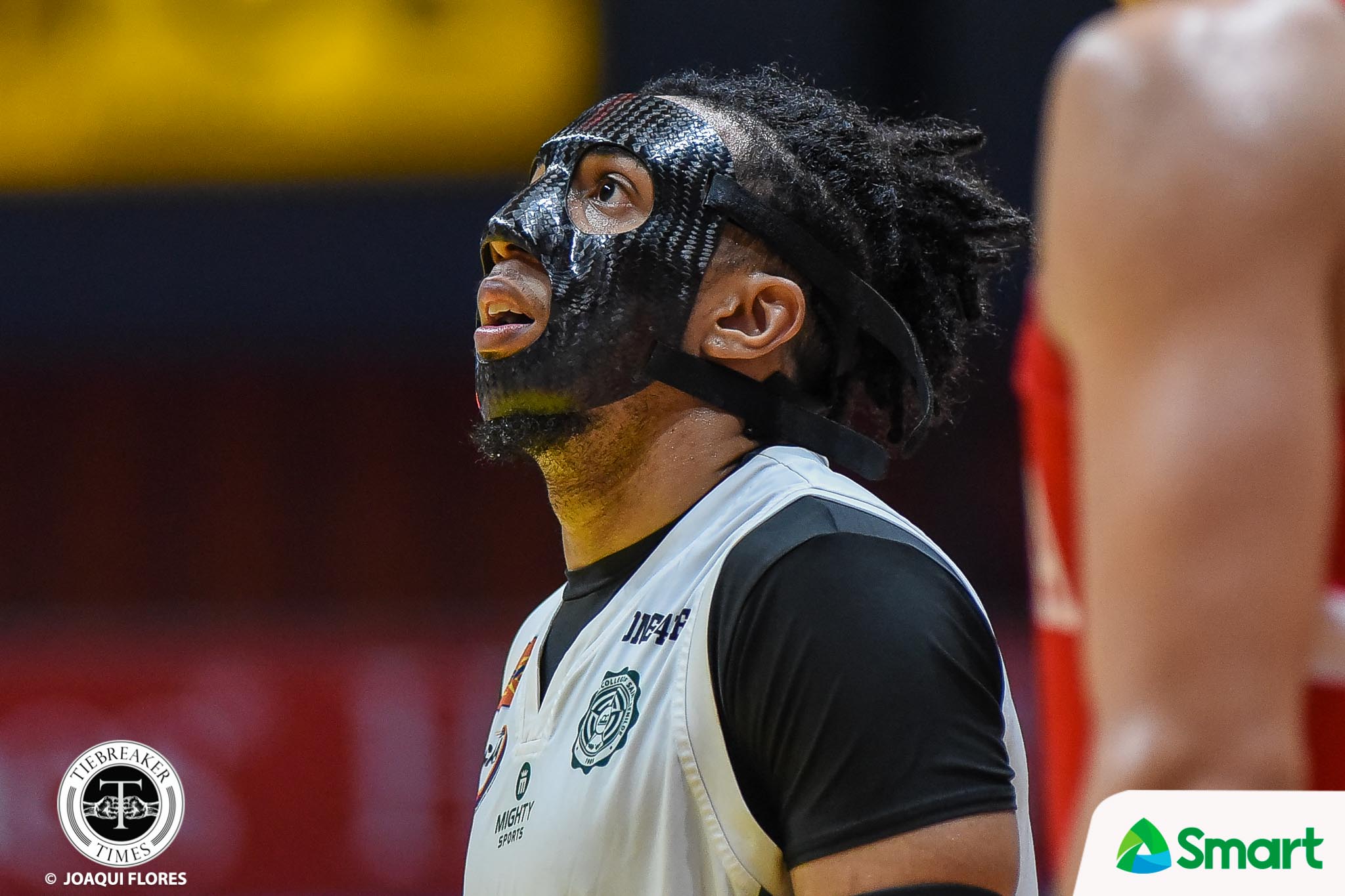 Both the Blazers and the Cardinals ended their Season 95 campaign with identical 9-9 slates. CSB still finished in fifth place by virtue of sweeping Mapua, winning its first round encounter as well, 71-67.

“As disappointed as we are, I still feel good that we finished the season how we started it. At least we got two wins to finish the season,” said third-year Benilde head coach TY Tang. “We’re just gonna see how we can go from here to work on our inconsistencies.”

Haruna had 13 points, six rebounds, an assist, and a steal to lead Benilde.

Leutcheu and Young had eight markers each, with the former also grabbing 15 boards. Dixon added 12 boards and four points.

Benilde was in full control of the game, leading by as much as 10 points. The Blazers were able to make stops as well in the endgame to buck the Cardinals.