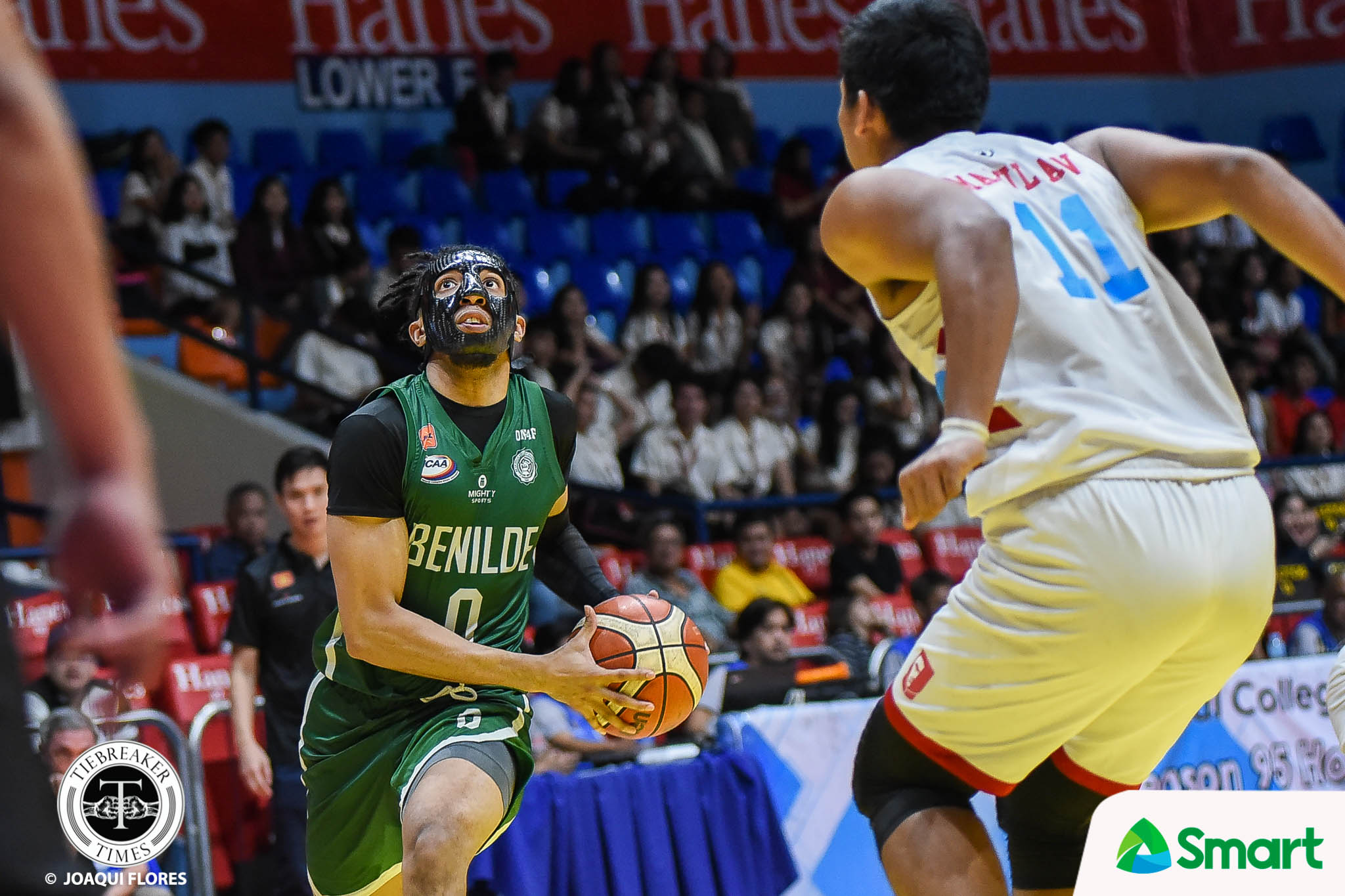 The Saint Benilde Blazers finally woke up from their slumber, staving off the Emilio Aguinaldo College Generals to take a 62-56 victory in the NCAA Season 95 Seniors Basketball Tournament, Tuesday at the Filoil Flying V Centre.

“At least we got back to our winning ways. We’ve been preaching that whatever happens, we win or we learn,” said Benilde head coach TY Tang.

The win snapped the Blazers’ six-game skid, which dates back to August 30. Their last win was a 74-66 result over the JRU Heavy Bombers.

Yankie Haruna led the way for the Blazers with 16 points, nine rebounds, and two steals.

Justin Gutang played support, though he had to come off the bench since he had the flu. He tallied 12 points, six rebounds, two assists, and a steal.

The trio of Jethro Mendoza, Marwin Taywan, and Kriss Gurtiza then stormed back late, cutting the lead down to two. But Haruna nailed a big-time basket with 48.2 ticks remaining, while a clutch block by Mark Sangco on Mendoza sealed the win.

“‘Di ko alam. Right now, we’re in a blur with our situation, but we’re just going to keep on fighting,” said Tang.

Benilde are now tied for fifth with Mapua, and are 1.5 games behind fourth-running San Sebastian.

Clement Leutcheu missed his second straight game due to dengue-like symptoms. Meanwhile, Ladis Lepalam was declared out for the season due to a broken right hand.

JP Maguliano had 12 points and 11 rebounds to pace the 3-12 Generals while Taywan and JC Luciano added 11 markers each. 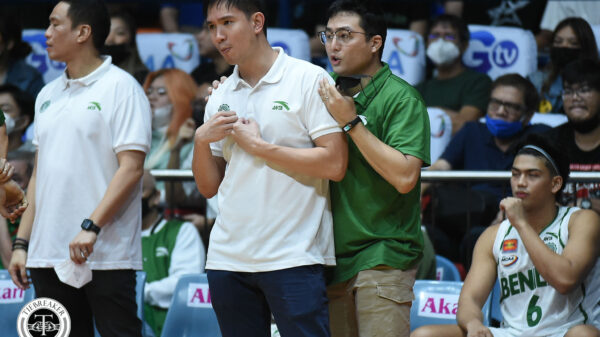 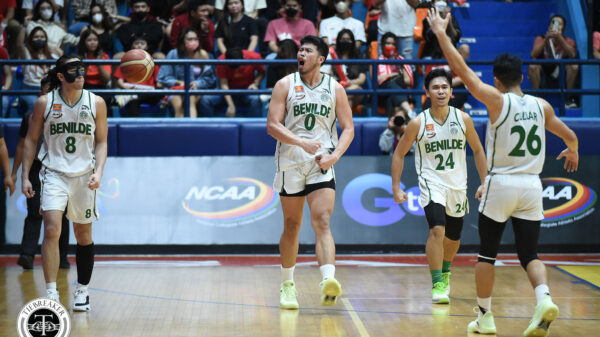 Will Gozum out to win chip for CSB, not MVP

Will Gozum is definitely at the front of the pack with regard to winning the NCAA Season 98 Seniors Basketball MVP award. The three-time... 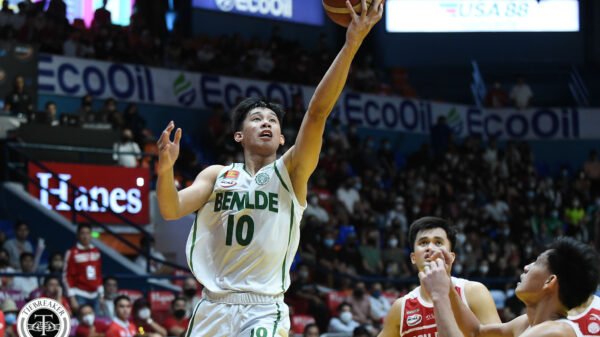 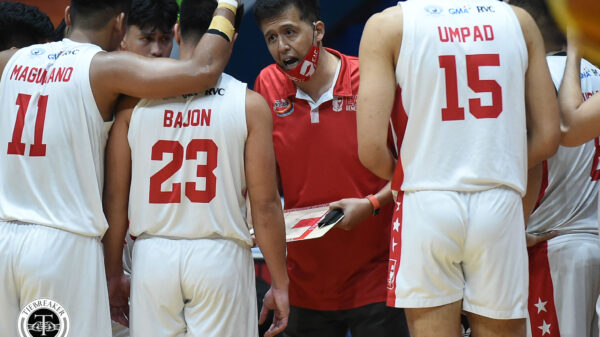 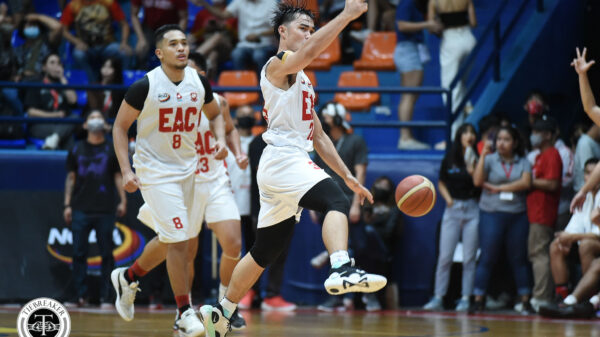 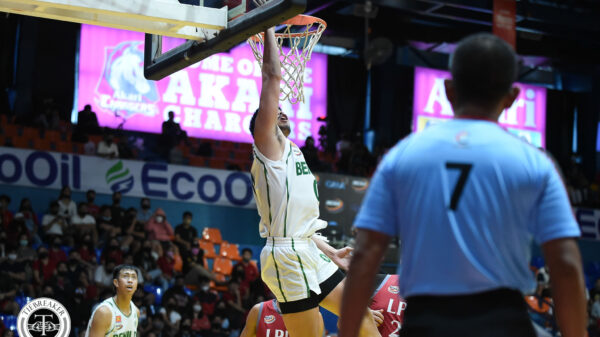 For the third time in NCAA Season 98, College of St. Benilde’s Will Gozum has been chosen by the Collegiate Press Corps as the... 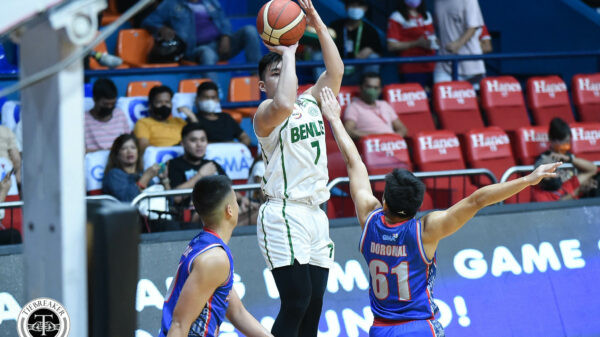