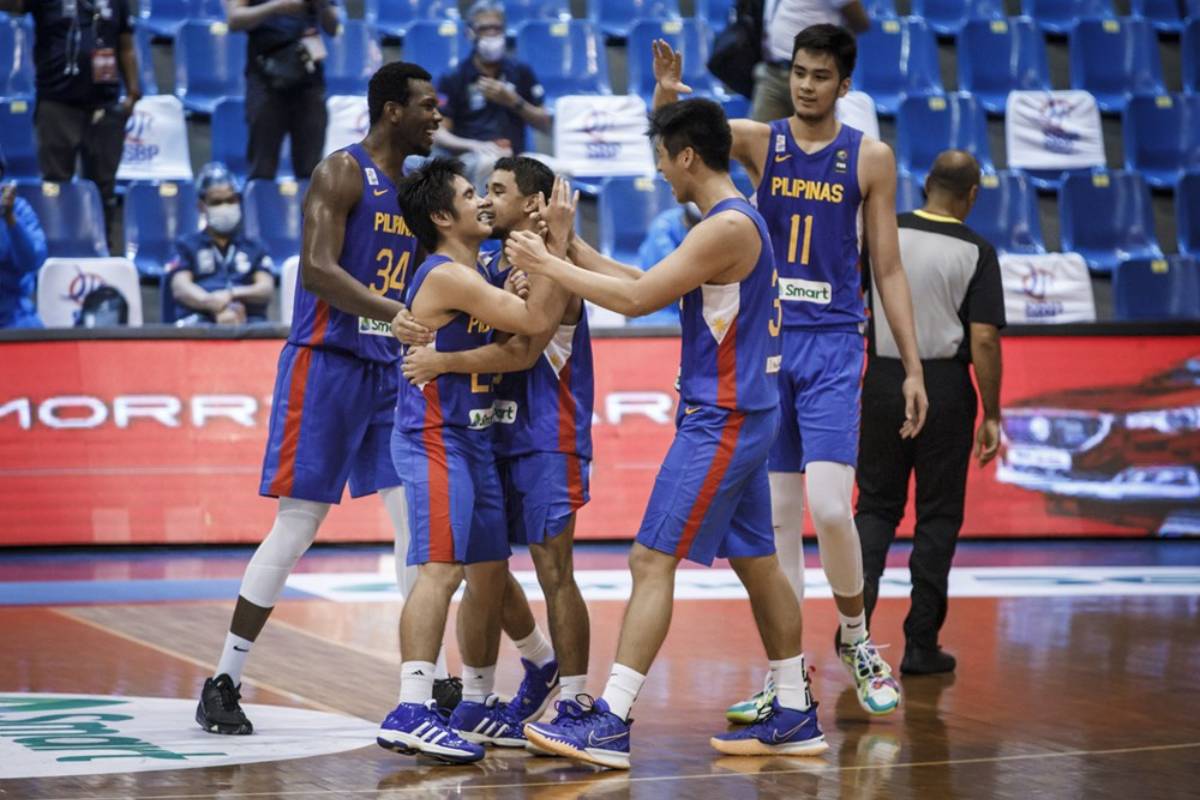 Back in 2013, Gilas Pilipinas had a trio of point guards that helped give birth to the “puso” culture of the national team.

There was Jayson Castro, the tallest of the troika at 5-foot-10. Then there were 5-foot-9 LA Tenorio and 5-foot-9 with shoes Jimmy Alapag.

Despite not even hitting the 6-foot mark, they carried the team to the upper echelon of Asian basketball and even the World Cup.

As the trio retired from national team duties, having big guards became a must for the national team to match the basketball powers in the world.

But SJ Belangel and RJ Abarrientos — both of whom stand at 5-foot-10 — stand defiant. And the two are proving that height is still not might.

They showed it on Wednesday evening when Gilas faced South Korea.

“Well, they did really well. They’re making a case for small ball to still be alive.”

When Matt Nieto went down, Gilas Pilipinas head coach and program director Tab Baldwin began grooming Dwight Ramos as the lead ball-handler of this iteration of the national team.

“We would like to continue to groom Dwight as a point guard knowing that the match-ups… When you get to the big stage and against the big European teams, they’re gonna have big point guards,” continued Baldwin.

“It’s okay when you have a two or three-inch deficit. But when that starts to be seven or eight or nine inches, that’s pretty tough on your point guards.”

But it’s not just in Europe that has big guards.

South Korea, one of Asia’s elite, fielded three guards against Gilas. Kim Nakhyeon was the shortest at 6-flat while Lee Daesung stands at 6-foot-3.

Down 16 midway through the second quarter, Abarrientos provided the spark for Gilas. He scored six points in a span of five minutes, helping slice the lead down to eight entering the second half.

The duo then switched turns during the third canto. Belangel and Abarrientos brought opposing tempos to the game that riddled the Koreans.

Belangel then put on the finishing kick in the final frame. He scored nine points — capped by a buzzer-beating triple to stun the Koreans, 81-78.

For Baldwin, the two floor generals indeed were the game-changers for Gilas.

“Both of those guys, they really controlled aspects of the game, certain phases of the game with their ball screen play. I thought RJ did a great job when we put them in there; and SJ was tough throughout the game,” he said.

“And that just goes to show you that small bodies but big hearts still have a place in the game of basketball. We owe both of them a lot, they made big plays today.”