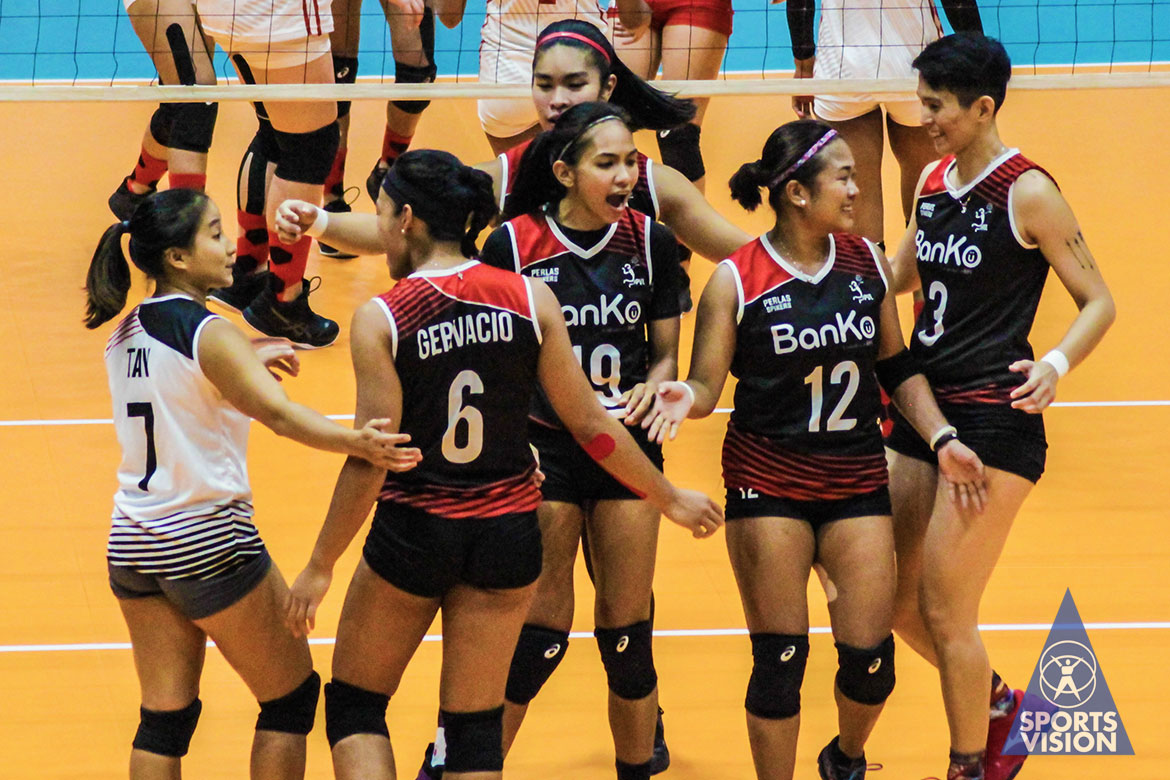 The BanKo-Perlas Lady Spikers gave Motolite a dose of their own medicine.

Brushing off a lethargic onset, Perlas Spikers came back from two-sets down, outlasting Motolite in five grueling sets, 19-25, 23-25, 25-18, 25-22, 17-15, in the PVL Reinforced Conference Season 3, Sunday afternoon at the Alonte Sports Arena in Biñan, Laguna.

With the win, the Perlas Spikers arrested their three-game slump. They also hiked their win-loss record to 3-5, snatching the fourth spot out of Motolite’s grasp. Meanwhile, Motolite fell to solo fifth with a 3-6 card.

Motolite had less than 20 hours of rest after their five-set, come-from-behind escape act over Bali Pure. Still, they showed no signs of fatigue in the early going, dispatching a well-rested BanKo side in the first two sets.

But the Perlas Spikers tore a page out of Motolite’s resurgence a day ago, clawing back from a two-set hole to forge a decider. A nip-and-tuck affair ensued in the fifth set, but BanKo leaned on Tiamzon to deliver the crucial blows down the stretch to seal the victory.

Tiamzon had a 19-point, 15-dig double-double performance for the Perlas Spikers.

Motolite’s Trinidad and Tobago imports Channon Thompson and Krystle Esdelle exploded once again, but their scoring fits went down the drain. Thompson had 30 points along 19 excellent receptions and 11 excellent digs; Esdelle finished with 27 markers spiked by seven blocks.

Motolite skipper Myla Pablo had her best scoring game so far, notching 11 points in a losing cause.

BanKo seeks to further boost their semis campaign when they face the Bali Pure Purest Water Defenders on Wednesday, June 26, at the FilOil Flying V Centre. Motolite will try to bounce back versus the Petro Gazz Angels on Saturday, June 29, also at the FilOil Arena. 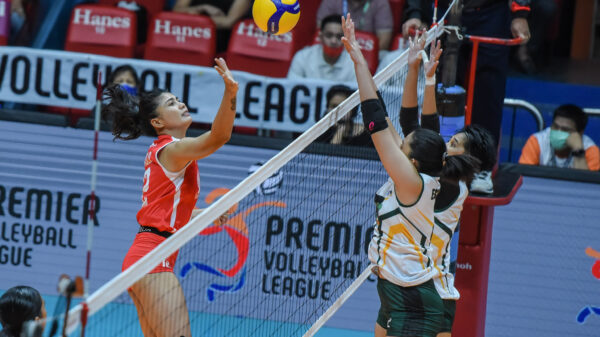 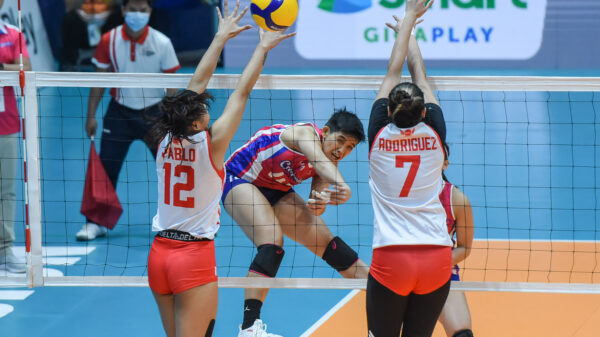 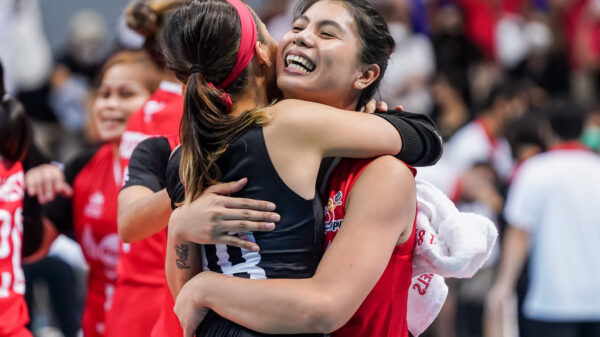 Myla Pablo made sure to step up when Petro Gazz needed her the most. Fighting for tournament life in Game Two of the 2022...