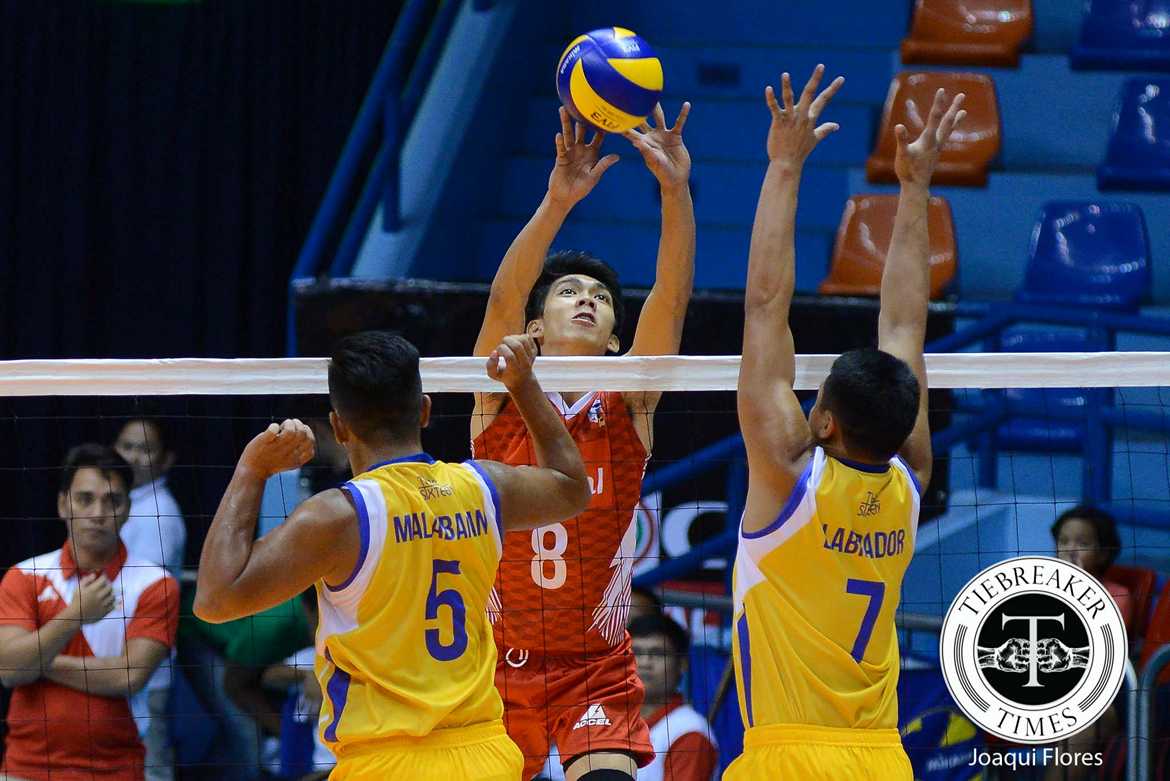 Working off libero Sandy Montero’s steady passing and floor coverage, the HD Spikers easily defended the vaunted attacks of the Airmen. Air Force also did not do themselves any favors, surrendering errors at crucial moments of each set. A 4-0 spurt in the first set turned a slim Cignal two-point lead to a whooping 20-14 advantage. The Airmen then spotted Cignal an early 3-8 lead in the second set and could not dig themselves out.

Air Force managed to comeback from a 6-9 deficit in the third set to take a 14-10 lead thanks to quick hits from Jeffrey Malabanan. Momentarily limiting their errors, the Airmen cruised to the set win via late hits from newcomers Howard Mojica and Fauzi Ismail.

Cignal, however, came back with a strong push in the fourth set. Reigniting their stingy floor defense and snappy passing, the HD Spikers rolled to a 23-13 lead as Air Force coughed up numerous errors. Late kills from Ysay Marasigan and Raymark Woo sealed the HD Spikers’ second win in as many matches.

Marasigan and FEU standout Alexis Faytaren each provided 15 points to the Cignal cause while while Woo and San Beda standout Saku Capate each managed 11 markers. National team libero Sandy Montero finished with a workman’s stat line of eight digs and 16 excellent receptions.

Now at 1-1, Air Force was led by NCAA MVP Howard Mojica, who scored 18 points, and National U Bulldog Fauzi Ismail, who added 16.

The HD Spikers (2-0) will next face the Philippine Navy Sailors (0-1) on Monday, June 6. The Airmen, on the other hand, look to bounce back as they face the Bounty Fresh Flying Griffins (0-1) on Saturday, June 11.