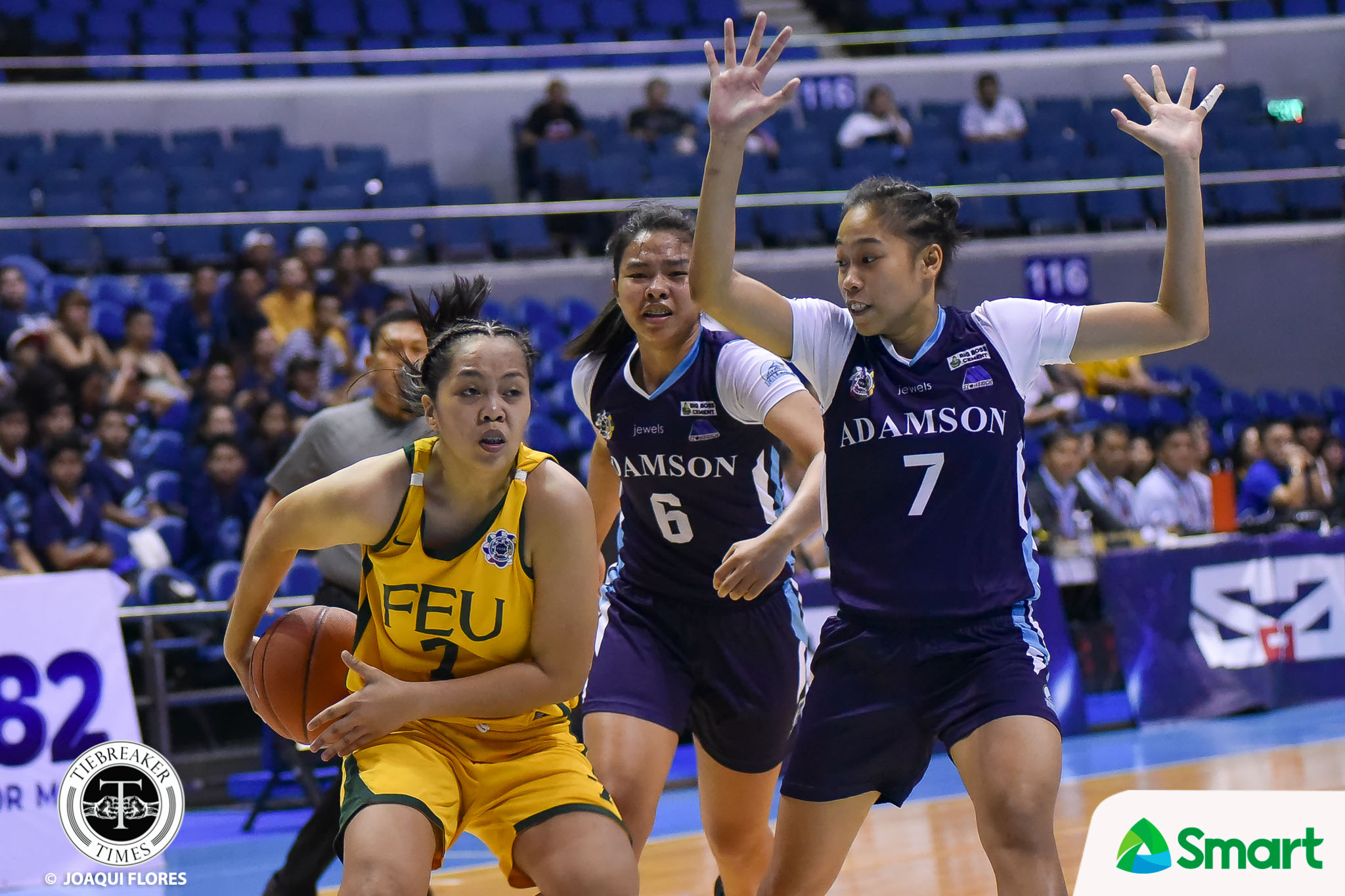 Far Eastern University wanted it more and came away with the 79-73 win over the Adamson University Lady Falcons to progress in the UAAP Season 82 Women’s Basketball Stepladder semis Sunday at Smart Araneta Coliseum.

Choy Bahuyan embodied that desire with her clutch plays late, first burying the left baseline jumper with 14.0 seconds left that made it a four-point affair, 77-73. She then snagged the ball on Gerl Anticamara’s inbound pass to lock up the victory for the Lady Tamaraws.

Bahuyan fired all of her 11 points in the final canto, on top of her 13 rebounds, four assists, and two steals as FEU set itself up to a clash against two-seed University of Santo Tomas.

Mar Prado powered the Lady Falcons with 34 points and 10 rebounds, but her efforts were for naught as the three-seed Adamson was shown the door.

Still, it was a performance worthy of Flores’ respect, as she truly proved that she’s on a level of her own.

The Lady Falcons also got contributions from Anticamara, who scored 15 points, six boards, and two steals; and Kat Araja, who dropped nine points, seven rebounds, six assists, and two steals, in the losing cause.

The Golden Tigresses will have a twice-to-beat advantage over the Lady Tamaraws in the clash set on Wednesday.