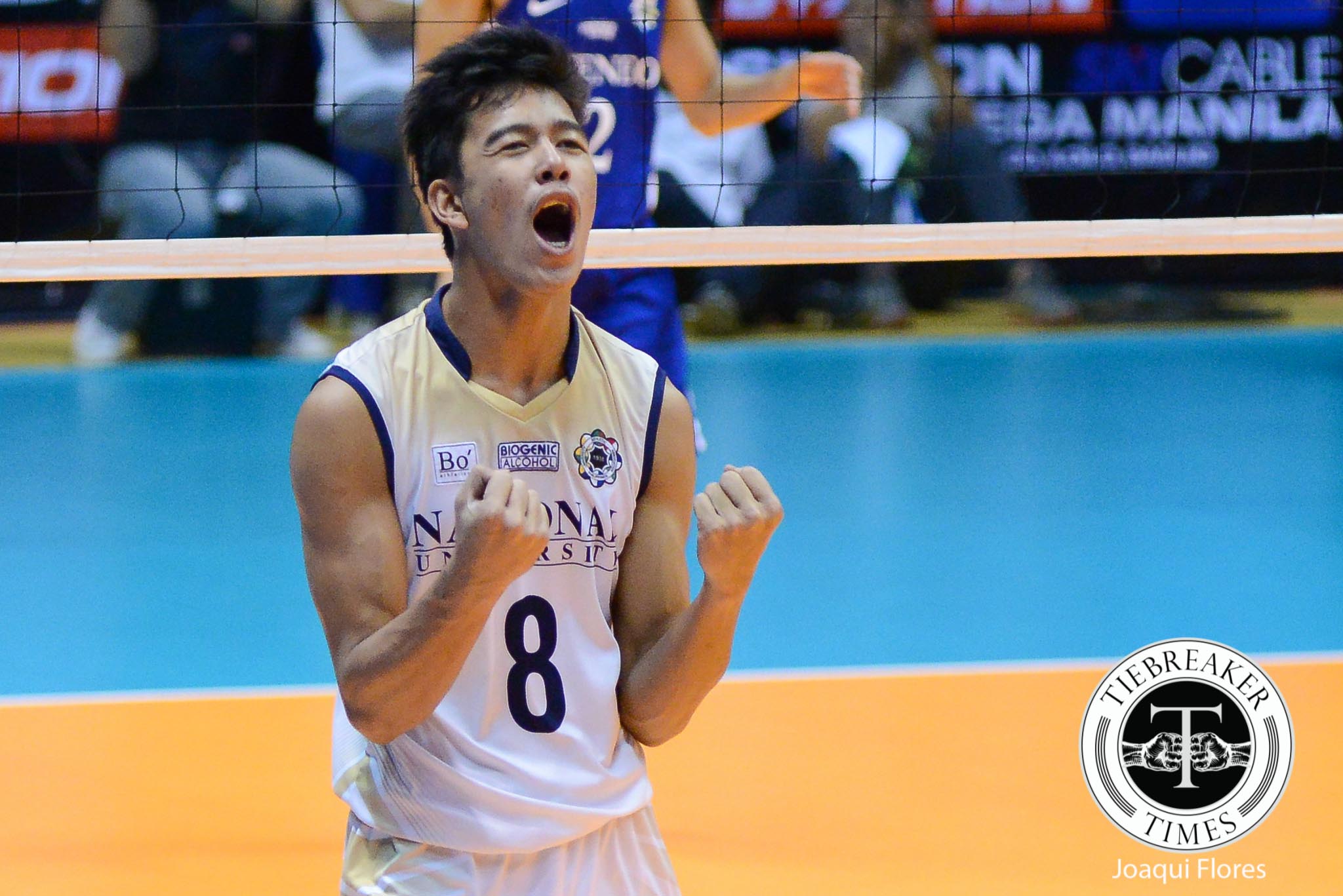 Towering National U open hitter Bryan Bagunas was unavailable for his team’s straight-set win over the University of the Philippines Maroons last Saturday.

Bagunas was previously playing with shin splints on the same leg and had just recovered prior the incident.

The Batagueño, Bagunas, will need at least two weeks to recover but Puno is hopeful Bagunas will be able to play against the University of Santo Tomas Tigers on March 30 after the Holy Week break.

Bagunas broke his right hand last season and had to sit out NU’s Final Four run.

Kiwi in the Middle: Ahomiro glad to be back at original position