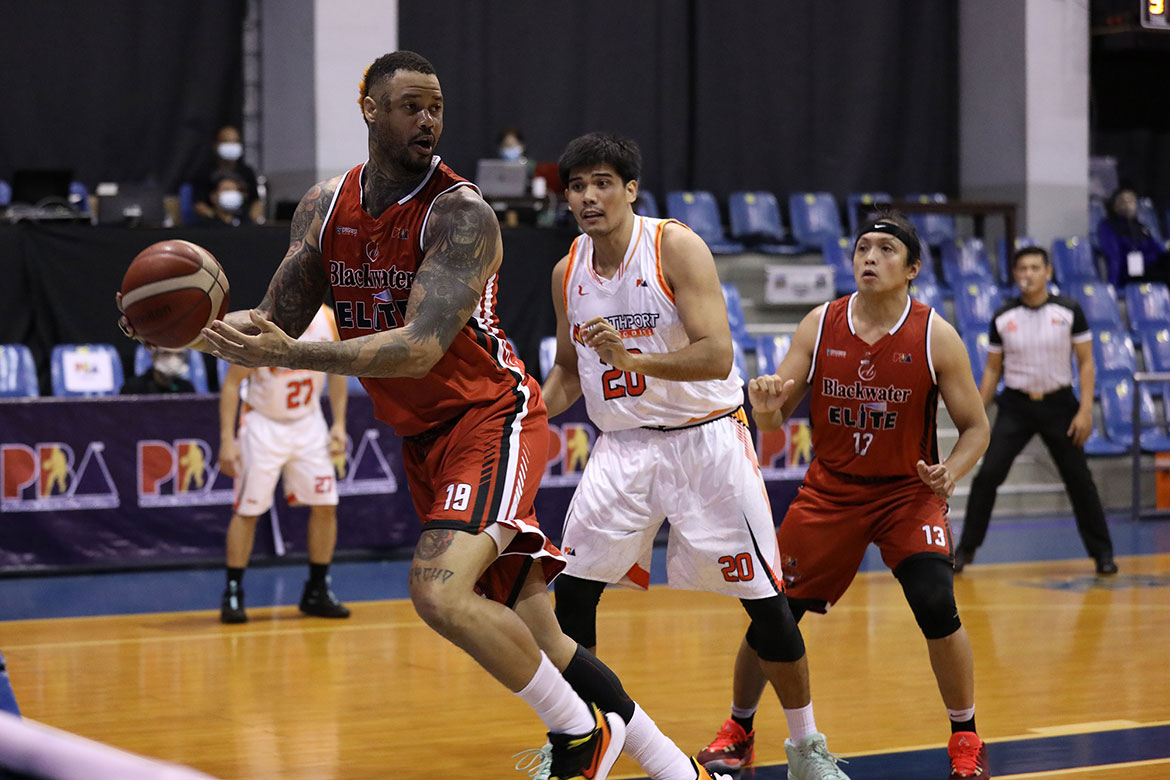 The 35-year-old was expected to suit up and log longer minutes after seeing limited time in the Elite’s debut versus NorthPort last Monday. Instead, he could only watch helplessly as his team lost, 99-103.

“Maurice, he hurt his back kasi. May back spasms,” confirmed head coach Nash Racela the morning after facing the Gin Kings.

The veteran mentor admitted that the 6-foot-8 center could have helped the Elite versus Ginebra. But he stuck to the positives, lauding the efforts of their bigs Marion Magat and Frank Golla.

Magat was their starting center, logging 25 minutes and 37 seconds, where he had five points and five rebounds. Golla, meanwhile, had nine boards and six dimes in over 21 minutes off the bench.

“It’s nice that with the very limited players that we have, nagco-contribute naman — guys like Magat, Golla … Of course si Mac [Belo] and si KG [Canaleta]. So ‘yun. We’ll make do with what we have,” Racela said.

Racela said that Magat and Golla, both of whom the Elite acquired during the offseason, may see more minutes going forward. But he clarified that Shaw will still play this season, although it remains unsure when.

“Yes, yes. He will eventually play but the timing, we don’t really know. It could be next game, it could be next week, as long as ready ‘yung katawan niya.”