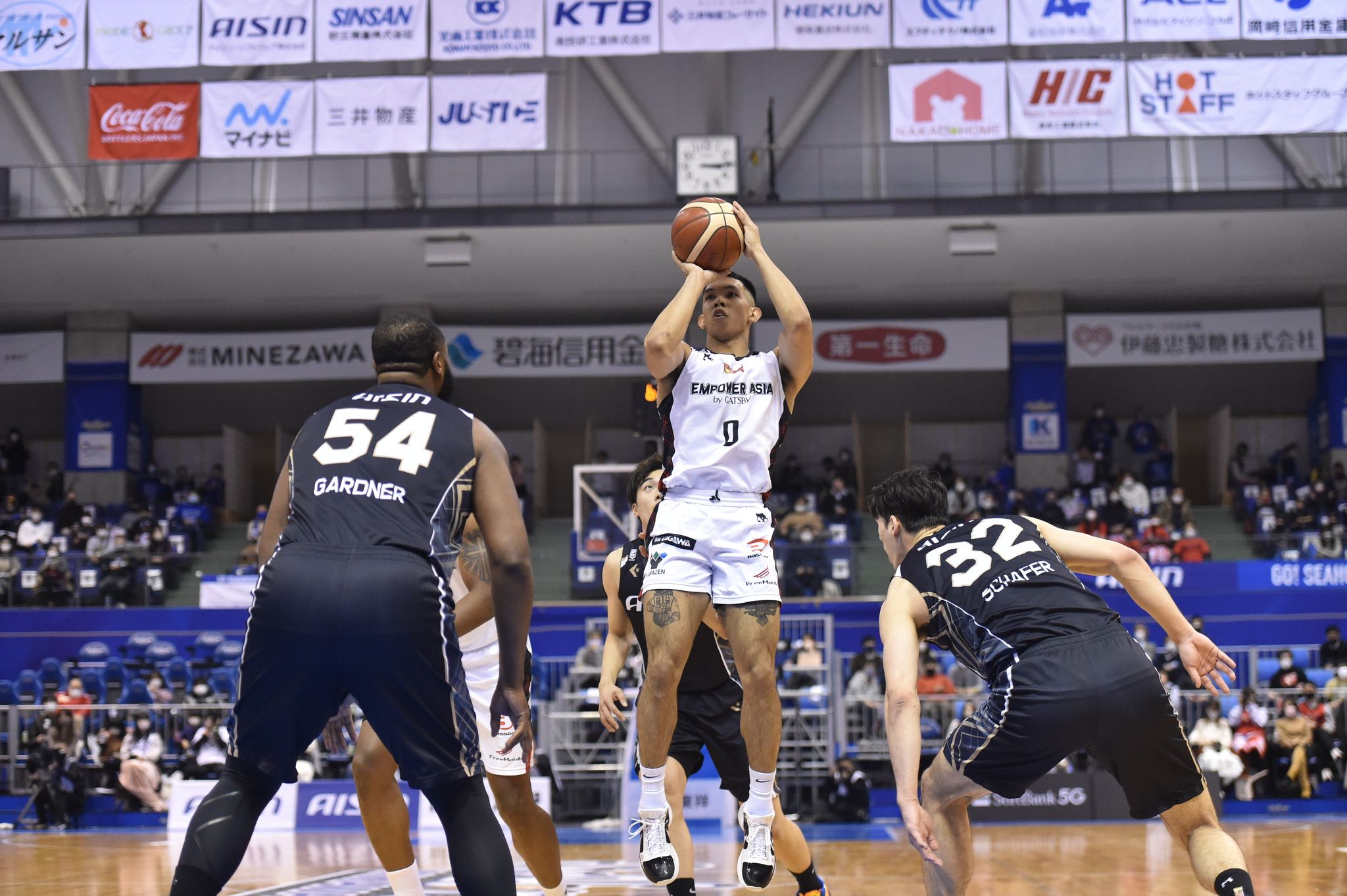 The woes of Thirdy Ravena and San-En continued on Christmas day, suffering a harsh 69-97 beatdown at the hands of Mikawa in the 2021-22 B.League season at Wing Arena Kariya.

Crushing was the defeat as it was the NeoPhoenix’s 14th straight loss. San-En, who dropped to 3-19 in the B.League West, have yet to win a game since October 24.

And San-En could not stop Davante Gardner’s second quarter explosion that led to the rout.

With the game knotted at 24-all to end the opening frame, the product of Marquette dropped 13 of his 28 points during the second stanza, going 6-of-7 from the field to give the Seahorses a 49-42 edge.

Gardner continued his rampage in the third canto, scoring nine points, while Avi Schafer joined in by scoring eight as Mikawa blew the game wide open.

A demoralized NeoPhoenix team only scored nine points in the final frame.

Yoshiyuki Matsuwaki and Elias Harris both had 13 points each with the latter also grabbing seven rebounds. Robert Carter added 11 points.

Both teams face off again tomorrow.