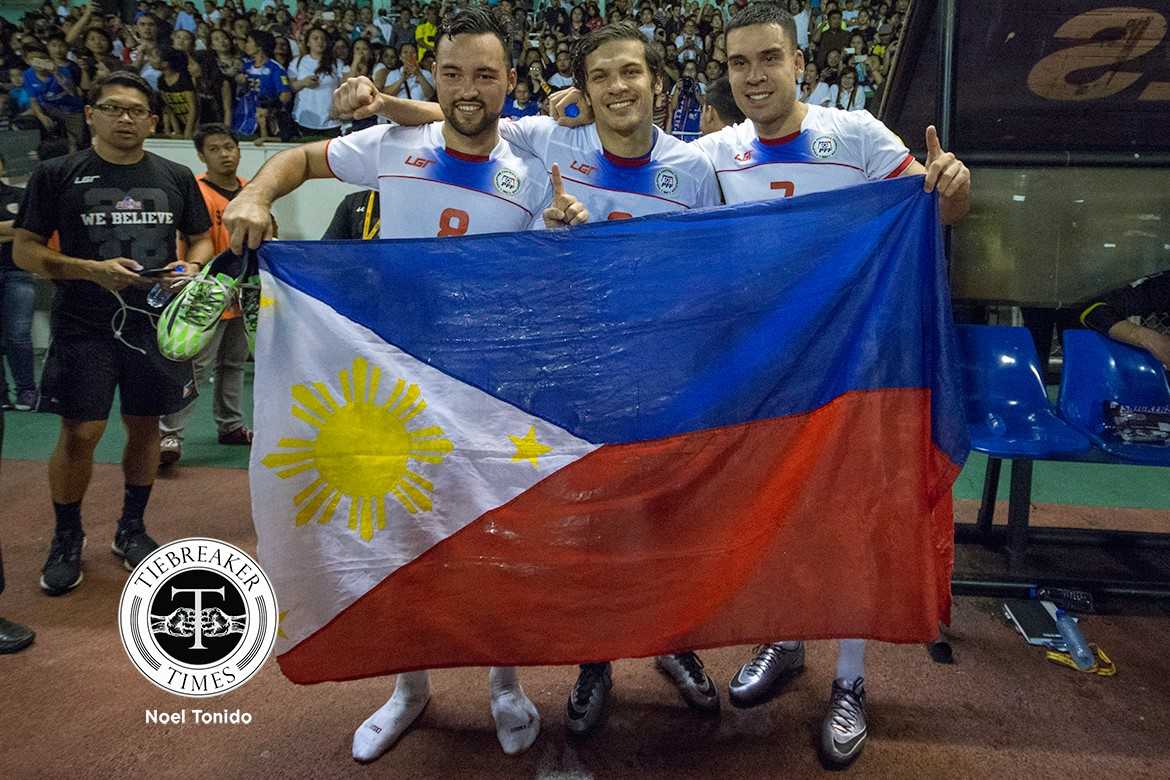 Following an impressive display in the conclusion of the qualifiers last month, the Philippine Azkals made history once again by moving up 19 places to 116th, the highest the team has placed, in the FIFA Coca-Cola Men’s Football World Ranking.

The team coached by Thomas Dooley solidified their leap from last month’s 135th rank by registering 37 more points than what they had in March.

It began when the Azkals gave a good account of themselves in Tashkent, almost getting a result despite playing with 10 men against a highly-fancied Uzbekistan team. They lost 1-0, but have gained respect amongst the elites of Asian football.

Not a full week later, the Filipinos recorded a memorable 3-2 come-from-behind victory against the North Koreans, enough for the Azkals to catapult themselves into their best position in the FIFA World Ranking. Before they lost to the Azkals, the East Asians were ranked 94th. The gulf between them spanned 41 places, amplifying the Azkals’ surge in the list. Now, the two teams are separated by just four places, as both have qualified for the third round of the 2019 Asian Cup Qualifiers.

The latest rankings released today also place the Philippines as the 16th best team in Asia and the top team in the South East Asian region, leapfrogging Thailand, as the War Elephants are now situated in 119th.

This comes as a huge boost for the Azkals, who are also set to co-host the group stages of the 2016 AFF Suzuki Cup later this year.

With no tournaments to join before that, the challenge now for the national men’s football team is to maintain their rise in the world’s most popular sport.