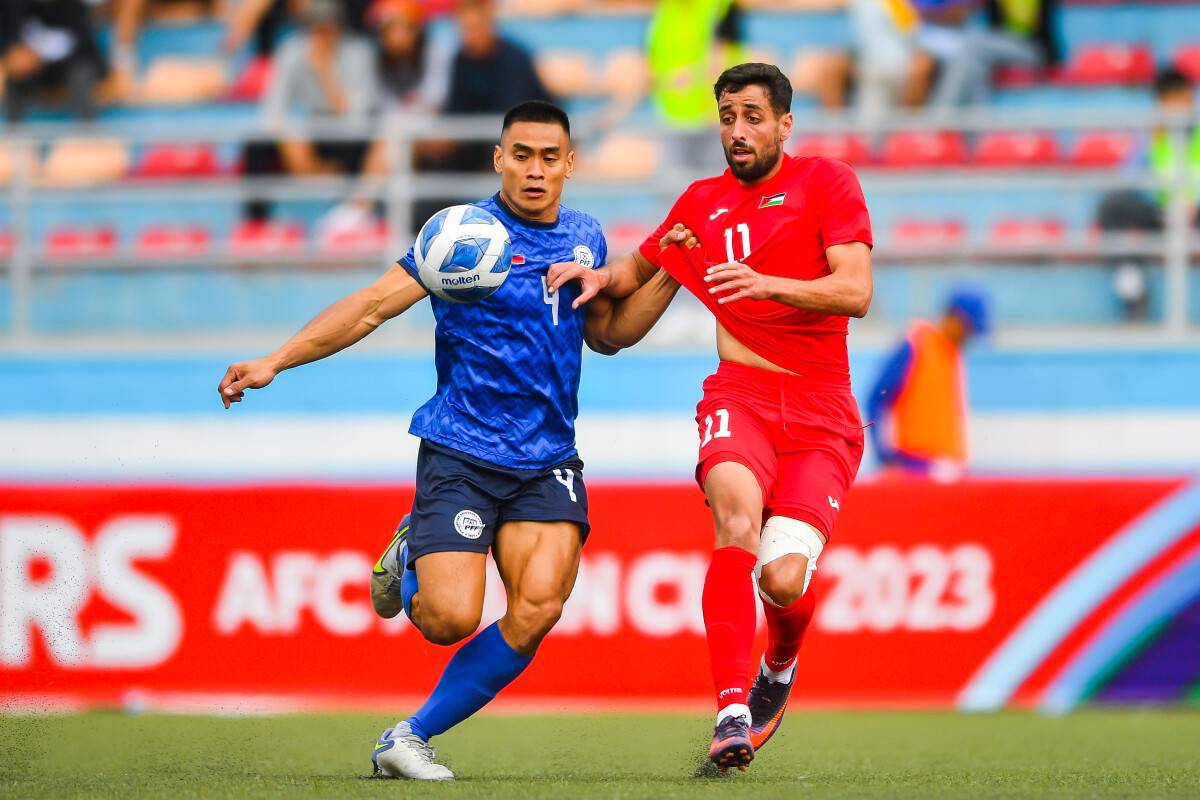 The Philippine Azkals’ hopes of making it to the 2023 AFC Asian Cup are all but gone after a 4-0 loss at the hands of Palestine, Tuesday afternoon, at the MFF Stadium in Ulaanbaatar, Mongolia.

The result means that the Azkals end their Group B campaign with four points after three matches. Meanwhile, the Palestinians have a perfect slate with nine points in as many games.

First-half headers from Saleh Chihadeh (31st minute) and Tamer Seyam (42nd minute) set the tone for what became a miserable afternoon for the Azkals.

Mahmoud Abu Warda then finished from close range in the 72nd minute to make it a resounding win for the Palestinians.

For the Azkals to make it to the Asian Cup from here, so many results have to go their way. First, they need a favor from Mongolia to make Yemen drop points so that they can keep second place in Group B.

If that happens, then coach Thomas Dooley’s men will have to wait for other results from the five other groups to see if they finish as one of the top five second placers.