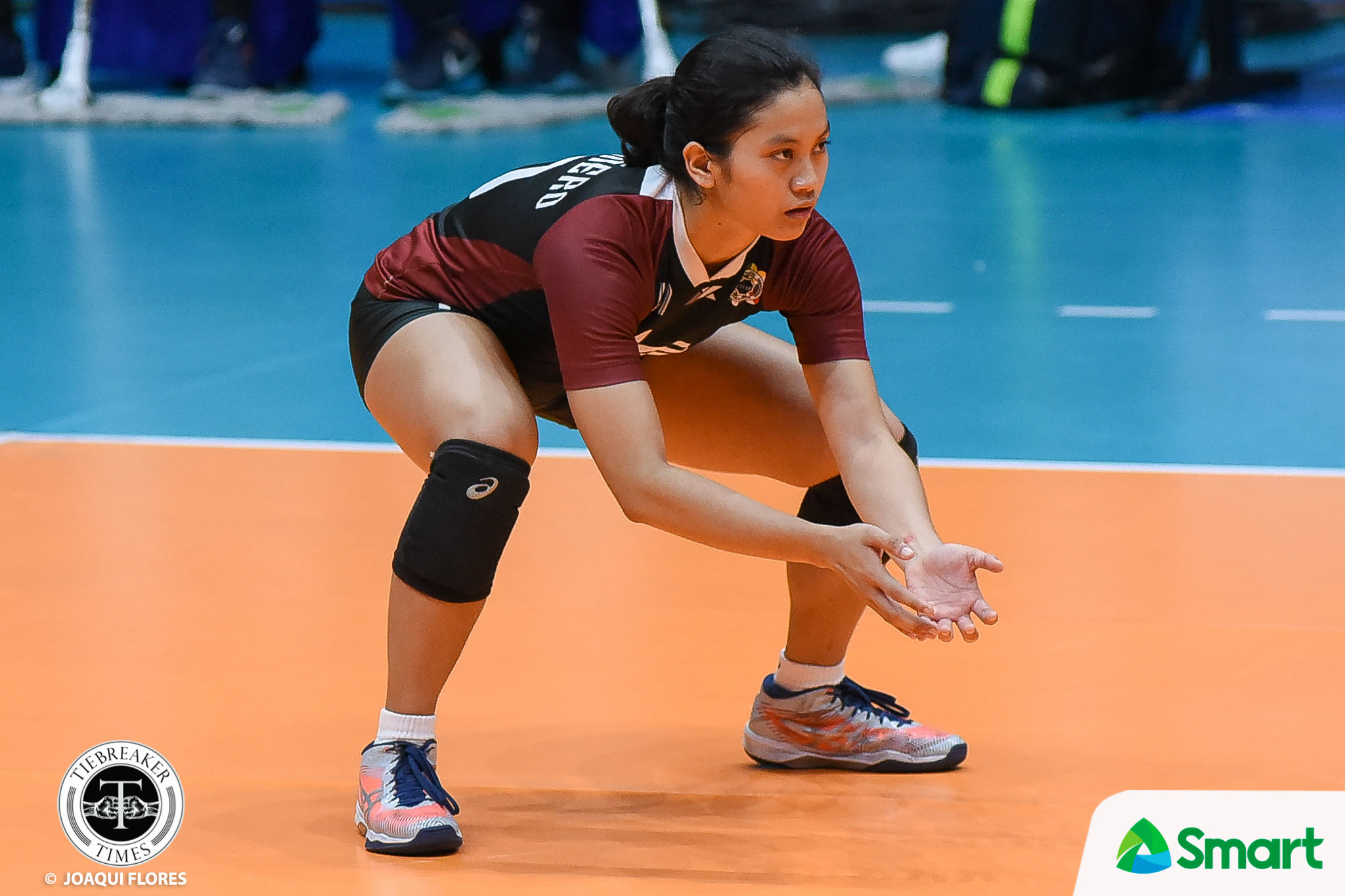 In a sport like volleyball, which neatly divides every skill among different players on the court, UP’s Ayel Estrañero has, without hyperbole, done it all in the UAAP Season 80 Women’s Volleyball Tournament.

She started the season as a setter, even leading the league in excellent sets per set at one point. Then, when the University of the Philippines Lady Maroons’ reception problem became too costly to ignore, Estrañero took on a hybrid role of a pseudo-hitter who was really just on the court to receive, play defense, and set when the Lady Maroons need her to.

While she doesn’t produce eye-popping stats, the Bacolod native has been pivotal to UP’s sudden resurgence.

Nowhere was Estrañero’s effect felt more than in the Lady Maroons’ recent triumph over the Adamson Lady Falcons.

Estrañero was all over the stats sheet, providing seven points off three attacks, three aces, and a block while also anchoring UP’s back row with 12 digs and 31 excellent receptions.

But, the fourth-year Communications Reseaech major had no bigger contribution than the off-speed hit she used to dazzle Adamson’s blockers late in the fifth set and cap a 3-0 UP run that iced the match.

Estrañero is used to adjusting. She was a hitter in high school, before being converted into a libero during her rookie year in Season 77. When the Lady Maroons lost starting setter Jewel Lai for academic reasons after Season 78, Estrañero was tasked to take on the playmaking reins for the first time in her career.

No other player in the UAAP is expected to be as versatile as Estrañero. She admits that her determination springs from simple sheer passion for the sport. “I think, like what I’ve always been saying, if you really want it, if you really want to play, if you’re passionate about it, no matter where you’re put in, you’re expected to perform at your very best and contribute,” she said, adding that she’s learned to be proud of how hard she’s worked to get to this level.

“It’s something I’m proud of. I’m proud of myself kasi I’ve been working so hard ever since.

“Siyempre, it’s also a big responsibility kasi kahit ito ‘yung ginawa niyo sa training tapos biglang kailangan iba gawin mo during the game, you have to automatically switch into something else and bring out your nest no matter how pressuring and difficult it is,” she pointed out.

“As long as you love it and you’re really passionate about it, lalabas at lalabas ‘yung totoong laro mo.”

UP’s first-year head coach Godfrey Okumu perfectly summed up how the entire UP community feels about having a willing contributor like Estrañero.

“In my life in volleyball, she’s one of the very, very good player[s]. It’s so hard on her to take all the roles. But the thing is, she’s a senior and she’s taking the roles pretty well. I’ll say that UP is lucky to have a player like Ayel,” the Kenyan tactician gushed.

“If she wasn’t here, I don’t know how the results will be. But, she’s a great player and a very humble person. Ayel is great. I want to thank her. I hope she will continue taking the roles and helping the other young players as we go along.”