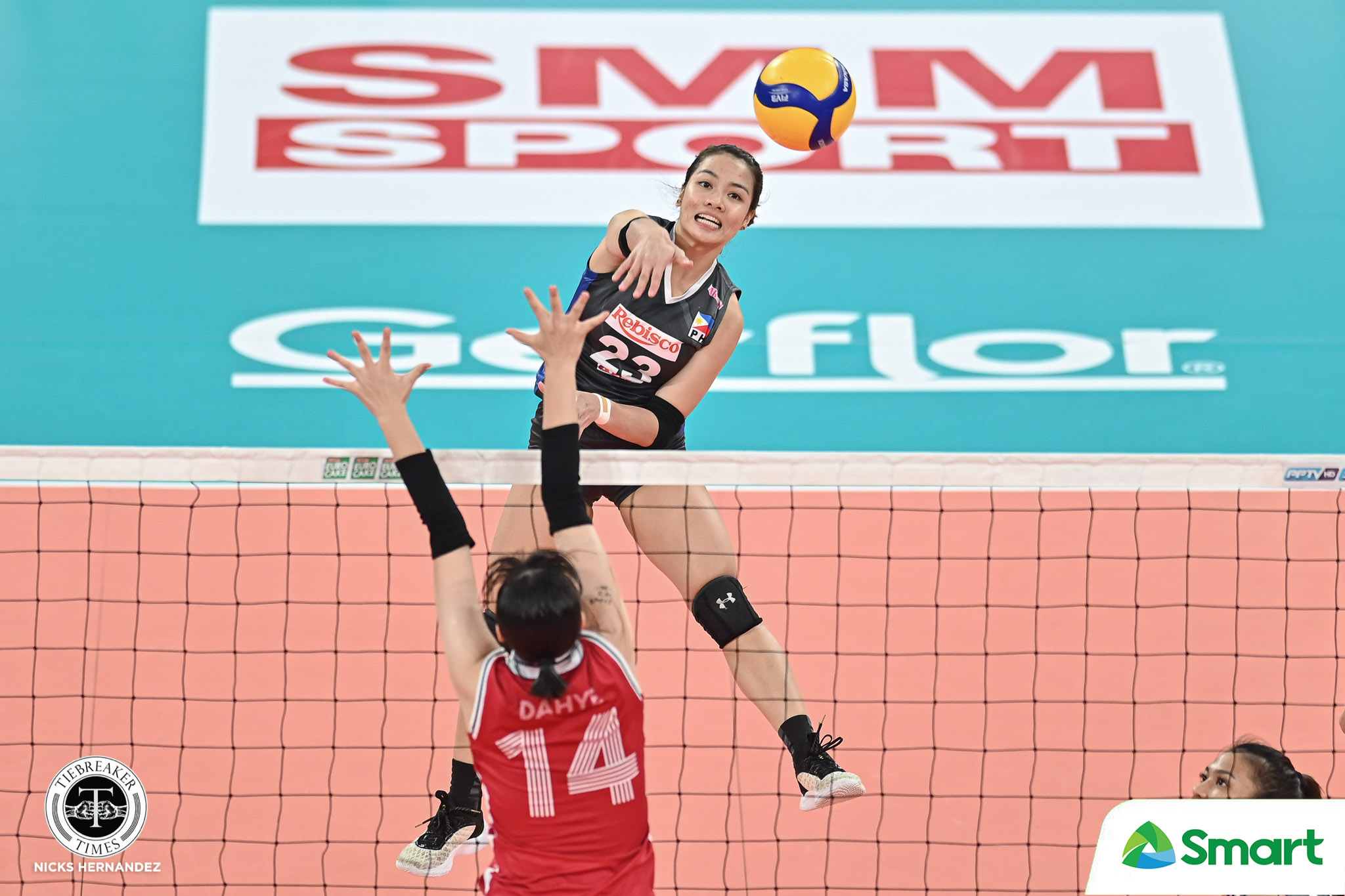 The Philippines grabbed its second-straight win via a sweep of South Korea, 25-18, 25-13, 25-17, to end the 2022 PNVF AVC Cup for Women preliminary round, Thursday at the PhilSports Arena.

With a 2-2 win-loss record, the national team will enter the quarterfinals as the third seed of Pool A and will face Pool B second seed Thailand on Saturday, at 5 pm.

Jema Galanza spearheaded a hot start by the Nationals in the first set, scoring four in their 10-3 opening, ultimately taking a 25-18 tally.

Knotted at 9 in the second frame after three straight errors by the Philippines, the hosts went on a blistering 16-4 finishing kick to move a set away from the sweep, 25-13.

Galanza led the Philippines again with 12 points, while Tots Carlos chimed in 11 points.

The Philippines dominated the blocking and service department with 12 and seven, respectively.