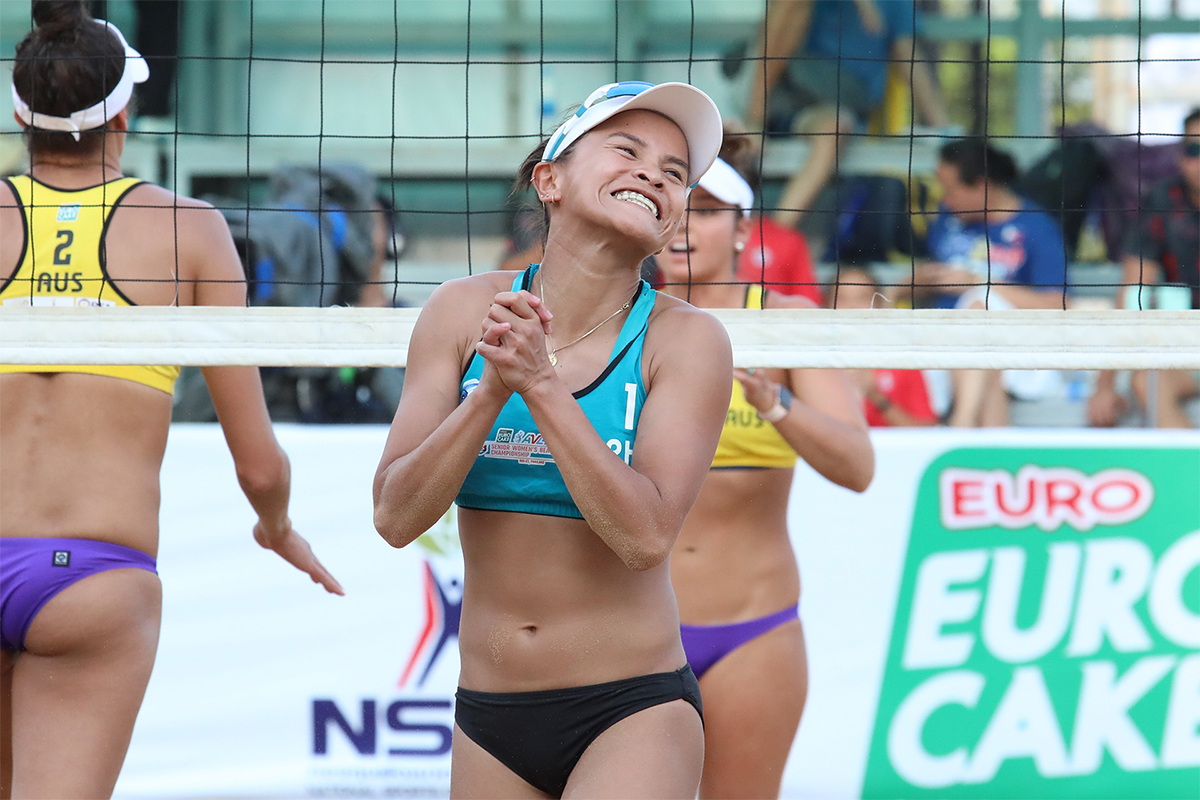 The two Philippine women’s teams made it to the Round of 16 in the Asian Volleyball Confederation (AVC) Senior Women’s Beach Volleyball Championship Thursday in Roi-Et, Thailand.

Rondina and Pons gave the Aussies everything to handle in the second set to point that Clancy and Artacho del Solar called a timeout. But the tournament’s top-ranked team pulled away to prevail, ending the Filipinas’ bid to secure a seat in the quarterfinals.

It was Rondina and Pons’ second consecutive round-of-16 appearance after they made it past the pool stage of the AVC Beach Tour Roi-Et Open a week ago.

Making it to the round of 16 this time after missing the cut in the Roi-Et Open, Dij Rodriguez and Gen Eslapor ended their campaign with a 7-21, 14-21 loss to Thailand 1’s Worapeerachayakorn Kongphopsarutawadee and Taravadee Naraphornrapat.

Rondina and Pons finished their Pool D stint with a 2-1 record in second place, having beaten Thailand 3’s Wornatchayakorn Phirachatakrailert and Charanrutwadee Patcharamainaruebhorn, 21-15, 15-21, 15-7, and New Zealand 3’s Maya Dickson and Katie Sadlier, 21-11, 21-8. Their only loss came from the hands of China 1’s Lin Meimei and Xia Xinyi, 10-21, 11-21.

Rodriguez and Eslapor’s lone win from the hands of Australia 3’s Alisha Stevens and Georgia Johnson, 21-19, 21-13, but the result was enough to finish second in Pool G and gain a place in the Round of 16.