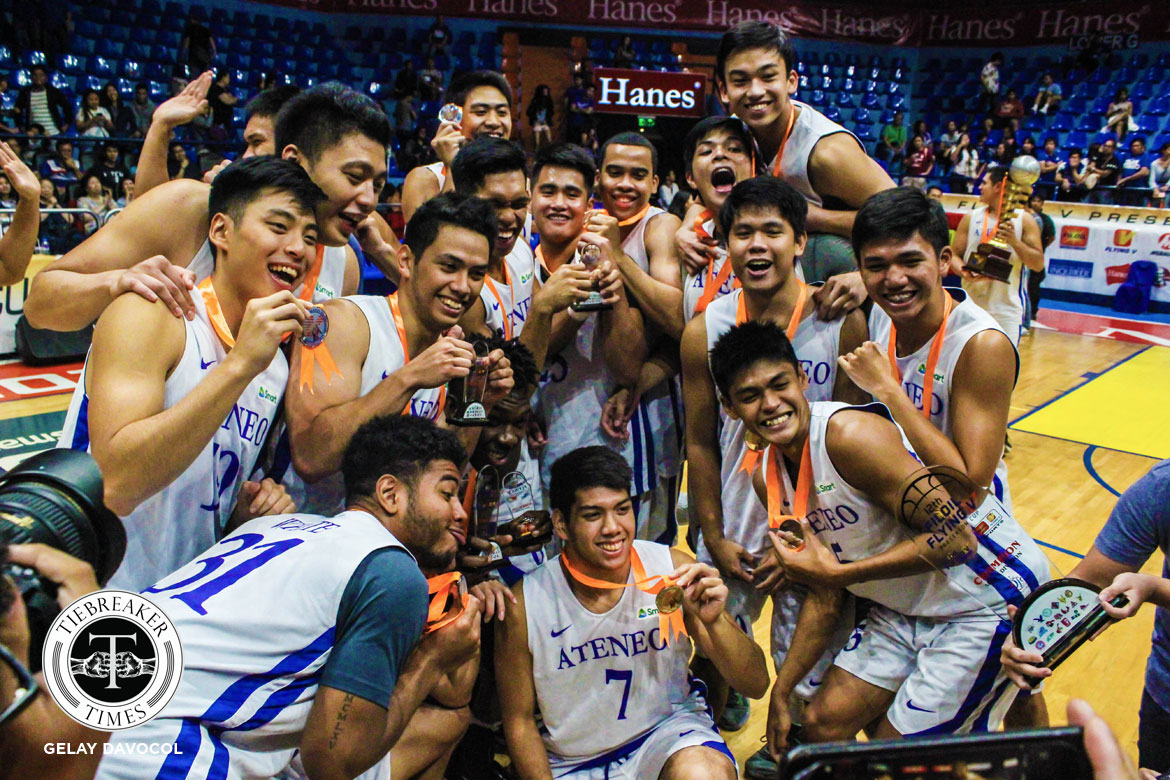 If winning preseason tournaments Filoil Preseason Cup, presented by Chooks-to-Go and SMART City Hoops Summer Classic and figuring in a tour against the national teams of Greece were not enough, defending UAAP Men’s Basketball Champions Ateneo de Manila University Blue Eagles will get to test their mettle against select clubs and national squads later this month.

The Blue Eagles are set to be the country’s representatives for the 40th William Jones Cup. The tournament will begin on July 14 at the Xinzhuang Gymnasium in New Taipei City, Taiwan.

This will be the first-time in a long while that the country is sending over a collegiate team to the invitational tournament.

“We wish the Ateneo Blue Eagles the best of luck in this endeavor. They will be representing our country to the best of their will,” said Samahang Basketbol ng Pilipinas Executive Director Sonny Barrios.

The team will be backed by Chooks-to-Go.

“Of course, we are elated that are brand will be supporting this team. We will do our best to support the Blue Eagles in this journey because we know that joining a tournament like this will bring a lot of pressure to these young men,” expressed Bounty Agro Ventures Inc. President Ronald Mascariñas.

Most likely composing the Blue Eagles are the team they used in the Preseason Cup.

Last year, the Chooks-to-Go-backed Gilas Cadets finished in fourth place in the 10-nation meet, finishing with a 6-3 record.

The Philippines has won the tournament five times. The last time the country topped the Jones Cup table was back in 2016 with the import-laden Mighty Sports-Philippines.

Myla Pablo hurts back prior to do-or-die showdown