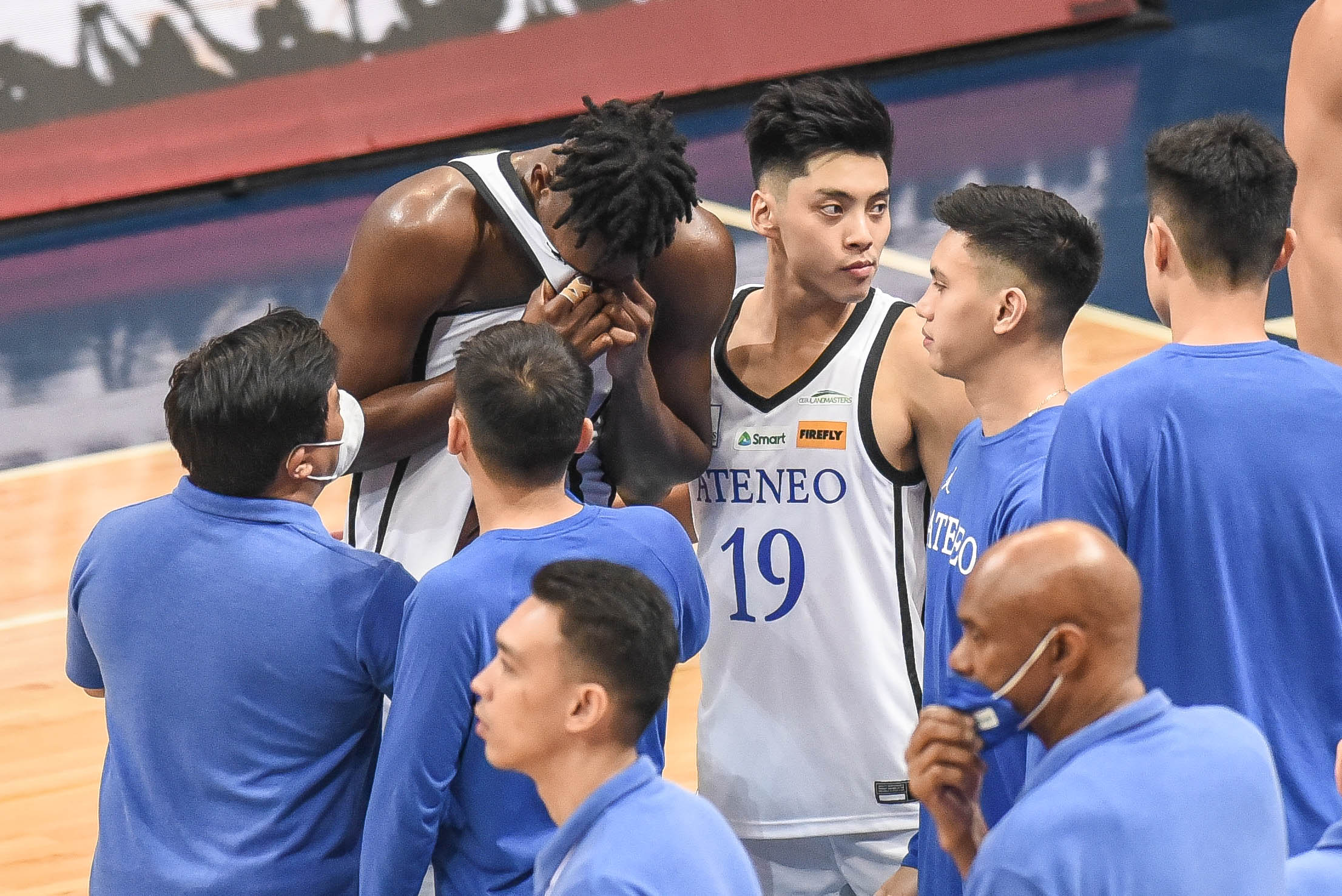 Ateneo de Manila University may be the reigning three-peat champions of the UAAP, but the team still lacks sufficient experience in order to add another title to their collection.

That’s according to head coach Tab Baldwin, at least.

In Season 84, the Blue Eagles showed their dominant form. They cruised to 13 straight victories – before losing their final elimination round assignment against the Fighting Maroons. Baldwin claimed that not having that opportunity to play many close games hurt Ateneo after losing Game One of the Finals in overtime, 74-81.

“I think every coach probably knows that no matter what the situation is, you like to have experience in all situations,” said Baldwin. The Blue Eagles won by an average margin of 18.77 points in their first 13 games of the elimination round.

“We just haven’t had close games, and we didn’t play well in the critical moments of the game. We looked disjointed, we didn’t look cohesive at all – we were searching.”

Defense was the name of the game for State U on Sunday evening. The intensity that they played on the defensive end allowed them to contain the offensive production of several Blue Eagles in crunch time.

According to Baldwin, UP’s effectiveness on defense was also the driving force behind the big shots that the Fighting Maroons made late in the game. One of which was James Spencer’s three-ball which tied the game at 70-all with 32.6 seconds and sent the game to overtime. 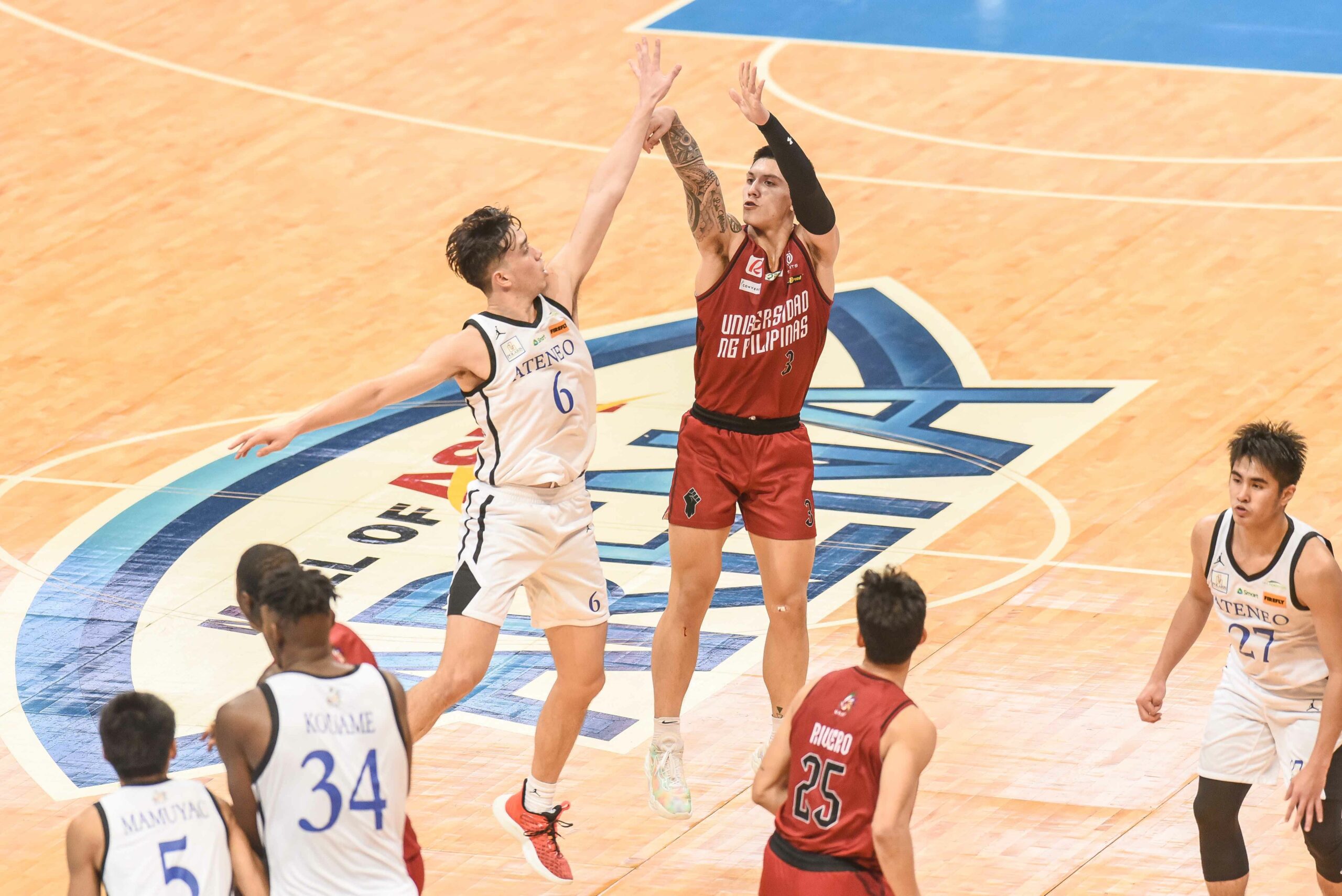 “We had no rhythm offensively. We had no execution offensively in the latter stages of regulation. That gave them all the initiative and momentum they needed to get a couple of buckets,” he said. “James hits that shot partly just because he feels so positive about the way their defense is playing. If they’re concerned and worried then it’s a lot tougher to shoot that shot.

“But even though they were down three, they had the initiative. You see players do that quite often when the team is on a roll; shots go in that might not normally go in. So you just have to give credit to the whole team. That shot that James hit, he hit it, but that was a team bucket spurred on by the momentum that their defense gave.”

After proving effective against La Salle, the defensive press of UP reared its head again, this time against Ateneo. The Fighting Maroons forced the Blue Eagles to commit a 24-second violation in three possessions in overtime. That dampened their chances of winning the game.

#ReadMore  Manansala explains why Luib was calling shots for UST

In the end, Goldwin Monteverde’s squad forced their opponents to commit 26 turnovers, then scored 26 points off of it. UP also gained a huge advantage after outworking Ateneo in terms of offensive rebounds, 29-24. At the same time, the Blue Eagles also shot themselves in the foot after just shooting 44 percent from the charity stripe as compared to the Fighting Maroons’ 89.3 percent.

Baldwin claimed that the game was still winnable despite their lapses. Still, he admitted that UP’s defense forced them to make crucial errors that made a huge difference in the outcome of the game. 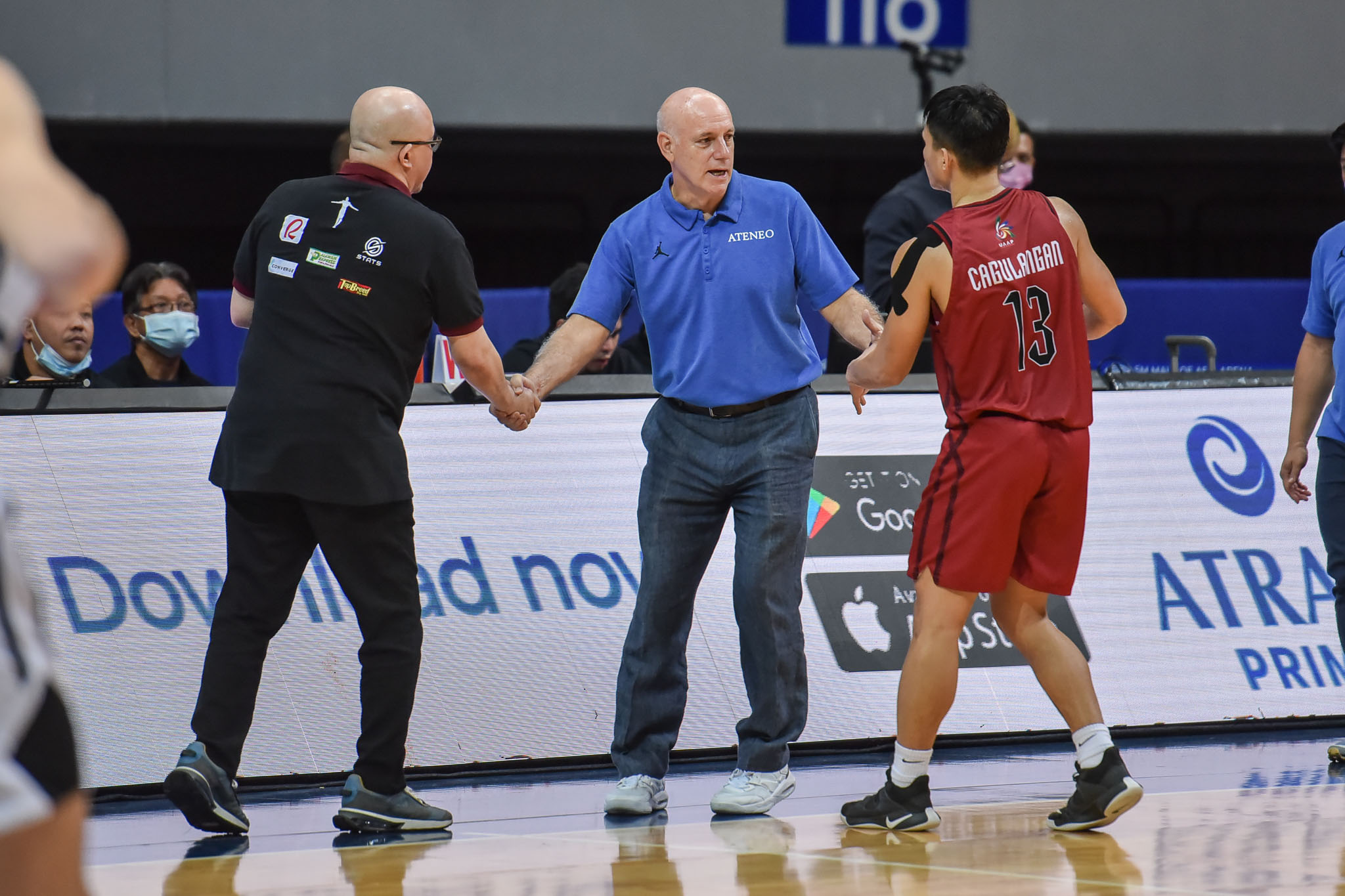 “UP certainly had the initiative there with their defensive pressure and they didn’t allow us to settle. And we didn’t settle so we made bad plays late in regulation and in the overtime,” the multi-title coach opined.

“But I think more than that, that game was winnable in regulation. But I’m not really sure that you deserve to win it when you allow your opposition 50-percent offensive rebounding percentage; when you give them 26 turnovers that they turn into 26 turnover points; and you shoot 11 from 25 from the free throw line. It’s almost like you’re trying to lose when those numbers are present on the scoresheet.”

Still, the American-Kiwi mentor gave credit to the Fighting Maroons for the eagerness and determination that they showed.

“I think it was all UP’s defense but we have to be better than that,” he opined. “They certainly disrupted our rhythm with their defense. They did a great job, particularly late in the game. They showed no signs of tired legs, they kept their intensity and effort at an extremely high level. They played like they wanted to be champions desperately and so they got Game One.

“You can only congratulate them.”

After not playing at the level that they wanted to, Baldwin pointed out that they need to get back to the drawing board and work on their lapses in order to perform better come Game Two. After all, the road to the title spans three games. That can still allow the Blue Eagles to get back on their feet and fight their way to defend their crown this season.

“Certainly, there were some good numbers on the scoresheet in our favor. But that’s not indicative of the way that we normally play, the way that we certainly want to play. And we intend to get back to play the way we should play and we believe that we can turn this result around,” he stressed.

“It’s a three-game series for a reason. So we intend to work our tails off and get this thing to a third game and do the very best we can to win the championship.”