An old rivalry will be rekindled on Saturday afternoon at the Greenhills West Indoor Court.

The winner of the match-up will face the UP Fighting Maroons in the semifinals of this tournament, presented by Chooks-to-Go, Mighty Sports, Rain or Shine Elasto Paint, Wilson Basketball, and Cignal TV.

The two squads will enter the match-up sporting identical 2-2 records. With their impending match-up in the playoffs, the coaches of both squads agreed to not play their final game in the elimination round as the pairing will not be affected by the outcome of the game.

In addition, the student-athletes of the Blue Eagles had to finish their academic requirements at the time before entering their annual camp in Baler.

Though coming off a long absence from the hardcourt, Ateneo will enter the game as the more fatigued team, as this tilt will be their third game in as many days.

“As you can see, we have been managing their minutes during the last two days,” shared Ateneo lead assistant coach Sandy Arespacochaga. “Good thing our players have been playing well.”

Ateneo elected not to field their three Gilas Cadets for the win-or-go-home game — namely Thirdy Ravena, Isaac Go, and Matt Nieto. With this, the Blue Eagles will heavily rely on their foreign student-athlete Angelo Kouame and the duo of Gian Mamuyac and Jolo Mendoza.

Still, Letran head coach Jeff Napa and the rest of the Knights will not take the game lightly, as they will relish the chance to face one of the top teams in the collegiate scene.

Earlier in the day, the 15-under squad of the Letran Squires will face top-seeded National University Bullpups for the championship. 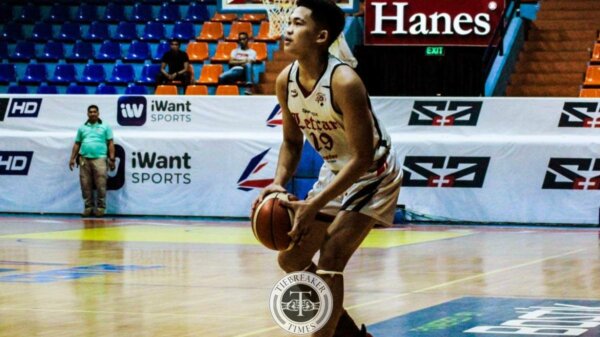