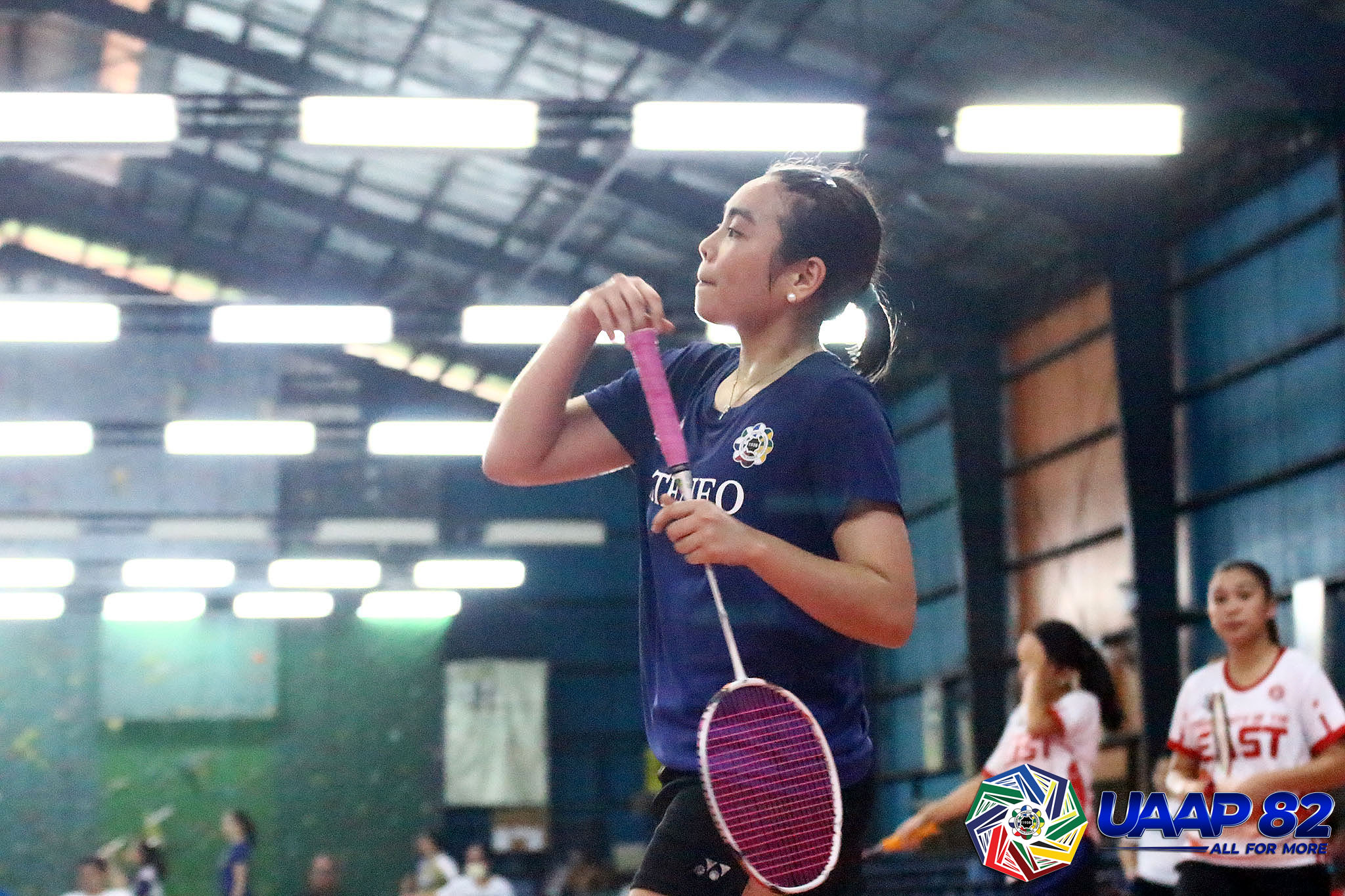 Defending champion Ateneo took down another contender in National University, 3-2, to secure the top spot in the semifinals in the UAAP Season 82 Women’s Badminton Tournament, Saturday afternoon at PNP Sports Center Badminton Courts.

The Lady Eagles took their fifth straight win of the season.

Ateneo leaned on the heroics of Geva De Vera after a thorough win over Jeya Pinlac at 21-11, 21-15, in the deciding singles match.

Last season’s Rookie of the Year Sarah Barredo took the first singles match for National U after a 21-9, 22-20 win over Chanelle Lunod. Rookie Mika De Guzman then leveled for reigning champions the tie at a comfortable 21-13, 21-11 sweep of Jiselle Capillo.

Lunod and De Vera put the Lady Eagles ahead at 2-1 after overpowering Gwen Desacola and Kate Amigable at 21-14, 21-18 in the first doubles match, before Barredo and Capillo set up the decider with a 21-12, 21-17 victory over De Guzman and Qian Xi Orillaneda.

De Guzman was pleased to have come back and set the tone for Ateneo by winning the second singles match, saying, “Just like what my coaches said, stay focused and take it one game at a time. My mindset is to play my game, not to win but to play my game.

“Actually, we’re happy that we’re winning because yung mindset namin is just to play our game and enjoy the game,” she continued.

De La Salle University also secured a semifinals berth after romping University of the Philippines at 4-1.

The victory sent the Lady Shuttlers to 4-1 and dropping the Lady Maroons to 3-2 — same as the Lady Bulldogs.

#ReadMore  Andrei Caracut made sure to silence La Salle doubters

Rookie Aldreen Concepcion remained undefeated in singles matches as she took the lone win for UP. Concepcion took down fellow rookie Mia Manguilimotan at 21-18, 21-14.

Captain Iyah Sevilla started it off for La Salle at 21-19, 21-15 win over Jaja Andres in the first singles match, before teaming up with Kanna Baba in getting back the advantage in the first doubles match in 21-11, 21-11 over Andres and Tricia Opon.

Rookies Palma Cruz and Shaynne Boloran secured the win after outlasting fellow newbies Marie Lopez and Andrea Abalos, 21-14, 21-18. Baba then closed out the rout at 21-13, 26-24 decision over Airish Macalino.

On the other hand, Adamson University broke its four-tie skid at the expense of University of the East, 3-2.

The Lady Warriors went out at 0-6 but closed their season on a winning note as Patrice Reyes and Justine Amposta took the second doubles match and Cabriga bagged the third singles victory. Reyes and Amposta took a 21-19, 16-21, 21-19 win over Jhay Anne Macabenta and Dela Cueva, before Cabriga had the final say at 21-8, 21-14 beating of Janine San Ignacio.