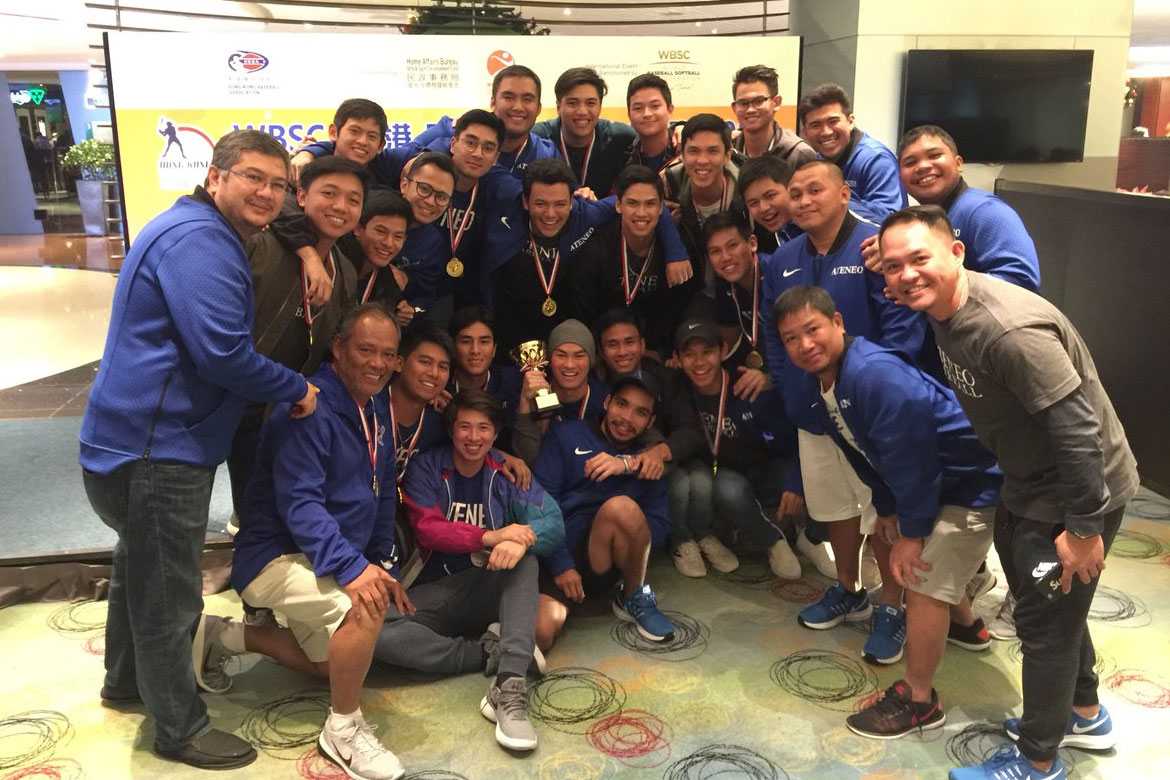 Defending UAAP Baseball champions Ateneo de Manila University Blue Eagles are once again off to the races in their preparation for the upcoming season.

“It feels great to be back. It’s always good to come here and play,” said Ateneo catcher Dino Altomonte. “We’re looking to do it again next year.”

Besides taking home the crown once more, the Blue Eagles racked up the majority of the individual awards.

Marco Mallari took home the Most Valuable Player plum. The third-year Blue Eagle played in all four games, going an efficient 9-of-14 at-bat and punching in eight runs.

Fourth-year and UAAP Season 79 Finals MVP Paulo Macasaet was named as the Best Pitcher of the tournament, finishing with a clean 2-0 slate. The national team standout struck out 11 batters while only allowing six runs when he’s on the mound.

Filipino-American Marquis Alindogan had the most hits and most stolen bases in the four-team meet. Alindogan finished with six stolen bases.

With the win, coach Randy Dizer was named as the Best Coach.

Ateneo started off its campaign the way it started it with a 12-7 win over Sydney University last December 14. The Blue Eagles were able to edge out Hong Kong Blue the next day, 9-6, before lambasting Lanzhou New Way, 12-3.

Last year’s tourney only had one division.