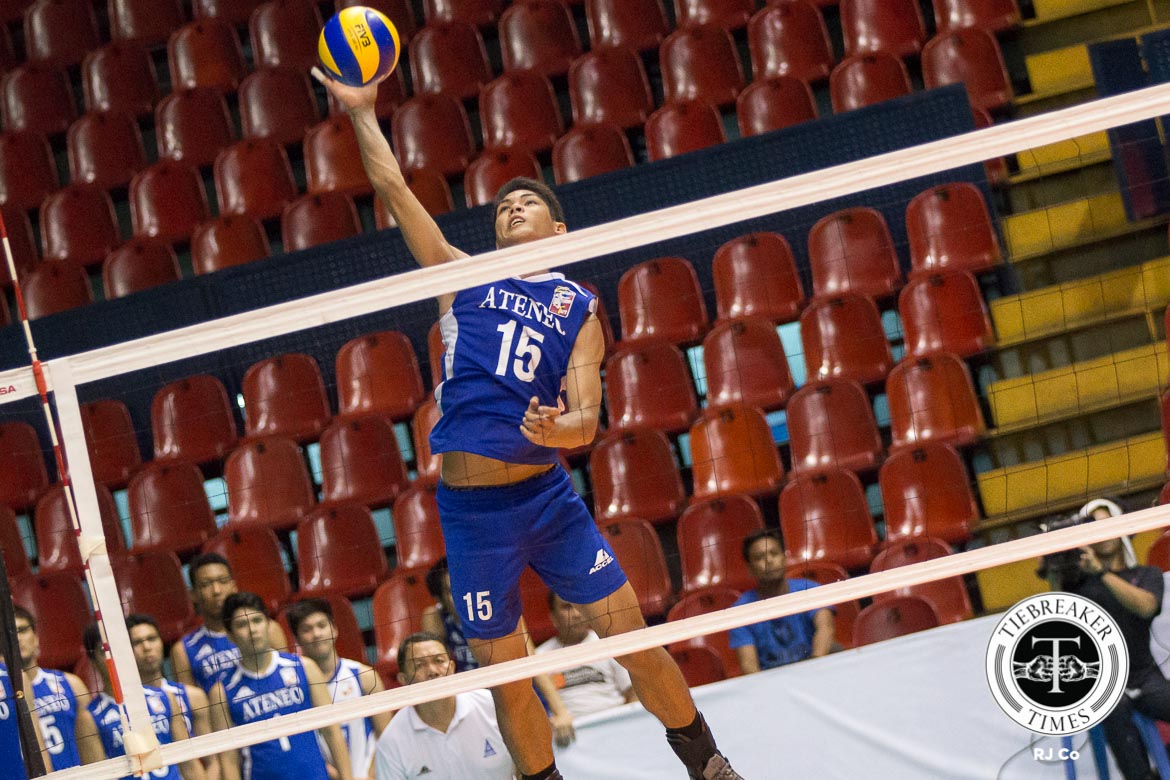 Marck Espejo had another top-notch performance for the Blue Eagles, leading all scorers with 24 points off 16 attacks, six service aces, and two blocks.

La Salle had a blistering start in the opening frame, 14-10, but Ateneo overcame such by re-upping their net defense to send the set at a 17-all deadlock. The Ateneans gained the upper hand from then on, and with the Green Spikers committing a handful errors, they snatched the first set, 26-24.

Both teams exchanged tough rallies in the next set, which eventually turned to a 16-all knot midway. Ateneo, however, managed to gain momentum from the tie, scoring through service aces and cross-court hits courtesy of Espejo and Ish Polvoroza to outscore La Salle, 9-3, and take a 2-0 set lead, 25-19.

It was all Ateneo in the third and final set of the match. With a good combination of balanced attacks on offense and solid net and floor defenses, the Katipunan-based spikers flipped a slim 16-13 lead to a wide eight-point victory, 25-17, to send down the Green Spikers in three straight sets and book the first seat to the Collegiate Conference Finals.

The La Sallians were led by Arjay Onia, who was the only Green Spiker that scored in double figures by posting 12 markers off 9 attacks.

Ateneo now wait for the winner of the UST-NU series in the other semis bracket.