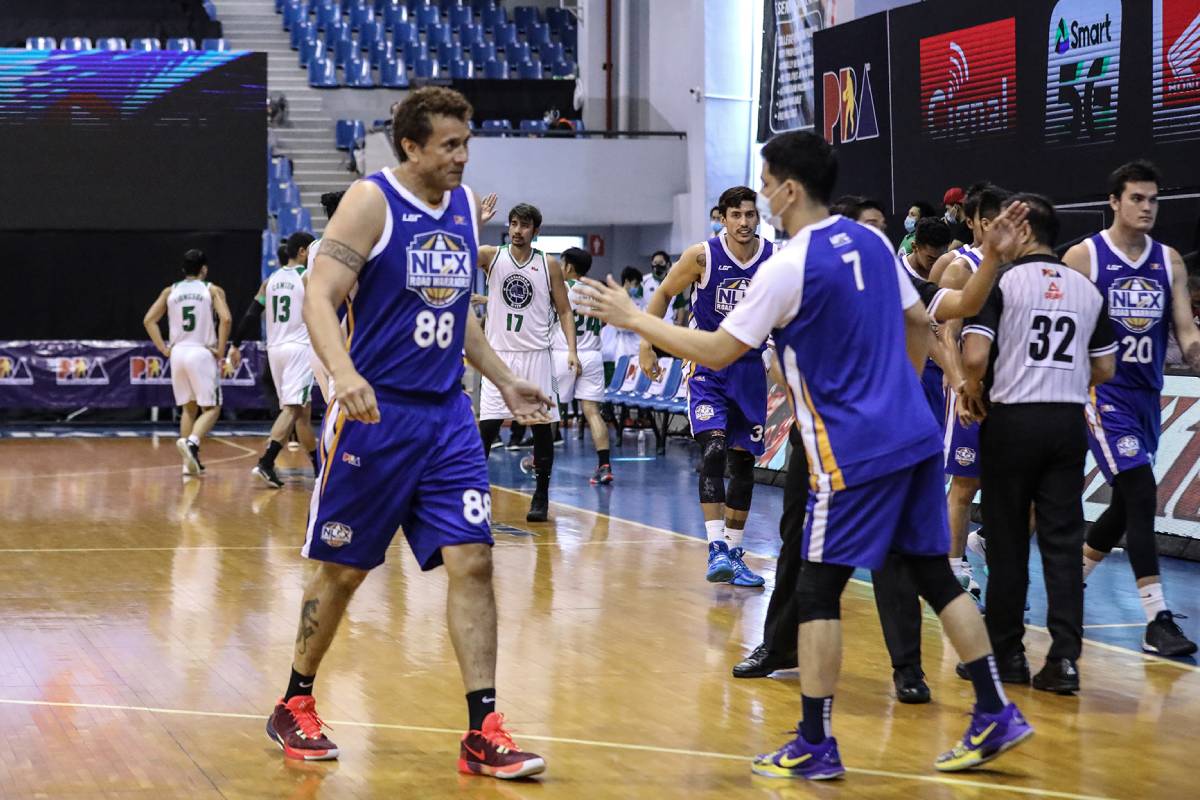 Last February, prior to the PBA’s 45th season, the 47-year-old announced that the 2020 PBA Philippine Cup would be his last. He planned to call it quits and wrap up a legendary career that has spanned over two decades.

On Wednesday, the NLEX Road Warriors played their last game versus Terrafirma. There, they dominated the Dyip to wrap up they campaign on a high note after seeing their playoff aspirations crushed the day before.

So, is this it for the icon?

“Well before this game, my understanding was he was set for retirement,” said NLEX head coach Yeng Guiao moments after their 127-101 victory at the SMART 5G-powered AUF Sports and Cultural Center.

The decorated mentor quipped that Taulava might even ask for another extension. He had himself a solid outing in the win, finishing with 11 points, four rebounds, three blocks, and two assists.

Turning serious, Guiao said that it will all be up to the management. Only Taulava has the answer for whether or not Wednesday is his last game in Asia’s pioneering pro league, where he’s been a fixture.

“I think management will make that decision. We will consult. But from what I understand as of our last conversation, it was still retirement for Asi. Siya lang makakasagot niyan, actually. But that was my understanding,” he said.

Press questioned Taulava in the walk-off interview after he received Best Player of the Game honors. The future Hall of Famer refused to give any comment regarding his retirement, though.

“Everything depends on management. I’m happy just being on the team whatever they ask me to do. Other than that just gotta wait, talk to my management first before I make any final decision.”