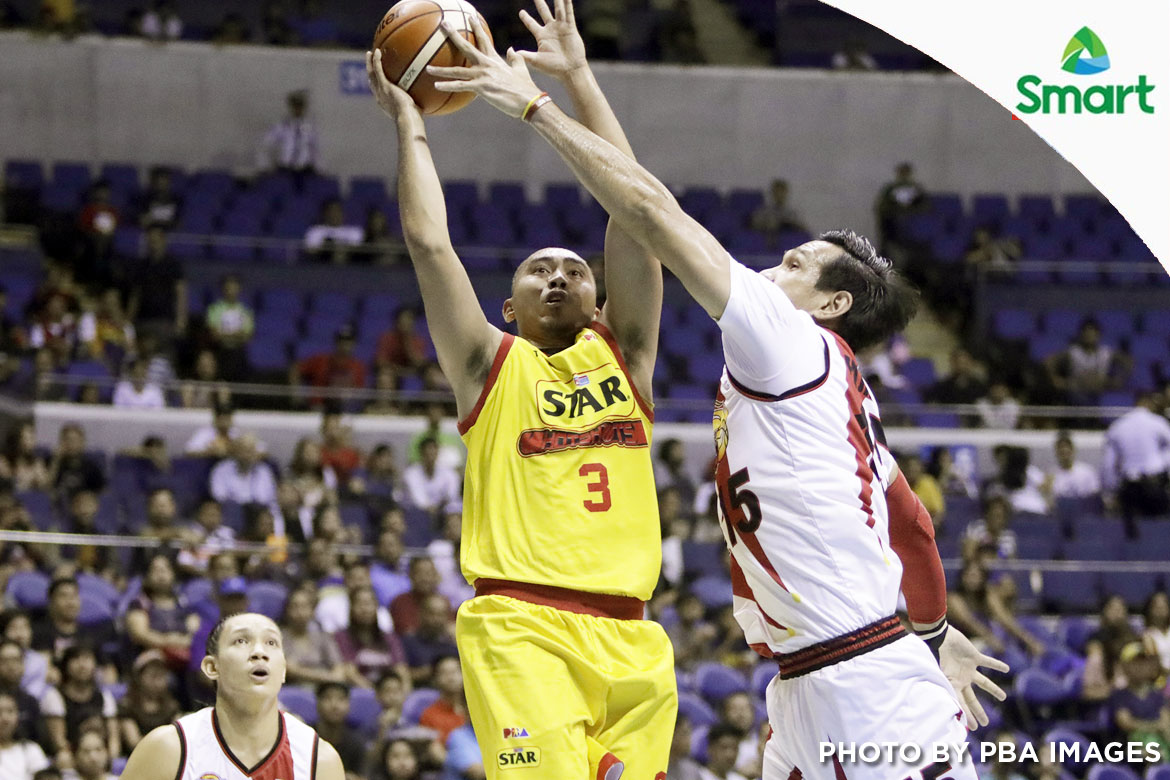 Ever since the 2017 Commissioner’s Cup playoffs commenced, Paul Lee has yet to score the way he does when he’s in Lethal Weapon mode. The only thing glaring about his statline, as of now, is his assist numbers.

After averaging 4.1 dimes in the elimination rounds, the six-foot-one guard posted norms of 5.5 assists in the Star Hotshots’ quarterfinal series against the Rain or Shine Elasto Painters. And in their Game One semis win over San Miguel, he dished out eight.

Lee has always been known as a scorer, but it’s no surprise that he can also set up his teammates well. And for him, the reason behind becoming more of a floor general this playoffs is because of the way he is being defended.

“Yun talaga yung ginagawa nila — they take me out on the play, so hanap lang ako ng open guy.”

His eighth assist of the ballgame was a pivotal one for Star. Off a pick-and-pop set, Lee dished it off to Aldrech Ramos, who then sunk a dagger trey from the top of the key to keep San Miguel Beermen at bay, 108-104, with 12 seconds to go.

As he had helped the Hotshots go up 1-0 in the semifinals over the heavily-favored Beermen, Lee is ready to run the one once more, saying that he will just adapt to whatever Leo Austria’s troops will throw his way.

Castro, TNT all set for semis clash with Ginebra