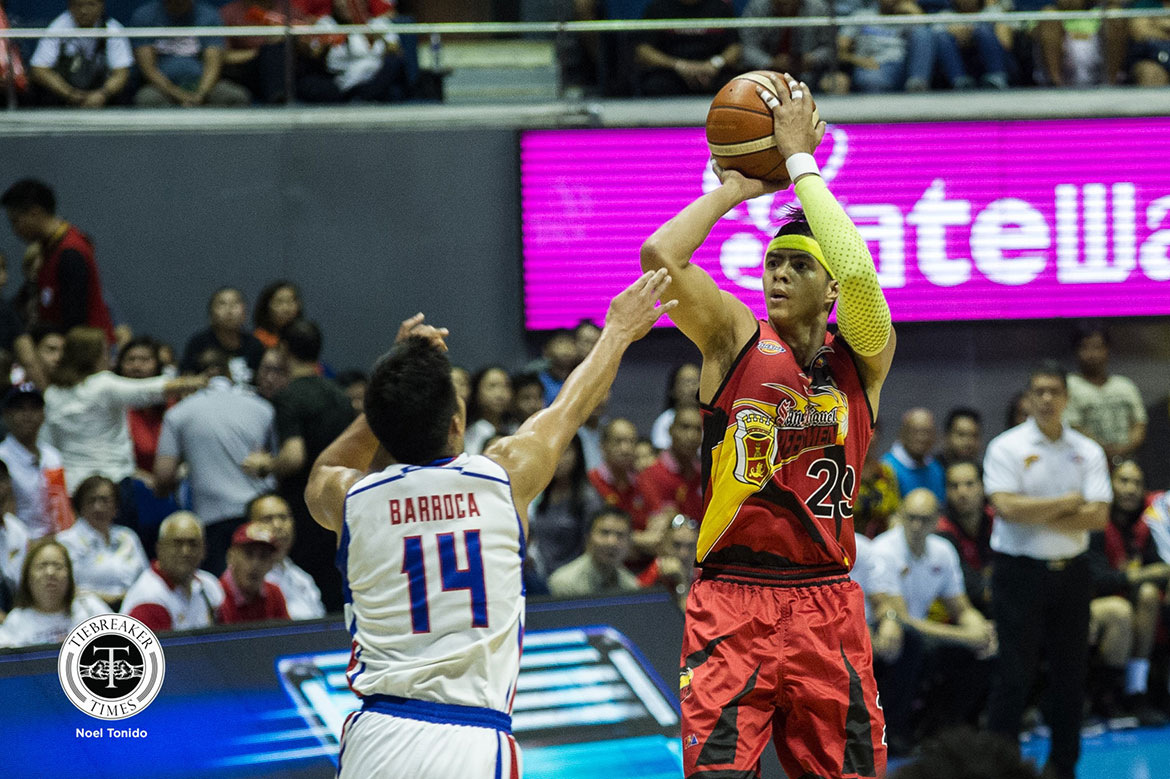 After getting beaten by 33 by NorthPort Batang Pier in their conference opener last June 5, the Beermen received a harsh 36-point beating from the hands of familiar foes Magnolia Hotshots, 82-118.

It is the same Hotshots squad which they defeated in seven games in the 2019 Philippine Cup Finals.

But when press questioned SMB’s veteran forward Arwind Santos, he wasn’t too worried about the loss.

Santos did not take anything away from the Hotshots, though. He admitted they played superb all throughout, as evidenced by their 54-percent shooting clip, including 13-of-22 from the three-point area.

But since he’s not sweating the loss, Santos also refuses to panic after the defeat dropped their card to 2-4. The 13-year pro believes that SMB still have a chance to make it to the next round.

Jio Jalalon had vengeance in mind against San Miguel