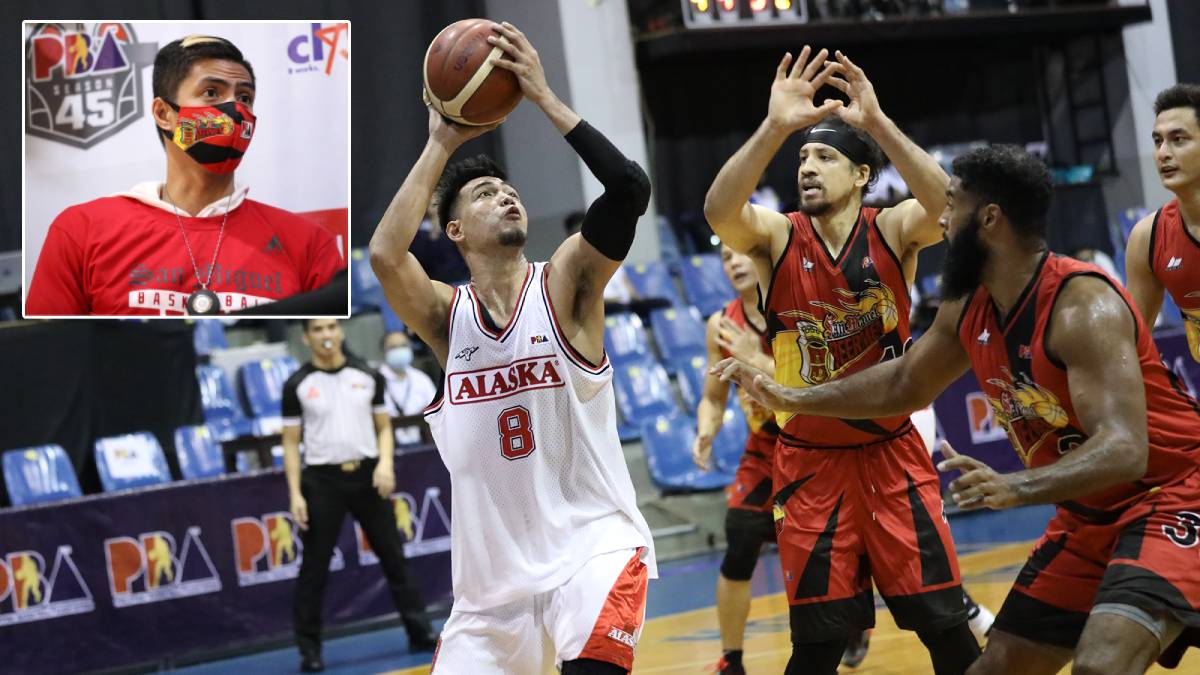 All eyes were on the Cebuano to see how he would fare with the league’s best, especially after an impressive performance versus Blackwater last Oct. 21.

There, Eboña raised the bar high for his batchmates. He finished with 24 points on 10-of-11 shooting from the field to lead the Aces to the 120-82 win.

He then continued to help his squad, chipping in 10 markers and five rebounds in their streak-busting 89-88 conquest of Rain or Shine.

It was no different versus the Beermen.

Although the Aces saw the end of their three-game winning streak following the 88-92 defeat, Eboña was one of the few bright spots in that narrow loss.

The 6-foot-6 center held his own against San Miguel’s battle-tested frontline. He produced 18 points on a 9-of-11 clip on top of five boards, a steal, and a block.

And in Santos’ eyes, he passed with flying colors.

The 2013 Most Valuable Player beamed with pride over witnessing another talent from Far Eastern University make waves in the pro ranks.

For Santos — one of the greatest to ever don the green-and-gold jersey — it is further proof of how good the Tamaraws program is in discovering talents.