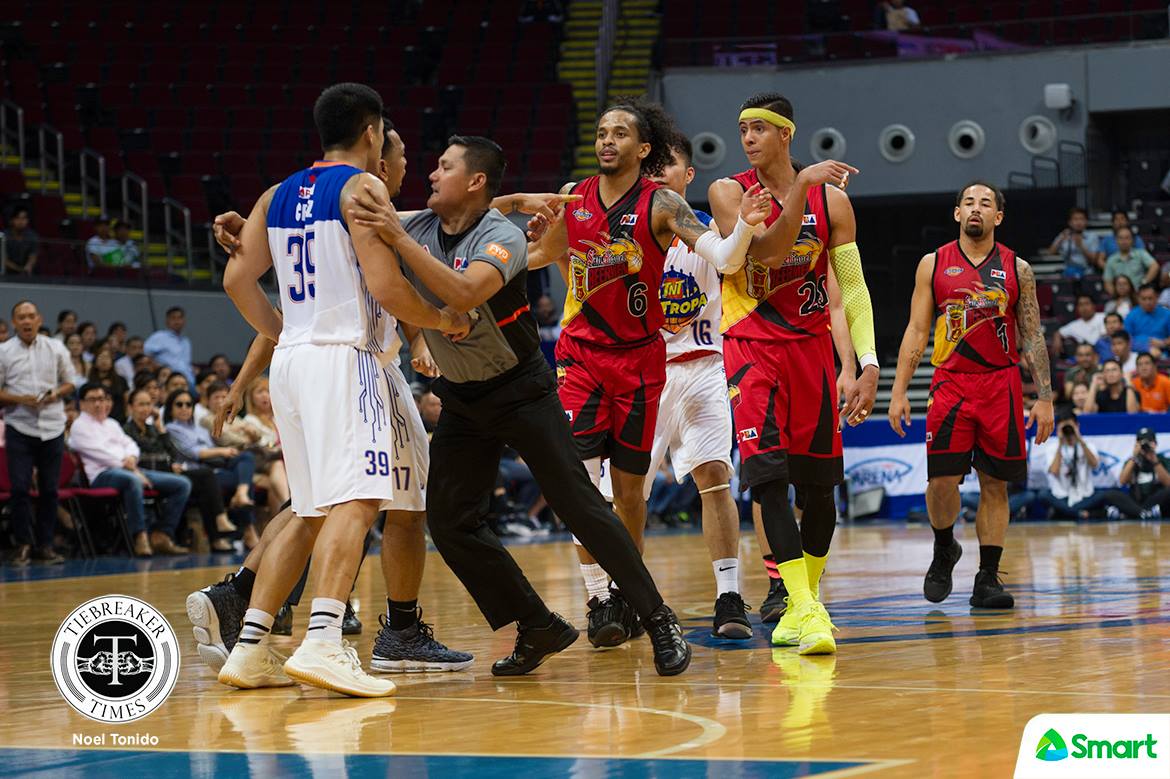 Twelve-year pro Arwind Santos has simply decided not to dwell anymore on his near-brawl with Jericho Cruz near the end of San Miguel Beermen’s quaterfinal clash with TNT Katropa, Tuesday night at the Mall of Asia Arena.

Santos and Cruz engaged in a tussle with just 1:20 left to play and with everything all but settled in favor of SMB, when Cruz apparently hit Santos at the back of his head following the latter’s nudge after Chris Ross’ lay-up.

Santos was slapped a technical foul — his second in the game that got him ejected — while Cruz incurred a flagrant foul penalty one. The 6-foot-4 forward finished the game with 15 points, seven rebounds, four assists, four steals, and four blocks.

Instead of holding on to what happened, the former league Most Valuable Player disclosed that he knew that he also had a hand that fueled the altercation. That was why he prayed for forgiveness while forgiving his junior for what happened.

#ReadMore  In awe of support, Pringle vows to leave it all on the court every SEAG game
In this article:2017-18 PBA Philippine Cup, Arwind Santos, PBA Season 43, San Miguel Beermen