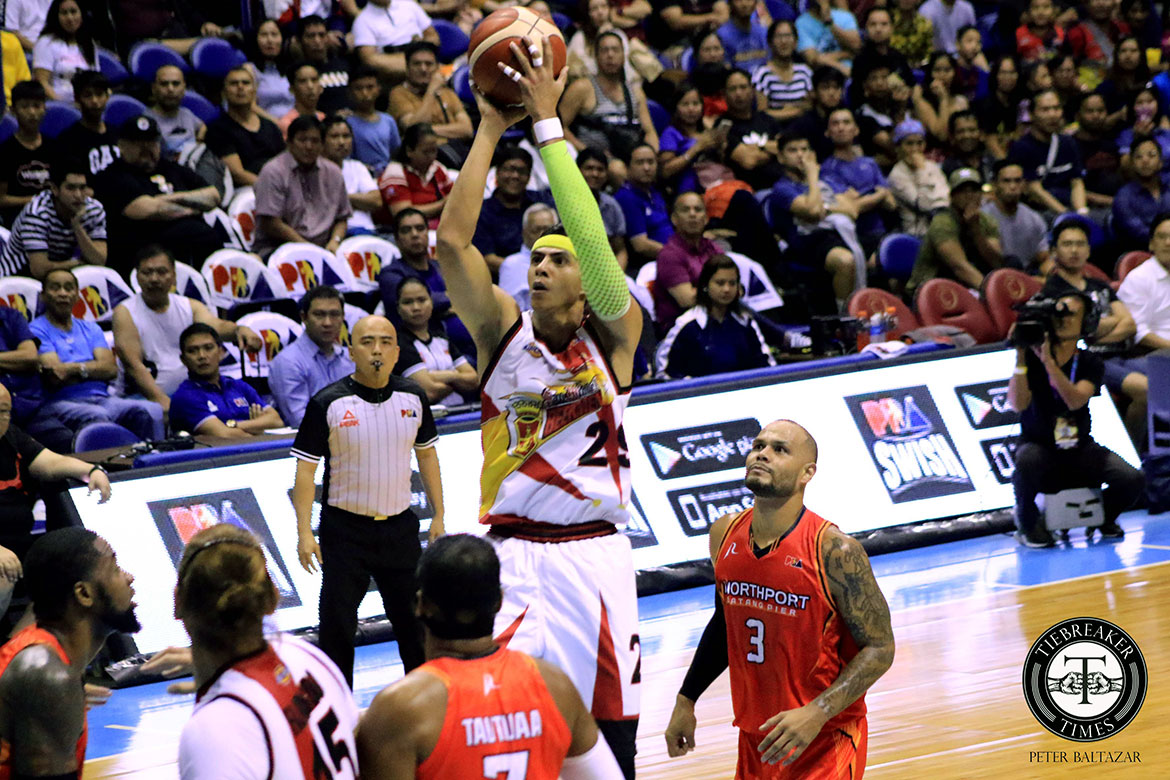 When Prince Ibeh fouled out of NorthPort’s 2019 PBA Commissioner’s Cup quarterfinal game versus San Miguel on Sunday night, it was a big blow to the Batang Pier – but a welcome development for the Beermen.

The 6-foot-10 slotman out of Texas already had five fouls in three quarters; he got the boot with 3:43 left to play when Chris Ross attacked his defense. Ibeh left the match with 13 points, 12 rebounds, and a whopping seven blocks.

San Miguel breathed a huge sigh of relief upon seeing Ibeh make his way on to the bench. Ibeh had been causing serious damage, after all, as he played a huge role in the Batang Pier’s fightback from a 17-point third-quarter deficit.

And without him on the floor, San Miguel took advantage. The Beermen walked away with the 98-84 victory in the bag.

The win served as payback for San Miguel. In their conference debut last June 5, the Beermen received a rude welcome from the same Batang Pier side, as they suffered a harsh 33-point beating, 88-121.

More riveting is that the victory blew Northport’s twice-to-beat edge, which the Batang Pier earned after the eliminations by collecting nine wins in 11 games.

The Beermen are now on the cusp of blowing up that advantage with a win on Wednesday. But Santos isn’t looking too far ahead, since they have more work to do if they want to bamboozle the Batang Pier.