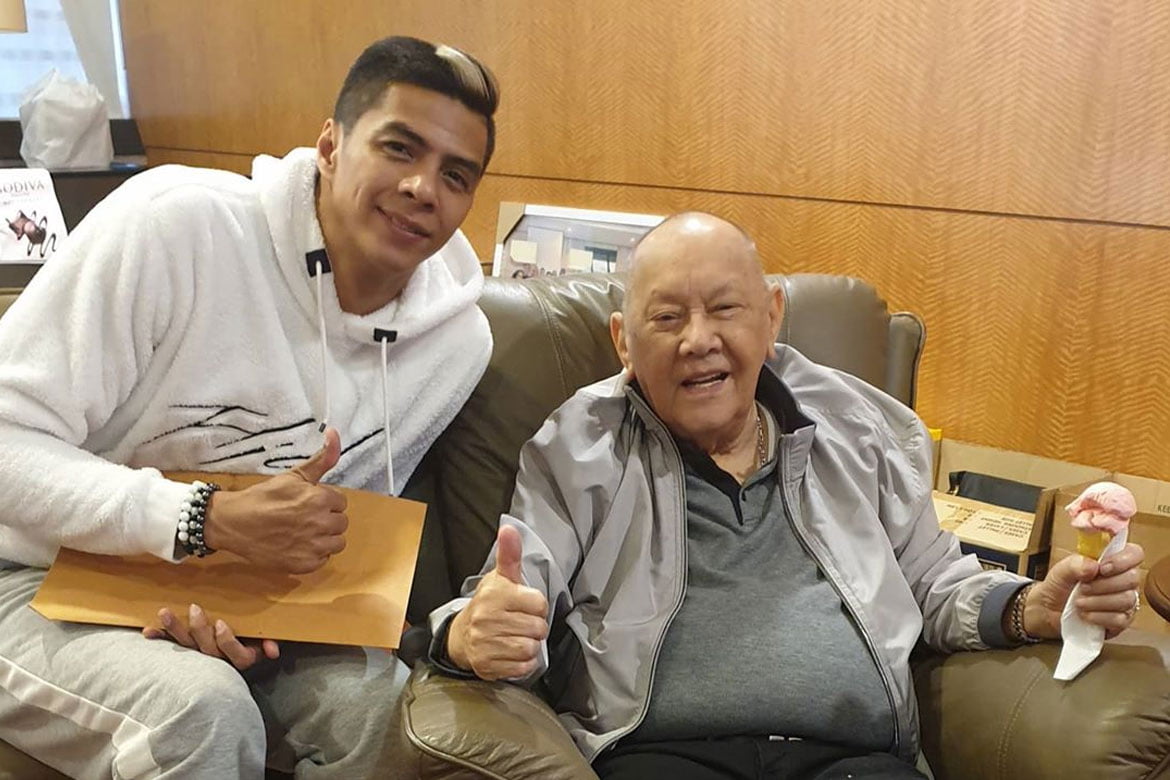 For Arwind Santos, he will always remember Ambassador Eduardo “Danding” Cojuangco for his generosity and humility.

The 2013 PBA MVP said as much when he paid his last respects to one of the most prominent figures in the country, who passed away Tuesday evening at the age of 85.

The 39-year-old also expressed his utmost gratitude to Cojuangco, the San Miguel Corporation CEO best known as a godfather to Philippine basketball.

Last year, Cojuangco was reported to have a net worth of US$1.1 billion.

Santos has been a cornerstone of SMC’s flagship PBA franchise San Miguel Beermen for over a decade now, and he has contributed much to its success.

After arriving at San Miguel in 2009, he led the franchise — which was then carrying the Petron Blaze banner — to the 2011 Governors’ Cup championship.

Years later, with the team back to being the Beermen and with June Mar Fajardo as its main man, Santos helped his side cop the 2015 Philippine Cup title.

Since then, SMB has reigned supreme in the all-local tilt, as it won the next four Philippine Cup crowns for an unprecedented All-Filipino five-peat.

Santos has won nine championships so far, which he all earned with San Miguel. He also has two Finals MVP awards and a pair of Best Player of the Conference plums.

#ReadMore  Shoulder pain does not slow down Alohi Robins-Hardy

To cap his emotional message, the multi-decorated Santos wrote that he feels honored to have known Cojuangco.

“Sending my deepest and sincerest condolences to the whole Cojuangco Family.”