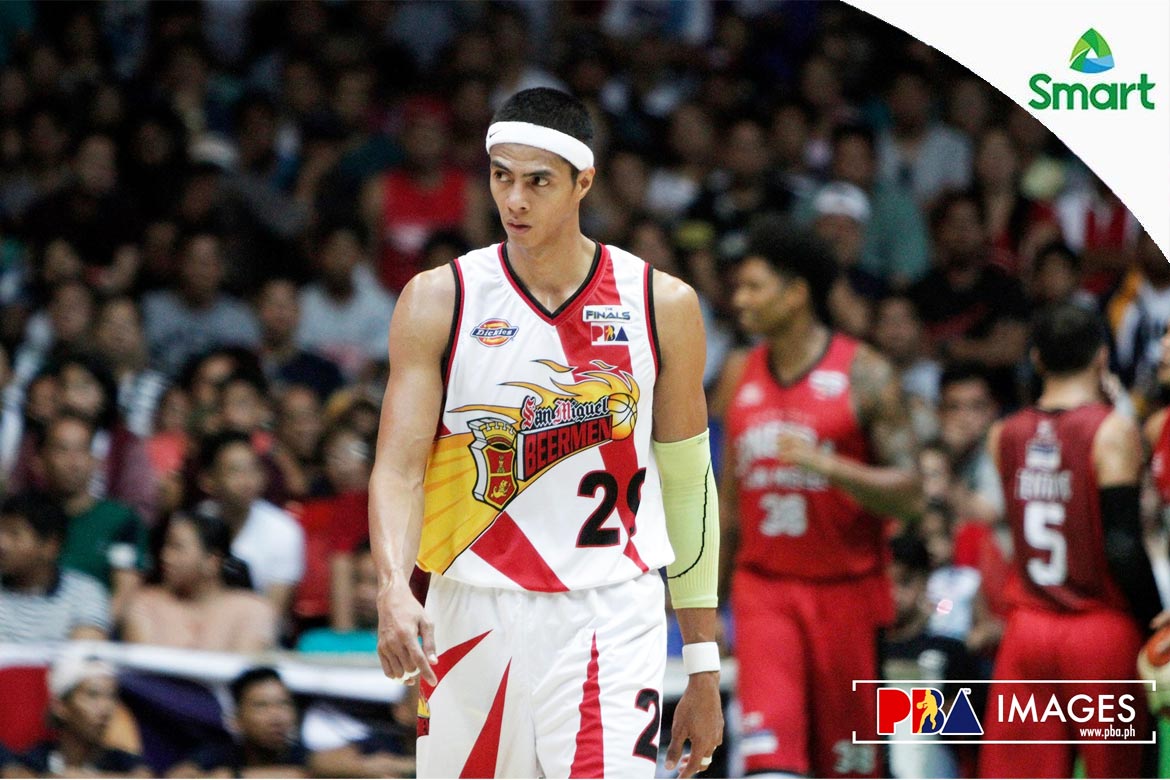 The San Miguel Beermen were on the verge of churning out the greatest comeback in a PBA Finals game, Sunday evening. With Arwind Santos leading the way, the reigning Philippine Cup champions rallied back from 26 points down during the second frame, and gained a 110-108 lead with 3.2 seconds remaining.

And they needed just one stop to complete the comeback.

Joe Devance was able to send the game into extra time, eventually leading to a 124-118 overtime win to tie the 2016-17 PBA Philippine Cup Finals series at 1-1. For Santos, though, the game-tying basket should have been waived off, alleging that multiple errors should have been called on the Filipino-American.

San Miguel fought back from a huge deficit, 33 fouls, and were without June Mar Fajardo during overtime. Santos himself was called for five personal fouls in the game. But even with the way the game had gone and its result, the former Most Valuable Player saw a silver lining in the loss.

#ReadMore  Austria looking at Zamar, others as SMB backcourt hit with injuries

And they plan to move on from this and focus on Game Three.