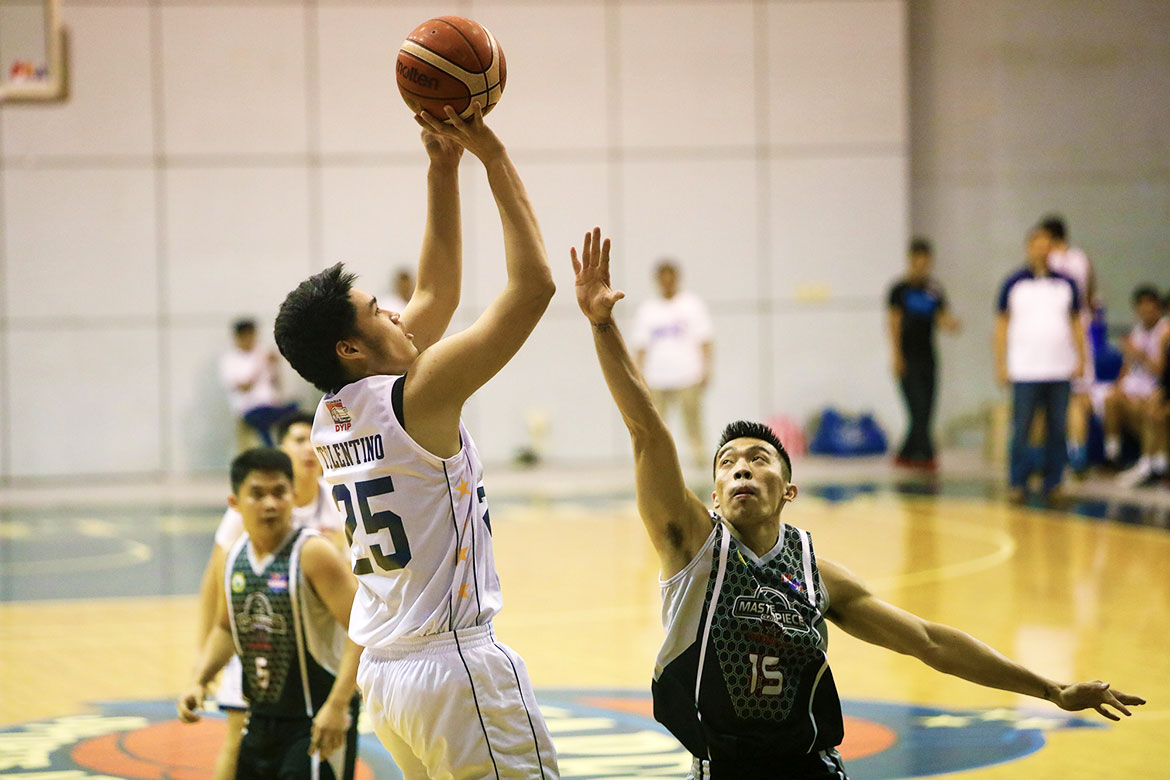 Not a few people know that Arvin Tolentino’s application for the 2019 PBA Rookie Draft had been denied.

The FEU Tamaraw was deemed ineligible, no thanks to his failure to play the required amount of games in the PBA D-League, which is seven. The 6-foot-5 stretch forward only played three games with AMA Titans in the 2018 Aspirants’ Cup.

Now, Tolentino is in the 2019 PBA D-League with the Wang’s Basketball Couriers. His spoiled Draft hopes may have been frustrating, but the 23-year-old forward is instead focusing on the positives rather than crying over spilled milk.

Tolentino is now with a team far different from the one he played with last year. Still, it isn’t much of an issue since he was able to work with some of the other Couriers such as Axel Iñigo, Radge Tongco, Gelo Vito, and Jarrell Lim.

Their familiarity was evident in their season debut Thursday, and Tolentino impressed. He had 13 points, 10 rebounds, an assist, a steal, and a block to lead Wang’s to an 89-69 crushing of The Masterpiece-Trinity Stallions.

Now, Tolentino hopes to sustain this kind of outing to further help Wang’s, who have emerged as one of the early leaders in the Foundation Group.