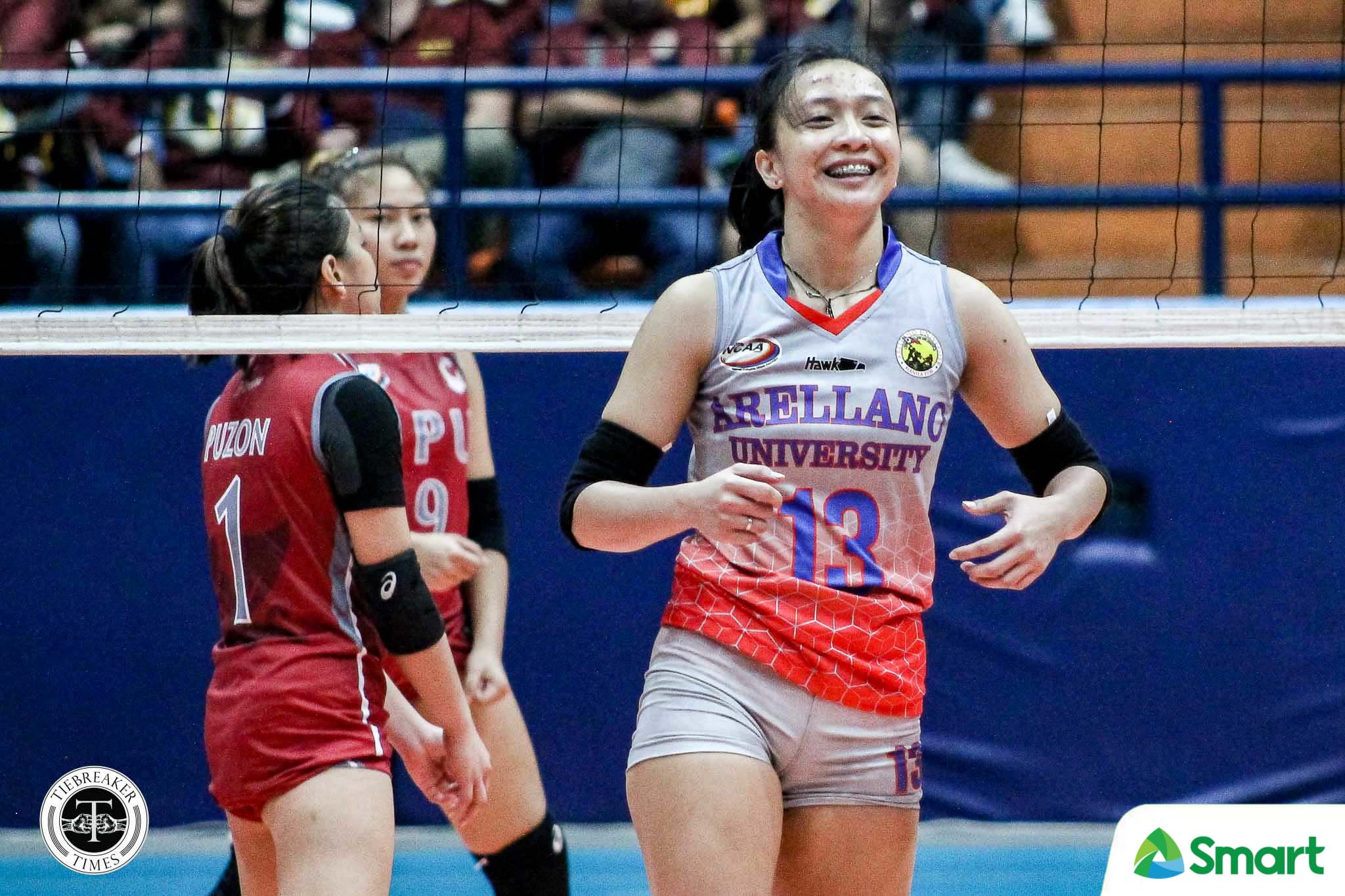 Arellano University raised the curtains to its four-peat bid on a positive note, turning back Lyceum of the Philippines University in a tight straight-set affair, 27-25, 25-20, 25-20, in the NCAA Season 95 Women’s Volleyball Tournament, Friday at the FilOil Flying V Centre.

The defending champions leaned on their main hitters Regine Arocha and Carla Donato to pull them out of danger in the opening frame, that saw Javier even oting to field in the recovering Necole Ebuen just to keep the feisty Pirates at bay.

From there, though, the Lady Chiefs dictated the tempo and created crucial separation midway through the second and third sets to formalize their breakthrough victory.

Arocha finished with a game-high 18 points. She also flaunted her all around wares, contributing nine excellent receptions and eight excellent digs on the defensive end.

Donato, meanwhile, proved to be a defensive force for Arellano. She put up all but one of the team’s eight blocks en route to 12 markers. Lady Chief setter Sarah Verutiao then generated the offense with 14 excellent sets.

On the other hand, the Lady Pirates were spearheaded by Alexandra Rafael, who had 12 points, albeit leaving halfway through the match due to an injury.

#ReadMore  Yuka Saso still in contention for US Women's Open

The Lady Chiefs shall take on Emilio Aguinaldo College on Monday. Meanwhile, the Lady Pirates will try to barge into the winner’s circle when they face San Beda on Tuesday. Both matches will be played at the same venue.