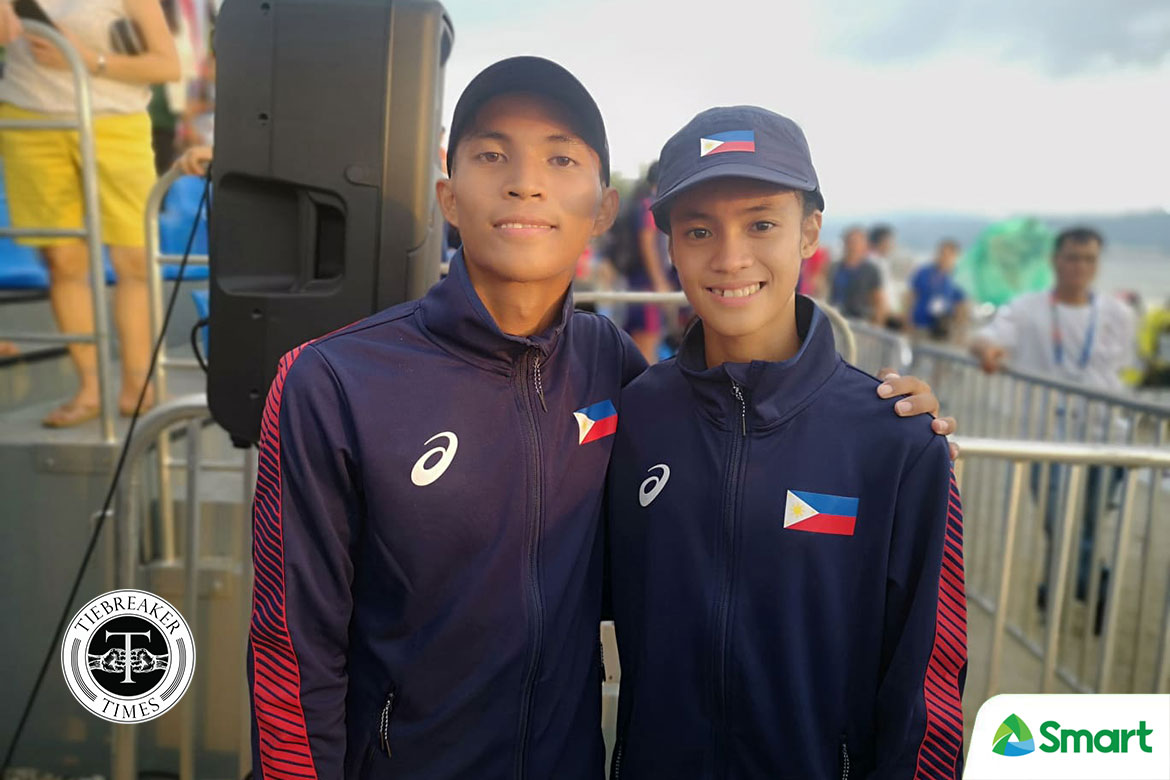 Arbilon, who finished fourth in the women’s individual event earlier in the day; and Samuel, who won silver for his division, clocked in at 13 minutes and 27.34 seconds to outclass the field of five.

The event was the ultimate test of precision and speed, requiring the competitors to hit a target using a laser pistol five times from a 10-meter distance before proceeding to an 800-meter run. They had to do this a total of four times.

Thailand’s Muktapa Changhin and Narong Deck Taparak placed second with a time of 13:28.32. Meanwhile, favorites Cintya Nariska and Frada Saleh of Indonesia floundered to third after finishing with a time of 13:59.54.

Thailand’s Natpapat Sangngio and Singapore’s Kaixin Tung finished with times of 16:17.69 and 16:29.22, respectively, to win silver and bronze in the women’s division.

Tomorrow, the beach triathlete portion of the event takes place, still at the Boardwalk.