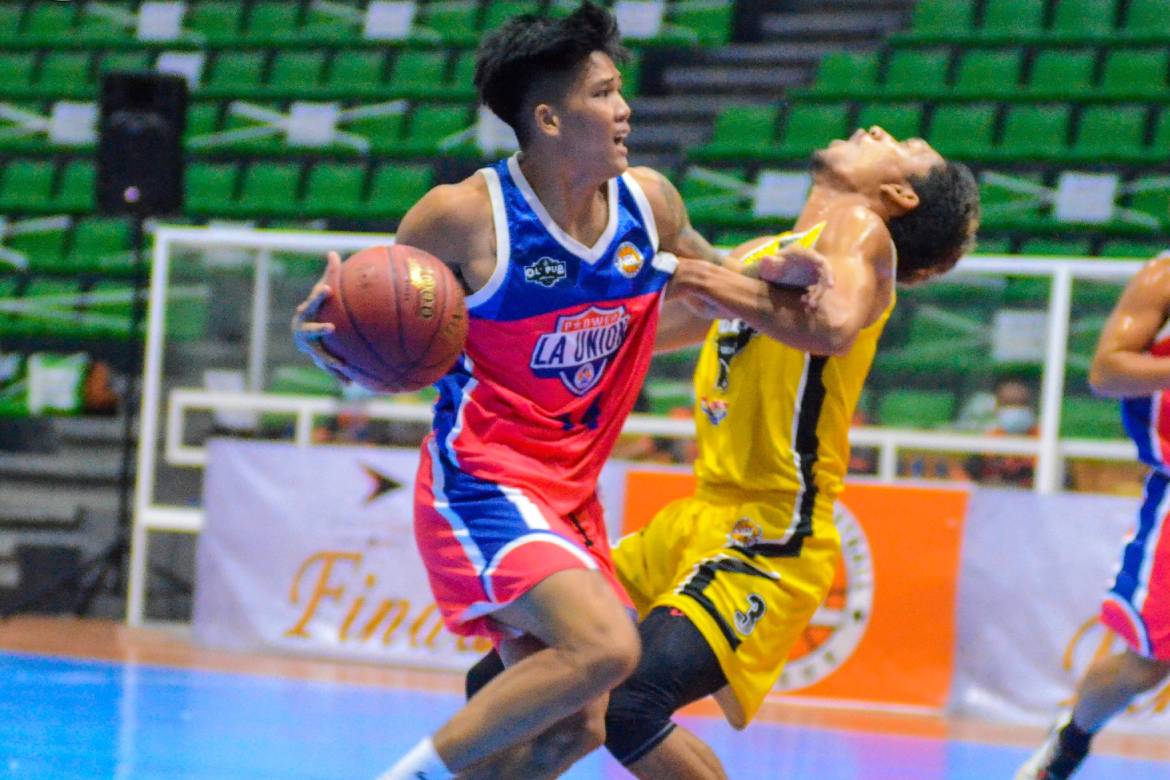 Jayson Apolonio did not allow La Union to go down in Game Two of the NBL Season 3 Black Arrow Express Presidents Cup, leading his squad to an 84-80 win over Pampanga, Saturday evening at the Bren Z. Guiao Convention Center in San Fernando, Pampanga.

With the game knotted at 80-all with less than two minutes left, Apolonio forced ex-pro Dexter Maiquez for a stop. After missing a triple — then rebounded by compatriot Ervin Silverie — Aponio knocked down the go-ahead jumper.

Levi Hernandez committed a crucial turnover afterward followed by a breakaway foul that led to a free throw from Adrian Caasi. Apolonio sealed the game with another freebie.

Against a stacked opponent, Apolonio also got some help.

Hernandez, who had 24 points in Game One, could not find his rhythm in the contest, finishing with just four points on 2-of-12 shooting.

Michael Juico previously had 14 points, five rebounds, and five assists in Game One. This time, though, hewas limited to just five points on 2-of-12 shooting while committing four turnovers.

Maiquez carried the load for the Delta with 25 points and nine boards.