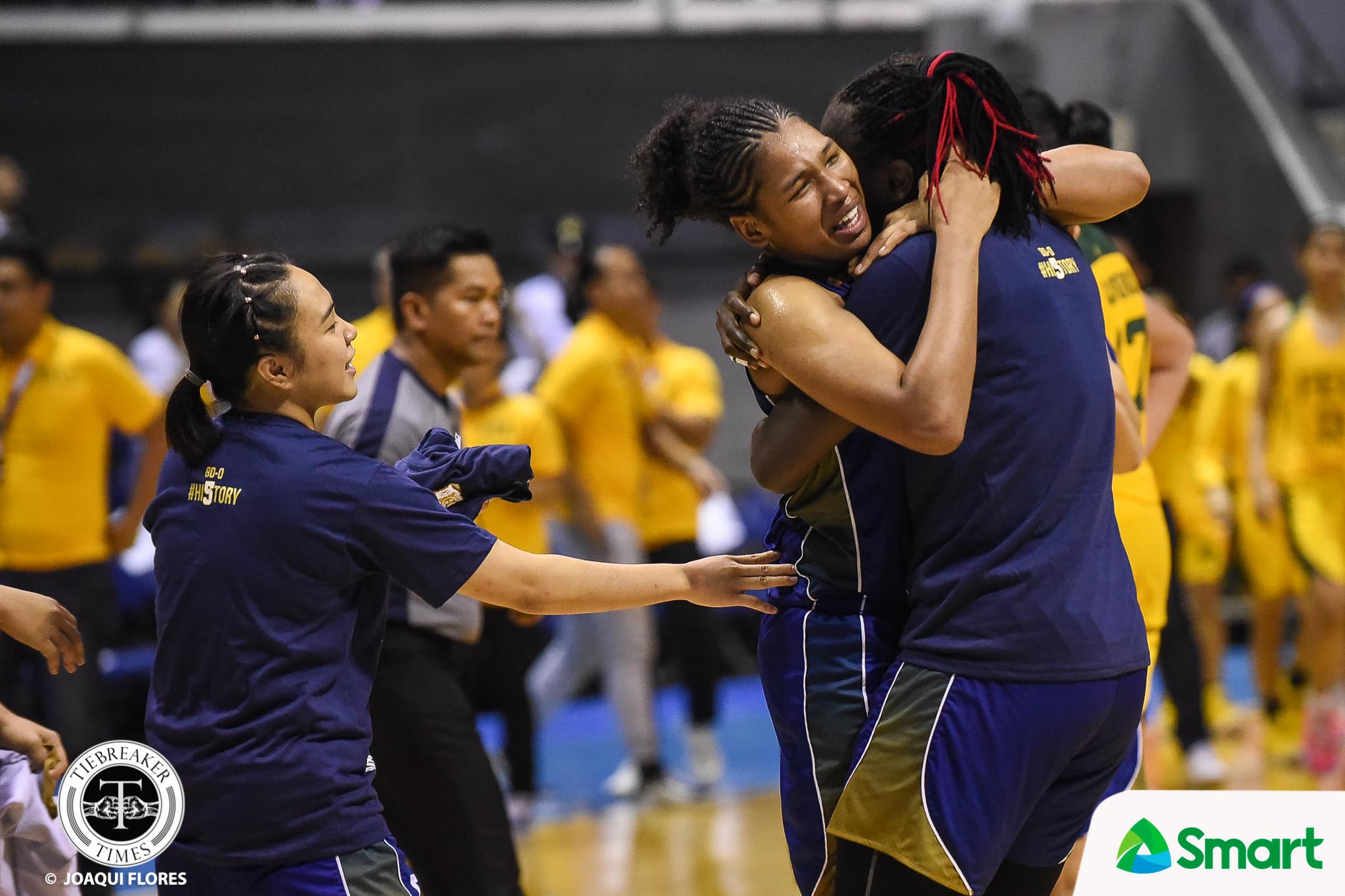 After notching the longest win streak in the seniors division of the UAAP this season, the National University Lady Bulldogs once again entered the history books.

The Lady Bulldogs picked up their fifth straight crown with a convincing sweep of the Far Eastern University Lady Taramaws, 67-61, Wednesday afternoon at the SMART Araneta Coliseum.

Besides picking up their 80th straight win, the Lady Bulldogs matched the longest unshared championship streak in the UAAP Seniors Basketball division. They tied the Ateneo Blue Eagles, who won the crown from Seasons 71 to 75.

“Wow! Amazing! What a wonderful game. And I’d like to thank these girls, the NU community that came out, everybody who have been there for us. Without everybody, winning a fifth championship and eighty straight wins… is amazing. And I’m just happy to be part of it and I hope we can continue,” shared Lady Bulldogs head coach Patrick Aquino, who with Norman Black of Ateneo hold the second-most consecutive championships for a coach in the league.

Ria Nabalan and Jhianne Layug ended her UAAP career with an unprecedented feat as well. She is the only student-cager in league history to go undefeated, as she was part of every game in NU’s undefeated streak that started back in July 13, 2014 – a 62-46 win over the Adamson Lady Falcons.

Behind a huge second quarter spurt led by Nabalan and Jack Animam, the Lady Bulldogs were able to cruise to this one. Moreover, their defense was imposing, as they limited the Lady Tamaraws to just nine points.

NU would lead by as much as 23 points in the game, before a late FEU rally ended up with the scoreline being respectable.

FEU, who will enter next season with an intact lineup, were led by Fatima Quiapo with 15 points and 10 rebounds. Mythical team member Clare Castro was held down to just six points, but was able to grab 13 rebounds and swat four shots. 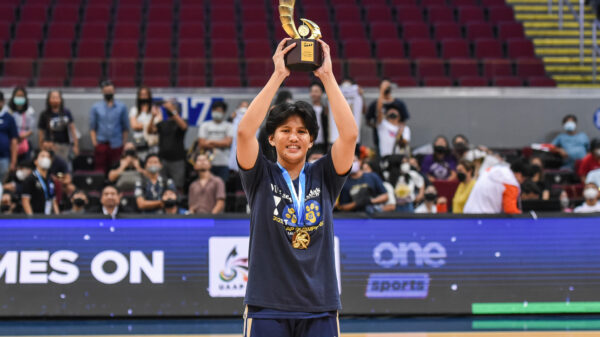 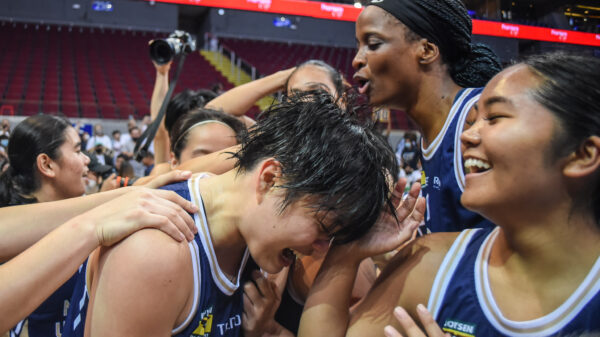 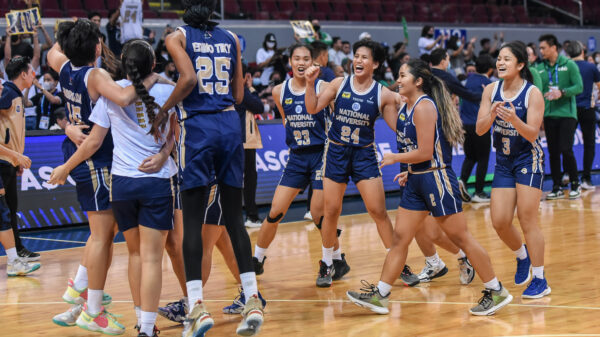