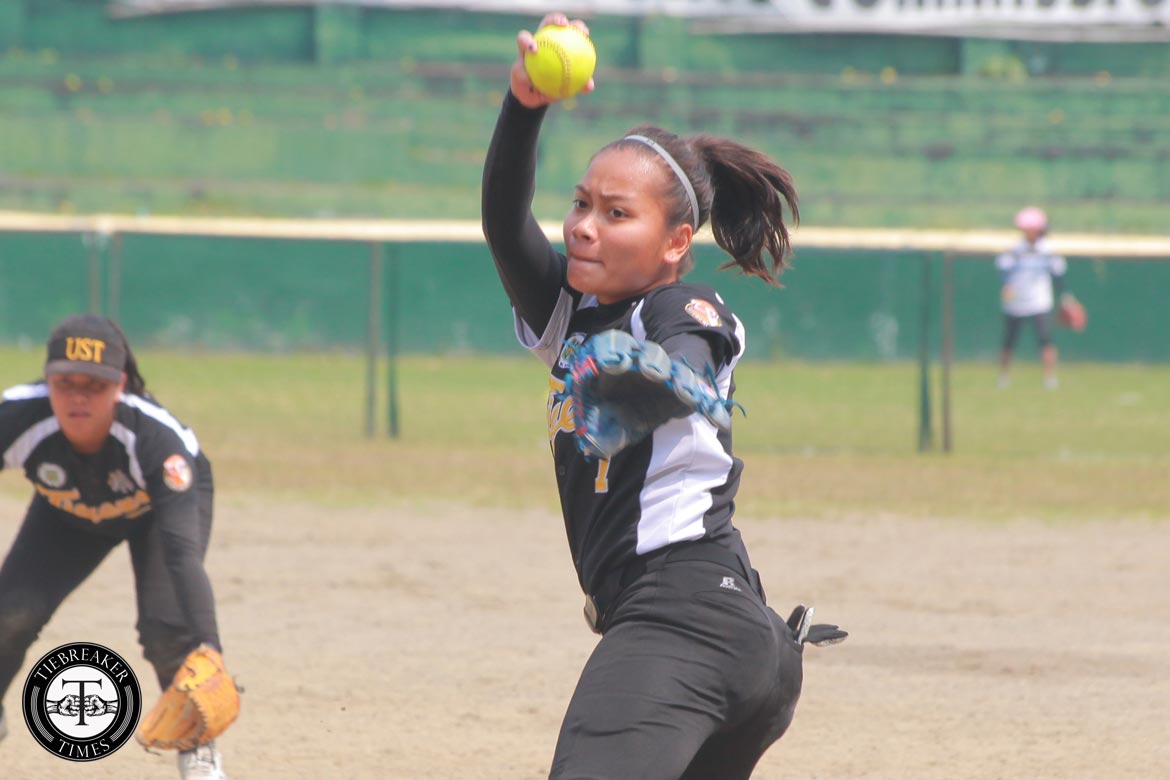 The country’s top pitcher made a triumphant return to the UAAP as Ann Antolihao steered the University of Santo Tomas Tiger Softbelles to a dominant win over the Ateneo de Manila University Lady Eagles, 7-0 abb. 5th inning, Thursday morning at the Rizal Memorial Baseball Stadium in Manila.

Antolihao, who is in her final year, was spectacular in her return to the UAAP, striking out 11 batters and giving up just three hits.

The Cebuana tore the Anterior Cruciate Ligament in her left knee during Game One of the UAAP Season 79 Softball Finals.

With Antolihao getting the job done on defense, it was UST’s top batters who stepped up for last season’s runners-up.

Hannah dela Torre opened up the scoring right in the very first inning, bringing home Tanya Belano. Errors by the Lady Eagles and an RBI single by Dela Torre in the next inning punched in three more runs for the Tiger Softbelles.

UST then battered Ateneo in the fourth inning with five hits that resulted to three runs to cap UST’s dominant debut.

Senior catcher Tin Palma paced the Tiger Softbelles by going 1-for-3 at-bat. Her sole hit was a 2-RBI single in the fourth inning. Belano punched in three runs while bottom batter Ariellyn Arreglado had two.

Still, Barredo wanted to see more from the Tiger Softbelles.

UST will next face the UP Lady Maroons on Monday, February 4 at 9:00am. Ateneo, on the other hand, will face the same team on Saturday, February 3 at 1:00pm.