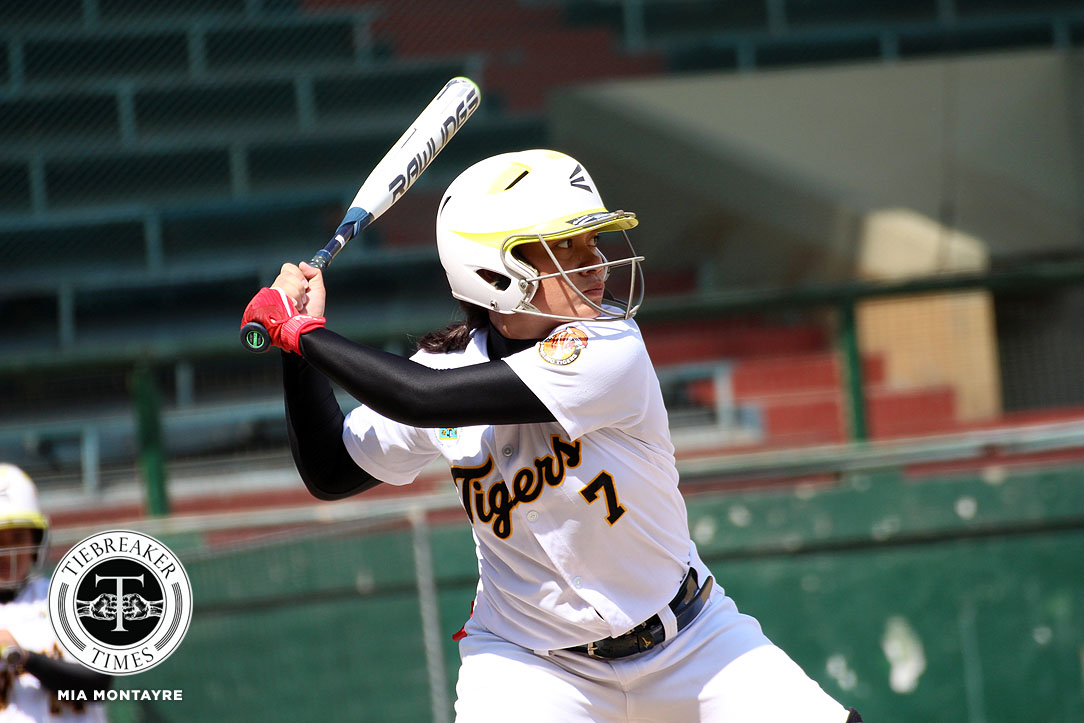 Antolihao, who hails from Cebu, had a season-high 13 strikeouts. She had 11 during their opening game of the season, also against the Lady Eagles.

The reigning Best Pitcher had a clean sheet as well. It would have been a perfect game, but a stray pitch during the fifth inning against sophomore Jill San Juan prevented her from achieving the feat.

Besides pitching, Antolihao made her first at-bat this season, going 1-for-3, including an RBI.

However, the rest of the UST offense continued to struggle.

The Tiger Softbelles could not make consecutive connections, leading to seven runners left on base.

Jessie Belano punched in the first run of the game, coming off a catching error by Ateneo first basewoman Gabby Macatulad. Lea Guevarra and Ricky Latican followed suit in the next inning.

With the win, UST remain in solo second with a 5-2 slate. Ateneo fell to a horrid 0-7 record.

The Tiger Softbelles look to get back at the National University Lady Bulldogs on Thursday, February 22, at 9:00am. The Lady Eagles take on the same opponent on Monday, February 19, at 1:00pm.